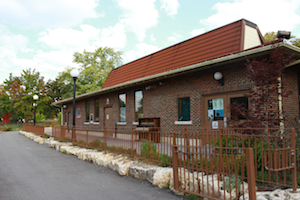 Only one group remains in the running to take over The Boathouse, a beleaguered music venue sitting on prime real estate in Victoria Park in Kitchener.

Glenn Smith, the owner of Ethel’s Lounge, and Danny Michel, a local, Juno-nominated musician, announced on their Facebook page Tuesday that they were dropping out of the bidding process because the scope of the project and renovations needed for the building were too much for the pair to take on. “We feel it is not possible to move forward without a level of risk that would be unacceptable for all of us,” they wrote.

Smith told The Cord earlier this month that he thought that the Boathouse was a “cool spot” to open a new business. “It’s a cool thing and I think it would be fun to do,” he said.

The pair had planned to call their restaurant The Jubilee Music Hall, named after the street the venue is found on.

It was previously reported that the final bids had come down to two proposals, one put forward by Smith and Michel and another put forward by a trio of small businessmen: Bill MacTavish, the owner of Imbibe Restaurant and Cory and Curt Crossman, who run the annual KOI music festival.

Though MacTavish and his partners no longer have any competition, it doesn’t mean the pressure is off. “It’s almost more stress now,” laughed MacTavish. “If they refuse us, it’s not like someone else’s is better. [Ours] was not good at all.”

City of Kitchener executive director of economic development Rod Regier explained that the process will not change now that there is only one bid – MacTavish and his partners will still have to present their proposal to the committee this Friday. Based on the presentation, Regier will make a recommendation to Kitchener City Council, likely on December 9, whether they should accept the bid or not.

“We’re looking for a vision which is aligned with the city strategy, not only with arts and culture, but for the downtown and for Victoria Park in particular,” said Regier. “It was clear from the fact that the second bidder pulled out this afternoon it’s a significant project to take on and it’s not for everybody.”

The Boathouse requires significant renovations to improve accessibility and its outdated and small bathrooms. Regier said that the City of Kitchener does have some money reserved to pay landlord costs, but that business model of the bid have to include renovations that they are responsible for.

MacTavish is still not giving away too much of what they have planned for the Boathouse should they be awarded the bid, but it’s clear they’re hoping to create a destination that will satisfy foodies, music fans and everyone in between.

“Personally I’m excited that I get a full kitchen,” said MacTavish. “With Imbibe we have a very small kitchen so this will allow us to be a little more artistic and creative with our food.”

With files from Bryan Stephens

His partners Cory and Curt will handle a diverse music program, while MacTavish will be in charge of food and drink, including a family friendly brunch service on weekends.