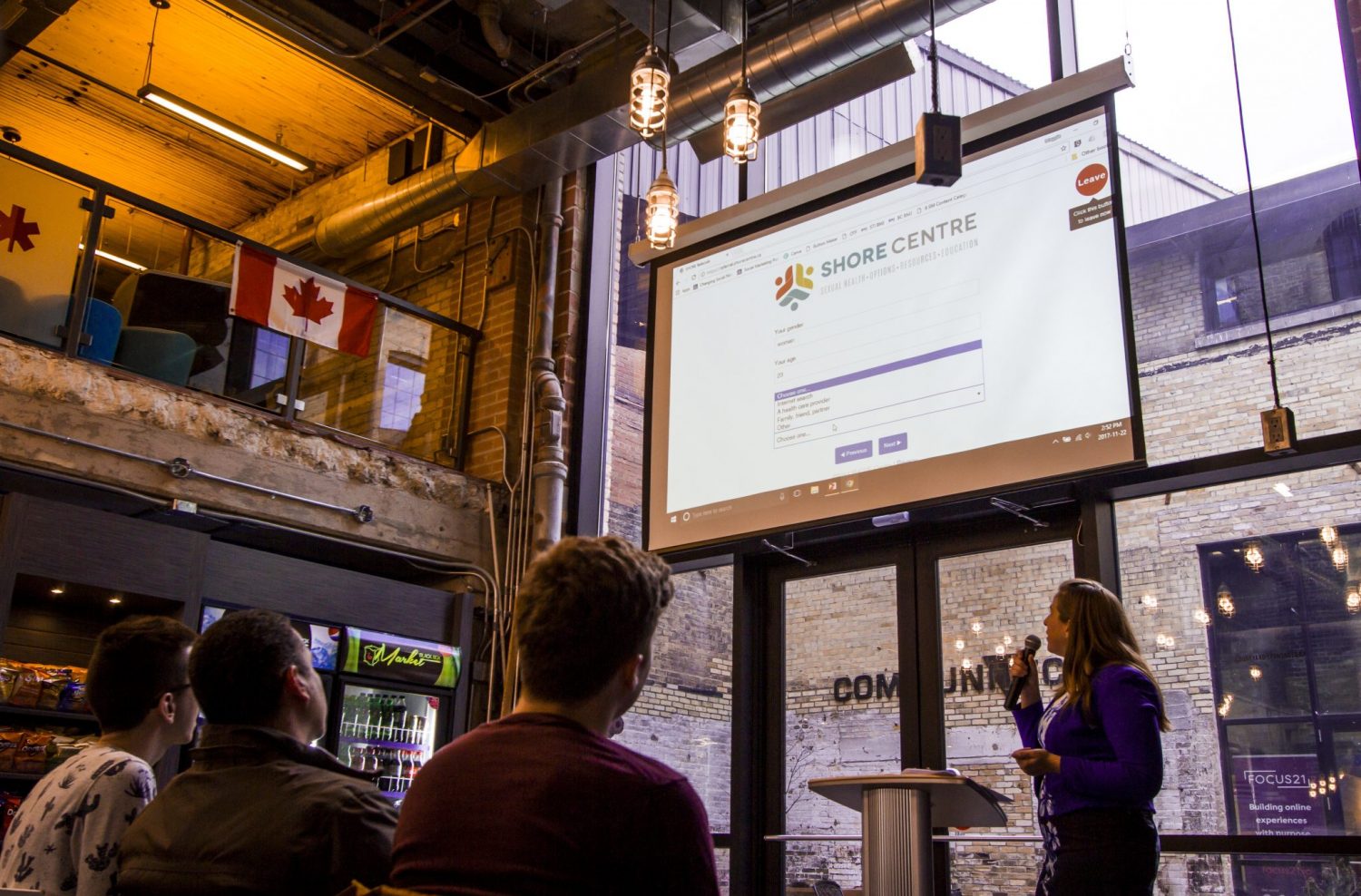 In January, Lyndsey Butcher, the executive director of SHORE Centre (Sexual Health, Options, Resources, Education) attended the Fierce Founders Bootcamp at Communitech. As the first not-for-profit to be invited into a space predominately for female leaders of tech companies, Butcher found herself thinking of ways that she could blend tech and advocacy.

“I was immersed into everything innovation, tech, all the systems and processes that they use to start up tech companies,” Butcher said.

It was after this bootcamp that Butcher developed the idea to start a web-app for SHORE’s clients. The purpose of the app would be to connect women and trans people seeking safe abortion services with medical professionals in the Region.

“We were seeing a shift [with our clients] from phoning us and coming into the office to meet with a counsellor; we saw this huge spike in the last couple of years to people reaching us via email,” Butcher said.

“We were trying to find a responsive way to ask these questions and so we thought, maybe someone can build an app for us,” she said.

Butcher started to pitch the idea to various tech companies in the Region, as well as the GTA. Some quotes were as high as $80,000 to build the app. She didn’t want to be frugal with the project, but as a not-for-profit, funds were slim.

“We really wanted a professional, secure, safe app,” she said.

She eventually met Mark Connolly of Zeitspace, a software product design and development consultancy in Kitchener. Connolly and his colleagues agreed to make a prototype for SHORE, something they could show other tech companies when giving their pitch.

“We went around and we showed [the prototype] to different people, but we weren’t able to raise any money during that time,” Butcher said.

Eventually, Zeitspace agreed to build the app for them, free of charge.

“We decided to do it because what SHORE is doing is quite important for obvious reasons. Lyndsey had really impressed us, personally. She had really done, not just her homework for approaching a tech company, but she obviously knows about her domain and working with people who need the services at SHORE,” Connolly said. “So she’s completely passionate about that and able to talk about it articulately. She had done her homework about how to translate that into an app.”

“They really listened to what we had to say which was nice, and valued our expertise in this area and they were just a joy to work with,” Butcher added. “They cared just as much about the women we serve as we do.”

As a company that consists of only three employees who are all men, Butcher stressed how important their involvement in the app was to SHORE.

“I’m sure at some point they’ve had some people in their lives access abortion care but it wasn’t a personal experience that they had and so they wanted to learn everything they could about what that looks like for people, what that experience was,” she said.

“Having gone through this with SHORE, it really helped us get a better understanding of who we are and our place in the community and how we can be doing good in the community,” Connolly said.

Unlike most surgeries and procedures, you can self refer for an abortion. This means that you don’t need a doctor’s referral; you can just book an appointment on your own. But, if you’re seeking abortion care in the Region, and a doctor hasn’t given you a specific number to call, where do you even start?

SHORE’s new web-app is a series of medical questions about a person’s pregnancy. You answer the questions anonymously, and based on your answers, the app suggests several medical facilities close by that can offer the services you need. The phone numbers are direct lines, to avoid calling a general front desk number that may not be specialized in providing that specific kind of care. Because it’s a web-app, you don’t need to download anything to your phone. There is no trace that you used this service.

At the launch event on Nov. 22 at Communitech, Butcher walked the audience through the app, showing how user friendly and accessible it is. The hope is that the app will make an impact on how women and trans people access safe abortion care in the Region, a service that has always had so many barriers.

“A year from now, we hope that about half the clients who call us go through the app. Many people who call us are already certain about their decision, they just really need that phone number,” Butcher said.