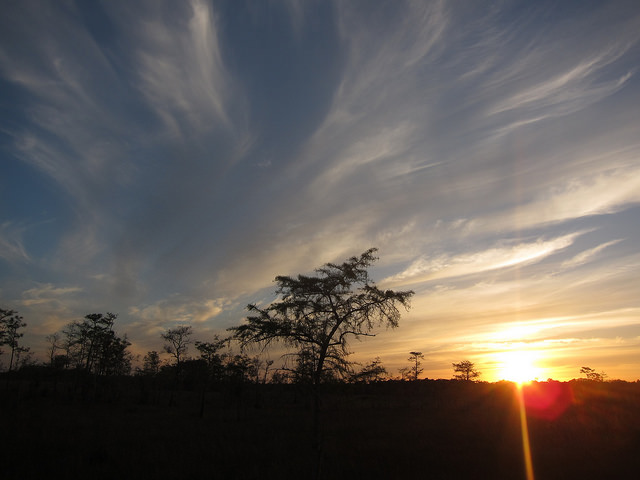 On the last Tuesday evening before Christmas, when Waterloo Region’s church yards and shop speakers were flush with tributes to Jesus, a local disciple of Buddha quietly set up shop in a basement meeting room at the Kitchener Public Library to share her teacher’s good news: your mind is like a crystal covered in sludge, but the sludge can be removed.

Kelsang Kunden, resident teacher of Guelph’s Avalokiteshvara Kadampa Buddhist Centre, has been a Buddhist nun for fifteen years in the Tibetan-inspired global Buddhist movement New Kadampa Tradition. Since May, she has been driving from Guelph to Kitchener to offer weekly branch classes at KPL.

Before class on Dec. 19 I asked her why. She laughed and responded, “Good question.”

“Well, they’re drop-in meditation classes, so the aim is that people can find inner peace, not only in the class, but learn the tools to establish it and actually maintain it during their week.”

Kunden offers such tools through a combination of meditation and teaching to anyone who shows up and pays the $12 class fee. Every class consists of two meditations: “a very simple meditation” to let go of distraction at the outset, usually focused on the breath, and another at the end which “involves contemplation and then concentration holding a virtuous, positive mind.”

Each seemed about fifteen minutes long with enough verbal pointers to fend off the worst bouts of mental wandering and sleep.

Two thirds of the 90 minute class consisted of a lecture-style teaching; the aim, as Kunden described to me beforehand, is to address present suffering (samsara, a.k.a. sludge) and potential happiness (nirvana, a.k.a. crystal):

“The teaching is principally based on how we can change our normal way of thinking, so we change our mind from a negative state to a positive state,” Kunden said.

“Normally, we expect others to do that for us, or places, or people, or situations, but we can actually learn to do that ourselves by thinking about people and situations differently, by having a positive perspective on them.”

With her Tibetan name, maroon and saffron robes and shaved head, Kunden is unmistakably Buddhist. I asked her if the classes were, too.

“These are all Buddhist teachings. But even though they’re Buddhist, these teachings are open for anyone of any background or any experience. So people can come along and enjoy the teachings and take them at whatever level they want, to integrate them into their own life.”

Seated at the front of the room next to a makeshift table shrine with a small Buddha statue, she guided our group of ten out of the first meditation and through an anecdote-filled teaching that explored the relationship between the practice of patience and the doctrine of karma.

The Buddhist practice of patience, Kunden explained, entails a genuine acceptance of suffering. Without training our mind to patiently accept problems when they arise (which they will), we have no power to maintain our own happiness in the flux of daily life. Instead, we will instinctively react with anger, always thinking: “this should not be happening to me.”

But why not? Kunden pointed out that according to Buddhist teachings on karma (the law of causal actions and experiential effects), a kneejerk aversion to pain is out of touch with the reality of its inner, immaterial causes. She suggested that whenever we experience unpleasant feelings, if we can remember they are the ripening of our own past actions, or karma, this view counteracts our thoughts of anger which, mistakenly blames other people and situations.

“Karma is a big pill to swallow for a lot of us,” Kunden said.

She insisted that learning to control our own anger is a prerequisite for effectively combatting the anger of others, like when we talk about systemic injustices such as racism, and that believing in karma can be a mighty ally.

After a concluding meditation on the crystal-like purity of our own mind, Kunden sent us on our holiday way equipped with a practice (patience) rooted in a belief (karma) that struck me as a radical call to own my daily pains by learning to identify them as pains I have caused others.

Christopher Emory-Moore is a doctoral candidate in the joint WLU-UW phd in religious studies.