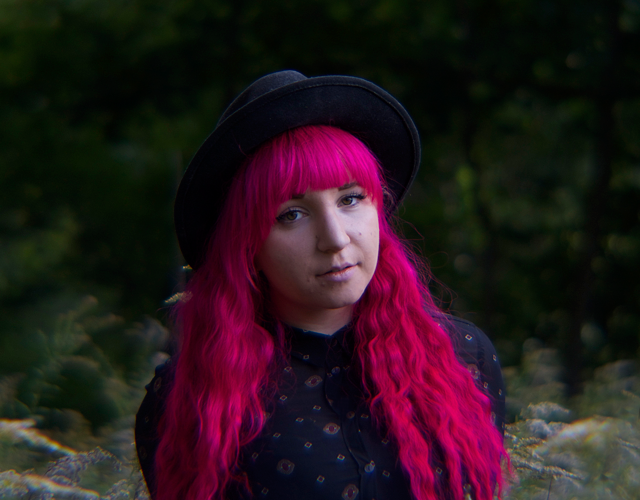 Winner of the Leading Edge Award at the 25th Arts Awards Waterloo Region, JoJo Worthington may well be the next big musical act coming out of Waterloo Region. The young musician released her first EP SOON in February 2012. I caught her as the opening act of Craig Cardiff’s December 17 show at Queen Street Commons, where I was so taken by her new song “Werewolf” that I knew I had to have a copy of her EP.

It’s been on repeat for my apartment (and my neighbours) since.

The album begins with the incredibly catchy hit “Amadeus”, a song about young love gone sour that is so easy to sing along to that even the most tone deaf (read: me) can’t resist singing along to Worthington’s high notes.

It wasn’t surprising to learn that Worthington is the winner of multiple awards including Folk Category and Best Song at 2014 Toronto Independent Music Awards and 3rd place in the Folk Category for the 2014 Indie International Songwriting Competition.

Her lyrics are thoughtful and deep, the kind that please when you really listen to each word. For example, I mistook “Grey Skies” for a cute, sappy love song until I really listened and found a beautiful story about unrequited love that is heartbreaking in its relatability.

At only 20 minutes long, Worthington’s tunes are so worth your time that you’ll be looking for more of her music. Luckily, her first full-length CD of eleven original songs is set to release this January, with a CD release party scheduled at the Boathouse for January 21. You can bet that I’ll be there ready to howl along with Worthington and if you love sweet songs, you will not be disappointed in joining me.