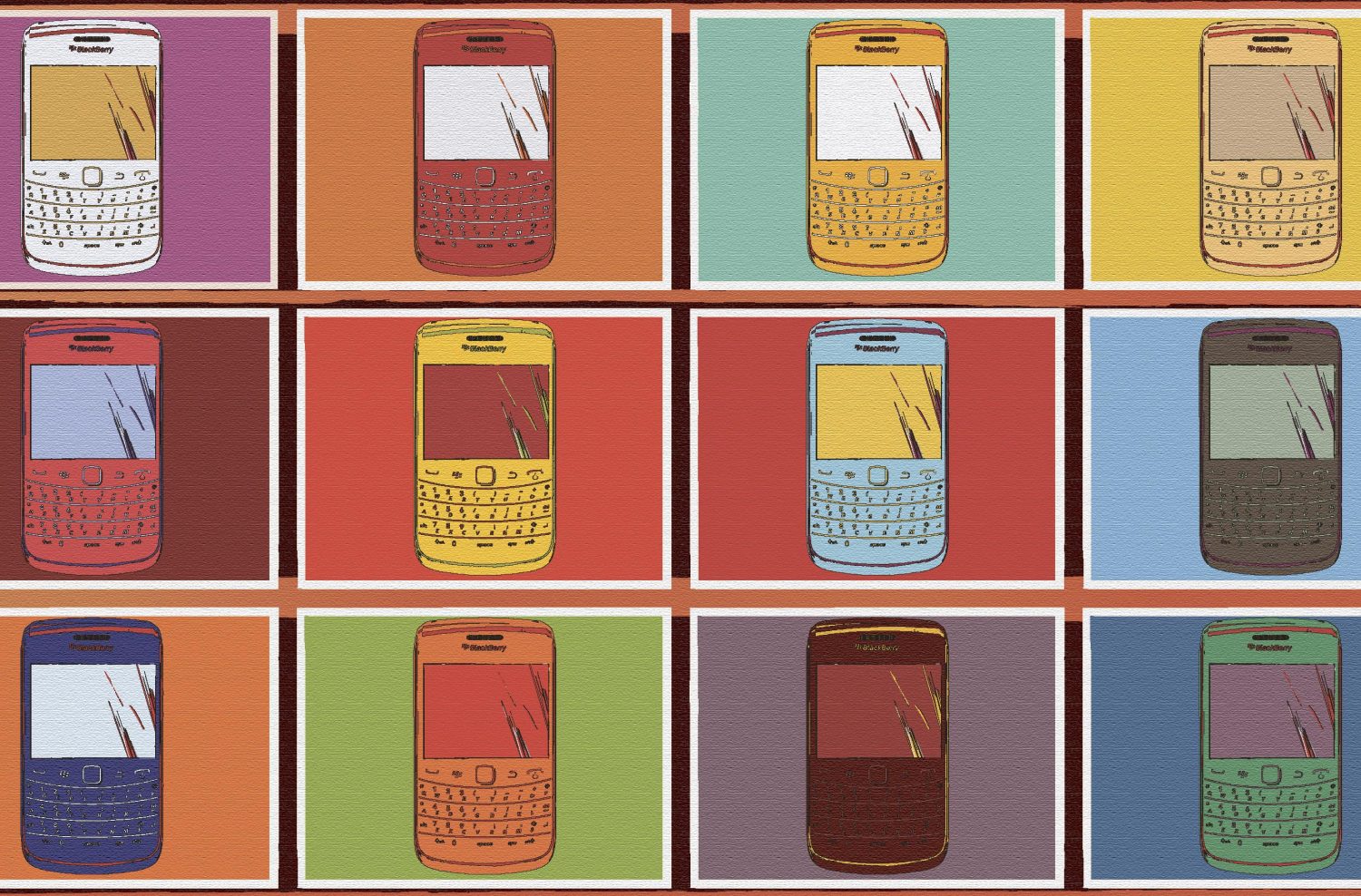 Rise of the creative Waterloovian

Art and culture are more important to growing cities than ever. HG Watson decided to go looking for where the cool is.

Waterloo has an arts problem.

At least, that’s what they say. People seem to believe that cool, fun things aren’t happening in this city, and it’s hard to convince them otherwise. Why? Is the populace too old? Is the focus on tech and science, the lifeblood of the city, too all encompassing? Or does the gleaming beacon of Toronto just an hour and half down the 401 diminish Waterloo’s light?

Yet arts and culture is certainly here. As Waterloo grows and becomes more important on the international map, it’s time to figure out the role it plays.

Fractures in the community

Joseph Chen has spent a great deal of time thinking about art and culture in Waterloo. He’s the founder of the Waterloo Festival for Animated Cinema, a now world-renowned film festival. The fest originated at the University of Waterloo’s, Chen’s alma mater, but as it grew more popular, he found himself looking for a space that could support it.

Chen couldn’t find anywhere in Waterloo that met his needs. He began looking in Kitchener and ended up purchasing the Chrysalids Theatre and L-Lounge, a theatre space in Downtown Kitchener that he now runs full time. “Waterloo has not had the benefit of having cheap, available spaces,” said Chen.

Downtown Kitchener is full of them thanks to a dearth of decaying factories and spaces. Places like the Tannery and The Breithaupt Block have been refurbished into pristine offices where big players like Google and Communitech can rub shoulders with people working out of smaller and cheaper places. “Rents are naturally quite a bit lower and that draws a significant crowd of creatives,” said Chen.

Chen also believes Waterloo has suffered because the city hasn’t put as much capital funding into the city’s arts and culture. “Waterloo didn’t inject capital in the same way that the city of Kitchener did to develop its downtown.” In years past, Waterloo didn’t need to. It had a perfectly nice downtown core. Kitchener, however, saw an opportunity to improve upon what it had.

Living in Waterloo means, for some, that you live with a dichotomy. On the other side there is Kitchener; historically working class and “scary”, if you believe some people. “People view them differently,” said Chen. “What is damaging is when they compete with each other in areas where neither of them have the resources to compete on their own or when people withhold their attendance for one kind of fear or another.”

When Chen first moved WFAC to Chrysalids Theatre, he estimates that attendance dropped 95 per cent. Old stereotypes about Kitchener are keeping people from crossing the border between the two cities. It goes the other way as well. For a certain demographic of younger folks, Waterloo doesn’t seem as dynamic as it’s rough-and-tumble little sister. “I’ve heard it often and over and over that real artists belong in Kitchener,” said Chen.

It isn’t just Kitchener versus Waterloo that divides the community, however. “There’s a ‘suburbs versus urban’ divide here, I think,” said Hilary Abel “There’s nothing wrong with either setting but the acceptance to try things in both settings is important.” Abel is well known for being the organizer of Steel Rail Sessions, a yearly party that takes place on a train to St. Jacobs. Organizing and connecting with people is her passion and while she is very good at it, you can only get people to come to what they want to come to.

It could also be that what makes Waterloo’s location so great for businesses looking for cheaper rents is what does damage for those in the arts scene. Toronto is more accessible to Waterloo residents than ever before thanks to improved GO service and a VIA connection. But even closer is Guelph, a small town with a tightly knit arts community.

Some of these disconnects carry enough historical baggage with them to fill a cargo plane. Others simply came with the advent of technology, the growth of the universities or, as many of those interviewed noted, a lack of communication. Ask average Joe Waterloo why he didn’t go to the gallery opening last night and he’ll respond, “I didn’t know it was happening.” People are doing wonderful and interesting things. But it’s hard for people to find them.

A model of arts growth

On the edge of the American South-West, there is an oasis of culture and cool; Austin, Tx. It’s founders, buffalo-hunters, would be shocked today to find a city that has become known for two things: it’s booming tech sector (the city is home to Dell computers amongst other tech companies) and its vibrant cultural scene.

The capital of Texas is also the place you can see emerging bands and eat some of the best food to be found in the United States. It’s a city that is lauded for having the best of both worlds; a growing economy coupled with culture that makes its residents happy.

It’s this kind of scene that Betty Anne Keller and Beth Rajnovich envision as Waterloo’s future. The two City of Waterloo workers (Keller manages arts, cultures and festivals and Rajnovich works in policy) have been charged with undertaking Waterloo’s new culture plan; a comprehensive study and eventual blueprint that will guide Waterloo as they attempt to funk things up a little bit.

It’s a process most cities now consider essential to their development, both economically and culturally (Kitchener completed a culture plan of their own a few years ago). The last time Waterloo had a comprehensive plan was 1952— a recreation plan in 2008 however saw the need to start addressing culture planning in the city. Waterloo’s is a massive undertaking has already been going on for a year.

It’s at this point in the conversation you can’t help but bring up Richard Florida. The University of Toronto professor put art on a lot of cities radars with his book The Rise of the Creative Class. Where once a city may have focused on simply bringing in more jobs, the concern is that people’s creative needs are being met. “Definitely one of the things we’re doing is looking to other cities…what can we borrow from other cities to achieve [the culture plan’s] vision,” said Rajnovich.

“I think the younger people living in the community…would like to see things a little edgier,” added Keller. She’s over 50, but keenly understands the tension that is mounting between the younger generation of students and young professionals who are staying in Waterloo, and the older generation that is used to having their city be a certain way.

Florida’s work comes up often in Rajnovich’s and Keller’s conversation and documents. Their eagerness to support innovative culture is shown in how much they have thrown their support behind Dan Lauckner. Lauckner, the organizer of KDUB.ca, puts together the Waterloo Zombie Walk along with Shake – and – Skate, DJ’d skating parties on the rink in Waterloo Public Square.

Another arm involved in the creation of the culture plan is the Creative Enterprise Intiative. Much like a small business accelerator, CEI provides resources for creative businesses who need funding for projects. Their goal is to foster a sustainable creative economy. Thus far they’ve helped Kwartzlab in Kitchener get money for a new laser cutter and assisted the Koi Music festival get publicity outside the Waterloo region market. “At the end of the day it’s about economic prosperity in the region and making sure that this community is competing for talent on a global level. We need to shore up our offerings in the creative sector to be able to compete on that level,” said Heather Sinclair, the CEO of CEI.

While the actual plan is ways off, the department has begun reaching out to the community. At any one of these events, everyone who cares (the City calls them community stakeholders) comes to chat about what they want in Waterloo. The ideas fly fast and furious as they try to take everything down. Still, some are skeptical. Can a cultural scene be made and not created by the grassroots?

From the bottom up

For some organizers, getting people to come out has been no problem at all. Charlotte Armstrong, Ryan Consell and Eric Moon would certainly agree. The three are the organizers and founders of K-W Nerd Nite. It’s part of an international network of events where amateurs and professionals get together to talk about whatever gets their engine going, be it astronomy, peregrine falcons or Robocop. Three participants give an entertaining 20-minute spiel and the rest of the night is spent playing trivia – which gets pretty nerdy and a little giggly, as you can imagine.

“It’s a social opportunity for everyone,” said Armstrong. At their events, they get everyone from undergrads at University of Waterloo to retirees. If people show up alone, Armstrong will happily introduce them to a new friend (and in a few cases, those friends have gone on to become significant others).

They’ve promoted their events almost exclusively through social media and word-of-mouth. While they to have encountered difficulty with communications, they’ve still managed to enjoy some relative success with events. “There’s more freedom to do events here,” said Moon. “In Toronto, there’s a lot of different communities mashed into a small area. Here because it’s smaller, there’s a little more freedom.”

Abel echoes this sentiment. Steel Rail Sessions has gotten bigger each consecutive year she’s taken on the project. “I lived in Toronto for 24 months and didn’t make a single friend…but when I moved back here I instantly felt like I was connected to a lot of different groups of people,” she said.

We typically think of arts and culture as going to the symphony; viewing paintings; seeing a band; and maybe going to a play. But in K-W, culture can mean a lot more things. It can be the kind of nerdy fun promoted by Nerd Nite (which makes a lot of sense given that there’s probably more computer geeks in Waterloo than any other place in Canada), or it can be, as Chen pointed out, talks at the Perimeter Institute or the Centre for International Governance Innovation. If we pull back and broaden the scope of what we consider to be culture, it becomes clear Waterloo has it in spades.

The attendance at WFAC did recover. “Eventually the people who valued our work would find us,” said Chen. Abel purposely wanted to have Steel Rails on a train because it became about exploration and adventure. People responded to this enthusiastically. Lauckner in fact enjoys that his events bring a smaller crowd. It’s not the number but the feeling, that of intimacy.

There’s no magic formula that makes a city cool (Toronto’s been searching for one for years). Waterloo has a lot of cool creativity hiding in itss streets; now you just have to find it.