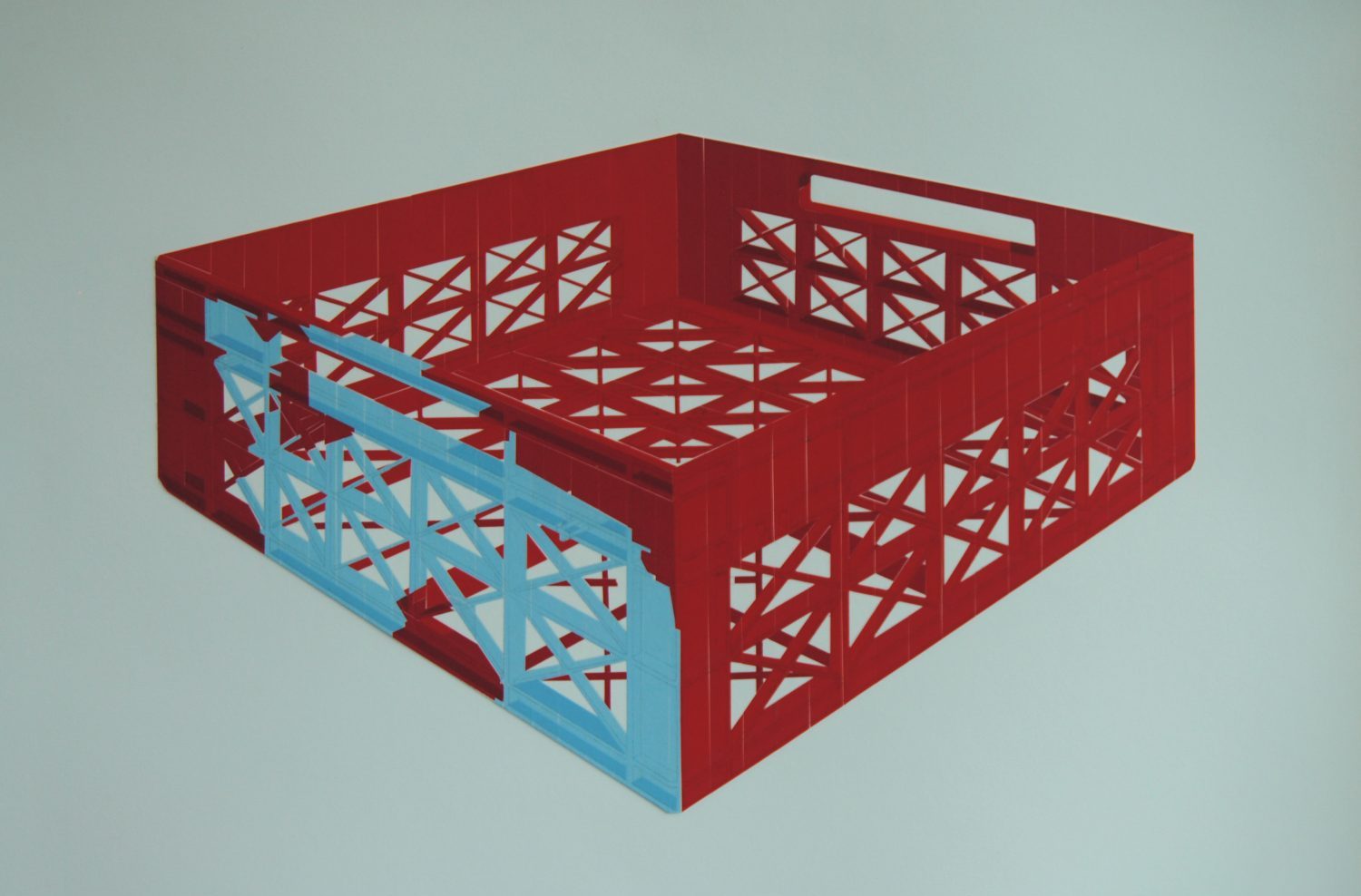 As a being with limited perspective, do you truly understand how you inhabit the space around you? In his latest exhibition, In Finite Space at Open Sesame, Stephen Lavigne reveals to us the insufficiency of a single perspective and point, by collapsing space into a flat image and revealing infinity in the singularity.

While milk crates are his most recent muse, his past work includes studies of trailer homes, filing cabinets, and other organizational supplies. And though his choice of seemingly mundane and somewhat eclectic subject matter might be puzzling at first, his past work reveals aesthetic continuity. At his artist’s talk on October 19, Lavigne explained that he simply chooses subject matter by what he finds intuitively attractive, which is primarily geometric objects with sharp edges and elegant curves.

Lavigne pairs his collection of beautiful objects with equally elegant ideas. As the play on words In Finite Space indicates, Lavigne’s latest work illustrates spatial concepts. He removes his subject matter from the world of lived experience by mechanically rendering its form, and then employs the abstracted shapes to demonstrate technical concepts like space, perspective, and infinity. For example, the piece “Single Cubic Unit” is a perspective drawing of green and white milk crate but it also demonstrates the fallibility of an individual perspective to understand an object in space. The acute attention paid to perspective and shadow in the creation of the drawing produces the illusion of “a cube of space” on the paper. However, much like an M.C. Escher drawing, the crate is depicted at such an angle to create optical confusion about whether you are looking at the inside or outside of the cube. 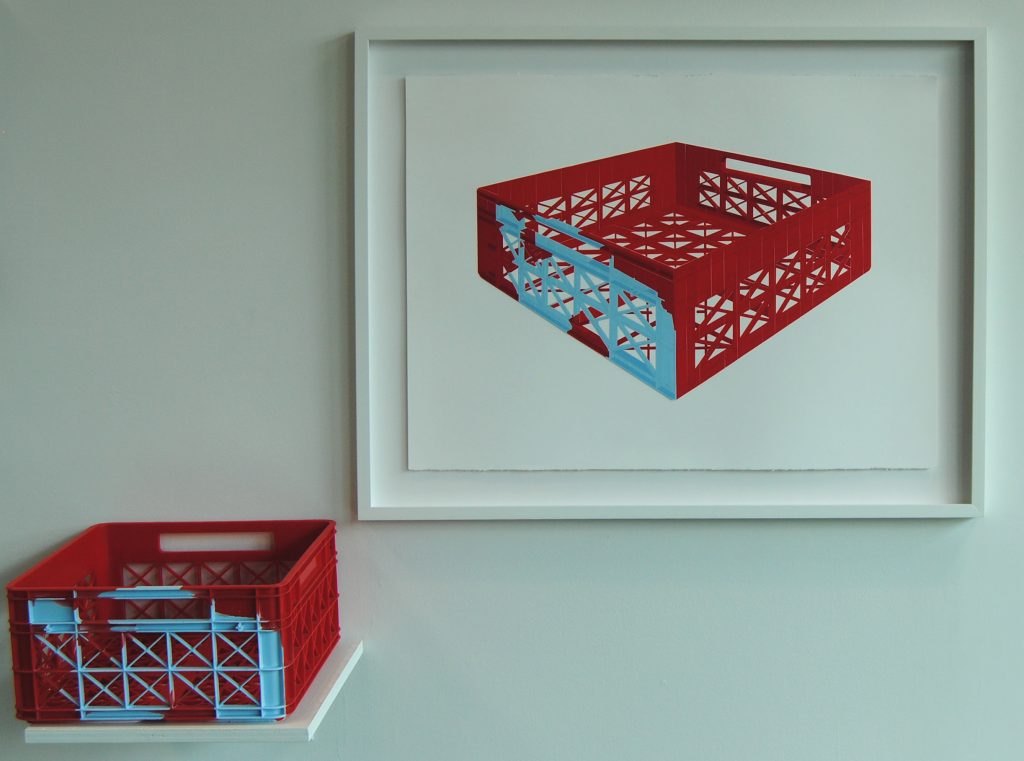 The reverberation between the two perspectives visually collapses the cube into a flat image and, in turn, draws the viewer’s awareness back to the materiality of the art piece and reminds them of its “objectness.” This confusion about the art work’s status as two- or three-dimensional object questions the viewer’s reliability to truly understand it.

Lavigne also says he is interested in hybrids, things with two functions, pointing to the flat/sculptural, moving/static, and conceptual/formal nature of his work as instances of hybridity. Another hybrid I noticed is that his work is both methodical and expressive.

“When people first see my work, many think I am a very organized person, but anyone who knows me knows that is not the case,” he says.

Despite his self-described mechanical process, he is working with materials that are by their nature unpredictable, and yield imperfect results. These more expressive outcomes are evidence of Lavigne’s relaxed and playful character. Lavigne says he is happy to let these little imperfections and his handiwork show through, calling them “ghosts of the process.”

Pondering his choice of organizational subject matter despite his messy tendencies, Lavigne posits that “perhaps the choice reflects the goal of organization in my space and in my head.”

You can catch Lavigne at Open Sesame during Night\Shift, on November 5, where he’ll be running a collage party from 7 p.m. until 10 p.m.