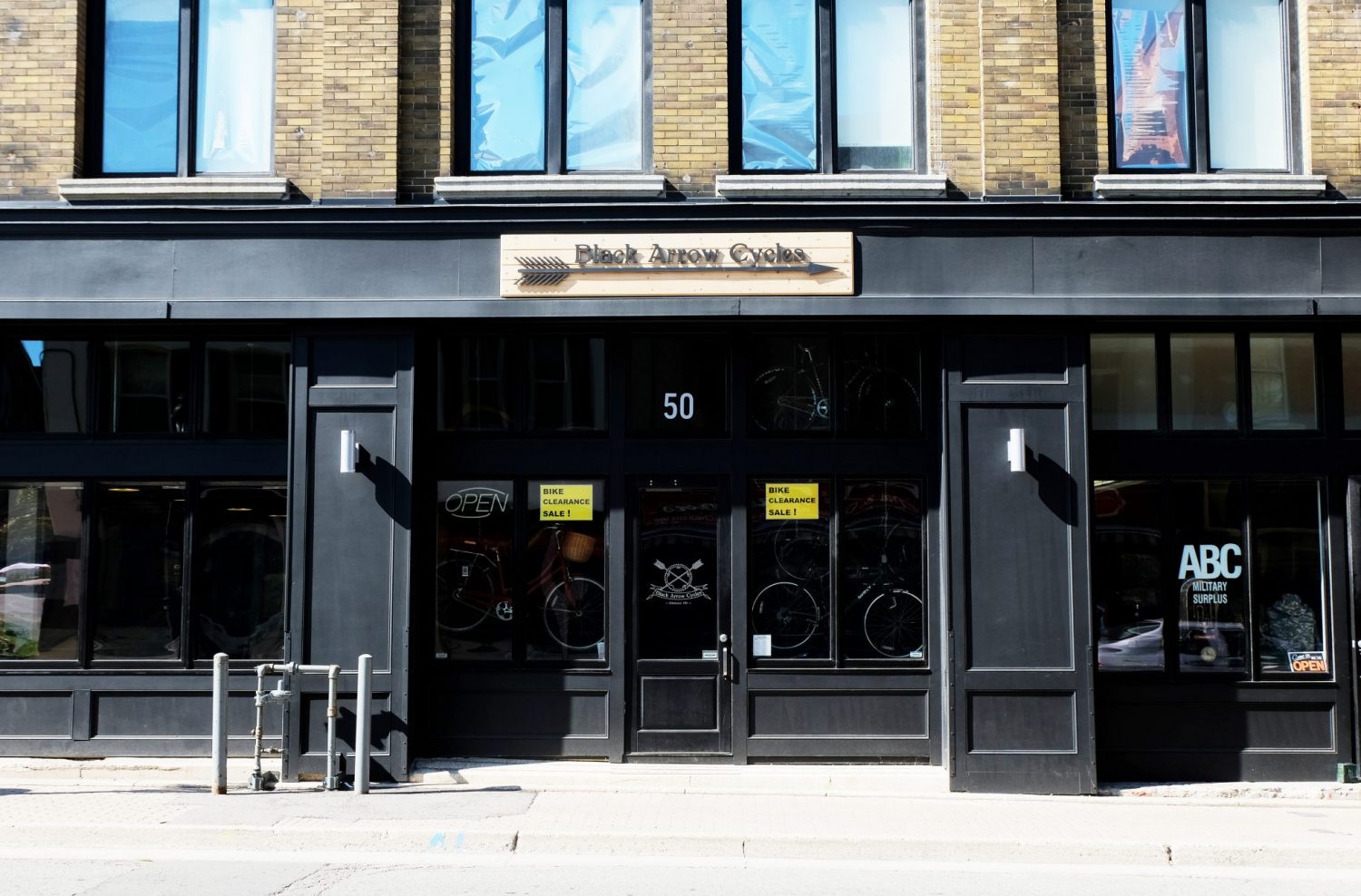 Alright, I have a confession to make.

There are more bikes in my garage than people who live in my home. In fact, it’s about a 2:1 ratio.

And I have a number of friends whose ratio is even higher than that; my neighbour’s garage looks like it could easily be converted into a bike shop in a moment’s notice if needed. In fact, it has acted as exactly that at times, when my neighbour has encouraged me to bring my bike over for a quick repair.

Of course, not everyone has access to a neighbour’s garage turned bike shop like I do. Fortunately, we have a number of great local bike shops right in our Region. I would like to highlight some that are close to my heart if you’re looking to get more involved in cycling, or discover somewhere new.

I first moved to this area over 20 years ago to attend the University of Waterloo. I knew I’d be relying a lot on my bike to get around. I soon realized that my old mountain bike from high school that was basically stuck in one gear was not going to be my friend on the hillier roads of Waterloo Region.

McPhail’s, at 98 King St. N in Waterloo, was the first bike shop I was introduced to way back then. I soon learned that McPhail’s actually has been around since 1916! Many of their staff are experienced cyclists, some even compete professionally. In fact, McPhail’s is a sponsor of the Waterloo Cycling Club which offers members access to a variety of races, rides, and other events. In addition to bikes and accessories, McPhail’s is well-known for its line of hockey skates and gear.

Further down King Street, you’ll find Ziggy’s Cycle and Sport at 417 King St. W in Kitchener. Ziggy’s opened in 1985, having started out in a garage-sized store, likely not much different than my neighbour! Ziggy’s also supports local cyclists by offering a variety of events and sponsoring a number of charitable rides each year. They offer speedy repairs too, guaranteeing a 24-hour or less turn around time (if you book ahead and all parts are available of course). This can come in very handy for those cyclists who rely heavily on their bike for transportation.

A short bike ride away, you’ll find Black Arrow Cycles, at 50 Queen St. S in downtown Kitchener. Of the three cycle shops I have mentioned, Black Arrow is the ‘baby’ of the bunch, having only opened in 2015.

However, it is owned and operated by Jesse Robertson, who has a long history and knowledge of both riding and fixing bikes. He was a long-time familiar face at the Working Centre’s Recycle Cycles shop before opening Black Arrow. He also once rode his bike from St. John’s to Vancouver in 43 days!

I appreciate Robertson’s approach with customers, as he always offers you his time to explain what work needs to be done and why, and offers a variety of options to fix it. As someone with little knowledge of bikes, other than the fact that I love riding them, I really appreciate the mini lessons Robertson provides.

He’s also happy to discuss things in far more detail and at an advanced level, if that’s more your style.

Local bike shops offer a lot of benefits that some larger stores don’t, such as experienced staff with a strong knowledge of local trails and routes. Local shops are also often deeply connected to the neighbourhood and city they’re in and support local cycling clubs, events, and charitable causes. Plus, most of the staff tend to be cyclists themselves, so they enjoy simply talking about bikes and take the time to share that information with you.

Though some of the prices in these local shops are higher than big-box stores, the quality of products and service definitely make ‘shopping local’ worthwhile.