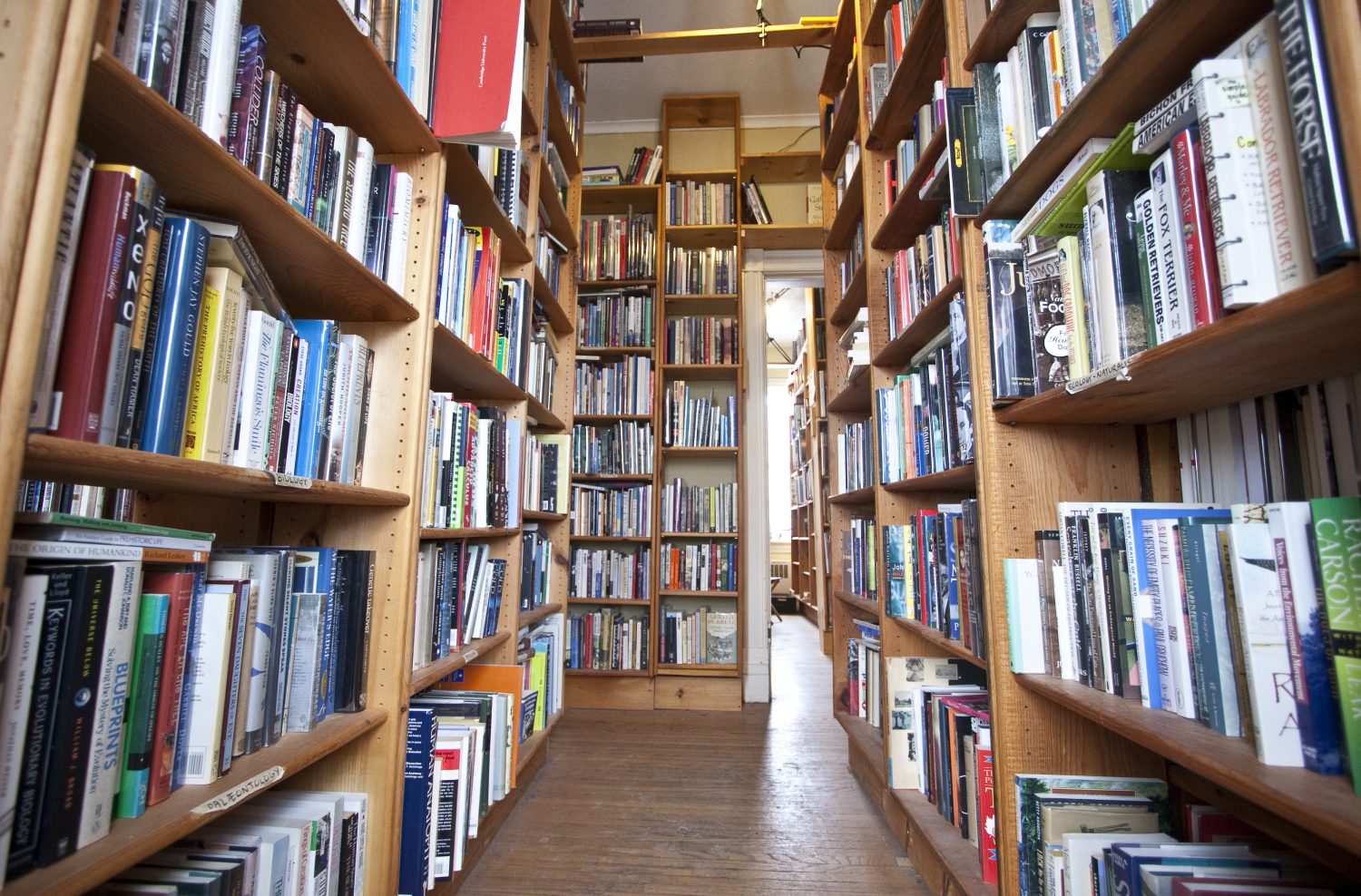 Old books in a new age

Visiting used bookstores around the area, CCE Contributor Colleen Connolly investigates their sound position in a digital world and what the future holds for the written word

Floor to ceiling makeshift shelves, tightly packed with an ancient, musty medium, line the quiet, crowded rooms of Old Goat Books in Uptown Waterloo. These volumes have supplied Michael Loubert’s basic income for the past 12 years since he and his former co-owner Scott Wicken first started the business after gaining experience working at Second Look Books down the street.

Managing a used bookstore stands apart from entrepreneurship, however, because it is not substantially lucrative but provides fulfillment in ulterior ways.

“An entrepreneur is somebody whose involved in capital and manipulation of capital and there really isn’t a lot of that in the used book trade,” said Loubert. “I mean you can play around with your stock and try to make some money but the returns are pretty marginal.

Owning a used bookstore can offer a comfortable living in a modern technological era, one that independent bookstores, who are forced to compete with the likes of Amazon and Chapters, have not been able to withstand.

Prior to teaching print communication and culture at Wilfrid Laurier University, Gregory Cameron managed a bookstore in Halifax during the late 1980s when book super stores were on the rise and forcing smaller stores out of business.

“It wasn’t really whether or not people were buying books that drove the small bookstores out of business, it was the amount of profit per book,” said Cameron. People were still buying books, but larger stock and variety had them flocking to chains such as Indigo and Chapters, where they bought their publications for a fixed price, despite the profit that the company was receiving due to having bought the books in bulk. Being smaller in size, independent bookstores were forced to pay more for less and could not keep up. But used bookstores can bargain their own price.

“You can’t really compare used bookstores to a retail bookstore because the situations are completely different. I’m not buying books from a wholesale distributor, I’m buying them from the public,” said Loubert.

Loubert acquires most of the books in his shop from locals who have brought them in and received a small sum in return, or conversely store credit. Tom Konyndyk however, who started White Rabbit Books two years ago in the smaller market of Georgetown, Ont. has had to gather the majority of his inventory from book sales and thrift shops.

“We’re basically just using our liberal arts education and our instincts when we look at what we want. And also, you get a feel for stuff that’s sat on the shelf,” said Konyndyk. Having to seek out what comes into his store, Konyndyk has developed a sense of what to look for and what to avoid.

“What you have to be careful of is stuff that dates rather rapidly,” he cautioned. This applies to travel books and textbooks in particular. However, Konyndyk added that there’s a large market in nostalgia books, old reads that people experienced as kids, this category often intersects with collectables. “In the used book business, there is a collectability factor,” said Konyndyk. “[But] just because a book is rare doesn’t mean it’s going to be valuable. Some books are deservedly rare.”

The public’s interest in rare and old publications pushes against the surfacing threat of books being read digitally, which could have the potential to put even used bookstores out of business.”

Just in the last few years there’s been the impact of the e-book and e-readers and that’s mostly affected the best-seller mass market sale which has shrunk,” said Loubert. “I’ve shifted the focus of the store away from that and more towards the books as cultural artifacts as well as books being very interesting, they’re attractive and they furnish a room.

“Just the fact that you’re handling a book that is 50 or 60 or 100 years old is an experience that you can’t replicate on the Internet.”

“The problem with e-readers and reading from the computer is that although you can scroll to any part, flip to any part in a sense, the tactility of the position of the work that your reading in relation to the whole is lost,” said Cameron.

Simply by looking at a book, its reader is able to gauge where they are in the text and this makes it easier to stop and start or flip from one point to the next, especially in regards to research books as Cameron noted. “Reading, after all,” he said, “is a constant process of flipping.”

With this technology only improving in increments, used bookstores and the big box bookstores are actually benefitting from digitization in regards to the Internet, allowing sales to occur over vast distances, providing advertising through online catalogues and even assisting business owners in getting to know their product better as with Marg Clark, owner of The Bookworm.

The Bookworm has existed in Waterloo for over 18 years, originally a family-owned business until Clark and her husband took over nine years ago as avid readers looking to own their own business. Without much past experience, Clark has and continues to spend much of her time on the Internet researching books and becoming increasingly familiar with the industry.

Big box bookstores have especially profited from the Internet, building warehouses for the books they can’t fit in their stores and selling them online so they can place larger orders. These days, many of the warehouses contain more books than the stores.

“With something like Chapters where it’s both, they have the mega store and they have the warehouses, you go in there and you look around and it’s like advertising,” said Cameron. The experience of being in a regular bookstore has become similar to window shopping, it is a place where people can go and take in the inventory full scale, scan titles and flip through pages, then head home to their computer and order or download their findings online at often a cheaper price.

Cameron predicts that there will definitely be a demand for both the digital and the physical book in the future, but the industry will certainly look different than it does at present.

“It’s very similar to vinyl. People who really love music listen to their music on vinyl … the technology of music reproduction is getting better for the computer but it’s still nowhere near the quality of vinyl,” he said.

“Books are going to become specialized in the same way a vinyl is specialized. There’s going to be experts on books or on texts that are going to use books. People who are just reading will use e-readers or whatever is being used 50 years from now.”

For now, books, and consequently the stores that are successful at selling them, have no expiration date in sight. But there is no way of being sure what is coming.

“Really, I do think that books themselves are safe, they’re not going anywhere,” Cameron said. “They will remain a part of our world, especially the university, at least for the next generation.”