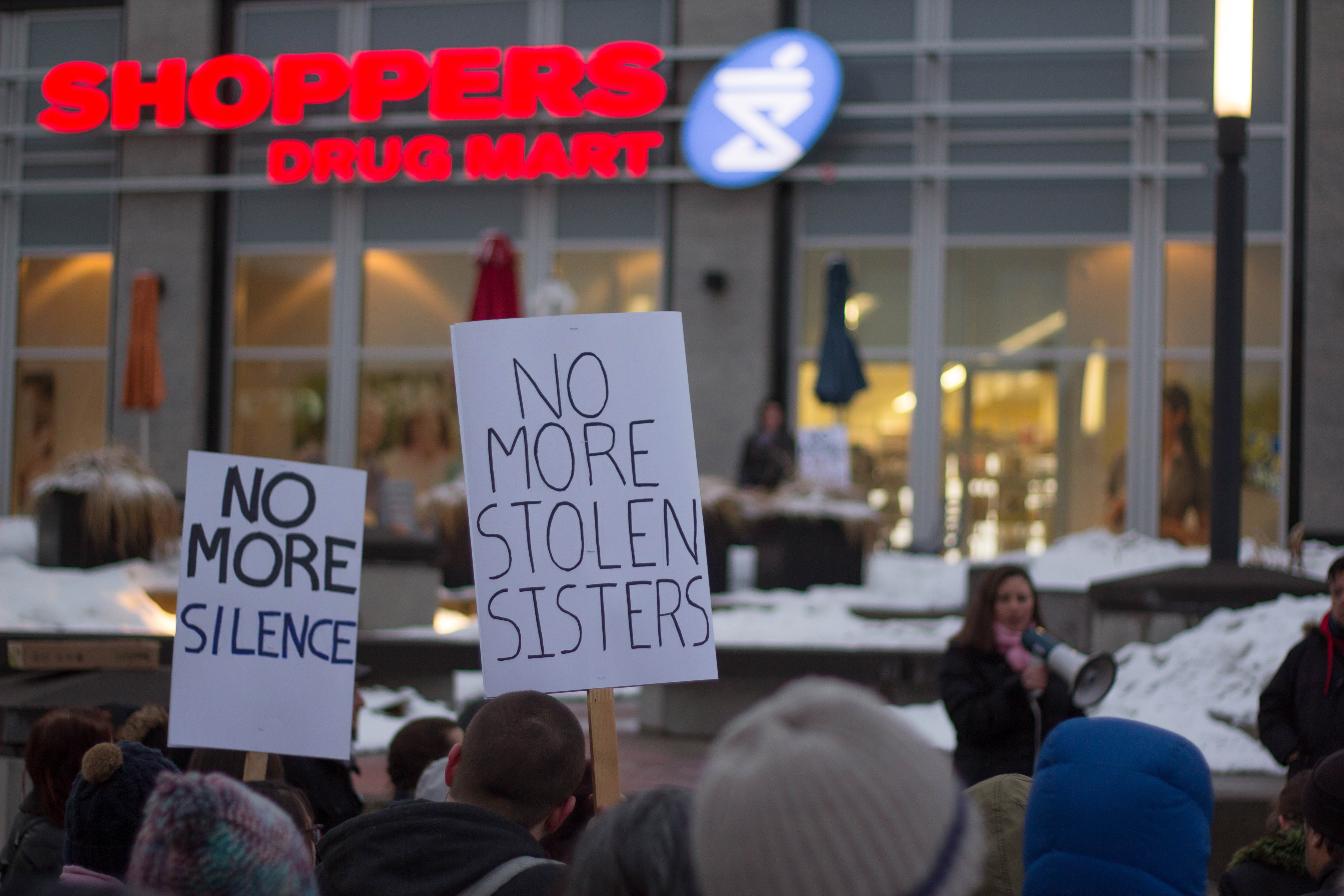 Not many people remember Aboriginal woman Candice Sollen. But Lila Bruyere does.
Her niece —Bruyere called her Candy — was found on a Toronto sidewalk on December 11, 1998. She had been stabbed in the chest.

Two days later, Sollen would succumb to her injury while on life support at St. Michael’s hospital. She was 23 years old.

Bruyere’s reaction to her niece’s death was anger.

“I was angry because she was cheated,” she said. “When I saw her in the casket it was a young, beautiful woman that had her life robbed.”

Sixteen years later, Bruyere continues to tell Sollen’s story because so many other people won’t talk about her. On the night of March 27, at the Uptown Waterloo Square, she shared it with a group of more than 60 people who had gathered to remember Loretta Saunders. Saunders, like Sollen, was an Aboriginal woman who was murdered.

There is a terrible sorority in Canada of Aboriginal women who are missing or murdered. According to the Native Women’s Association of Canada (NWAC), it’s a list of more than 500, and those are only the reported cases. Just recently, an Ottawa researcher put together her own database and found that the number may be even higher, more than 800.

Aboriginal women are also disproportionately represented in homicide rates. They make up 10 per cent of all homicides, but only represent three per cent of the female population in Canada.

The murder of Saunders, an Inuk women who was studying violence against Aboriginal women at Saint Mary’s University in Halifax, has only strengthened calls for national action. They’re coming from a wide range of groups working to stop the violence faced by women in the Aboriginal community.

The Waterloo vigil was just one of a number that took place across the country Thursday night in memory of Saunders.

Speakers at the vigil expressed frustration that many of the cases remain unsolved. According to NWAC, almost half of murder cases involving Aboriginal women are still cold case files.

Shawn Johnston, one of the organizers of the vigil and Bruyere’s son, noted that his cousin’s murder is still listed as unsolved by Toronto Police Service. He believes that the stereotypes surrounding Aboriginal people stop authorities from taking the cases as seriously as they should.

“People assume that we live in poverty, that we’re homeless, or that we’re drug addicts,” he said. “There’s this stigma about why should we care about someone like that.”

Another source of frustration has stemmed from perceived inaction on the part of the federal government. Many groups have called for a full-scale public inquiry.

The federal government did strike a special committee to study the issue of violence against women, but the report they produced, “Invisible Women: A Call to Action,” was publically criticized by both the First Nations Assembly and NWAC for not taking the step to call for an inquiry.

Kitchener-Waterloo MPP Catherine Fife, who spoke at the vigil, reaffirmed provincial NDP support for a national inquiry, telling those gathered that it was unbelievable that this could be happening in 2014.

Though Aboriginal affairs fall under federal jurisdiction, Fife noted that the expansion of social services at the provincial level could help all women who are trying to escape violence and abuse.

“You don’t want to lose the focus on the 800 missing and murdered aboriginal women,” Fife said. “But we do know that domestic violence is a pervasive societal issue which negatively effects the entire community.”

Lisa Yellow-Quill, another of the vigil organizers, cautioned that governments at all levels should understand what they are doing and speak to the right people before they take action.

“You should know what you need to do because we’ve been saying it,” she said.
In Waterloo Region, one of those necessary actions is the creation of a space for members of the Aboriginal community to make their concerns and voices heard.

“I think organizing something like this allows that to happen,” said Johnston. “I think there needs to be more places where people can talk about the issues impacting them.”

Both Bruyere and Johnston have made a home here. They are both in the Masters of Social Work Aboriginal field of study program at Wilfrid Laurier, and will graduate together this June.

Spurred on by the memory of Sollen, Bruyere hopes to help more people. But from the vigil, she also hopes people get something else.

“There’s going to be healing happening,” she explained. “That’s what I’m hoping.”
During the vigil, a women’s drum circle formed to sing songs dedicated to the missing murdered women. Before they began, Bruyere addressed the crowd.

And everybody sang and swayed along.