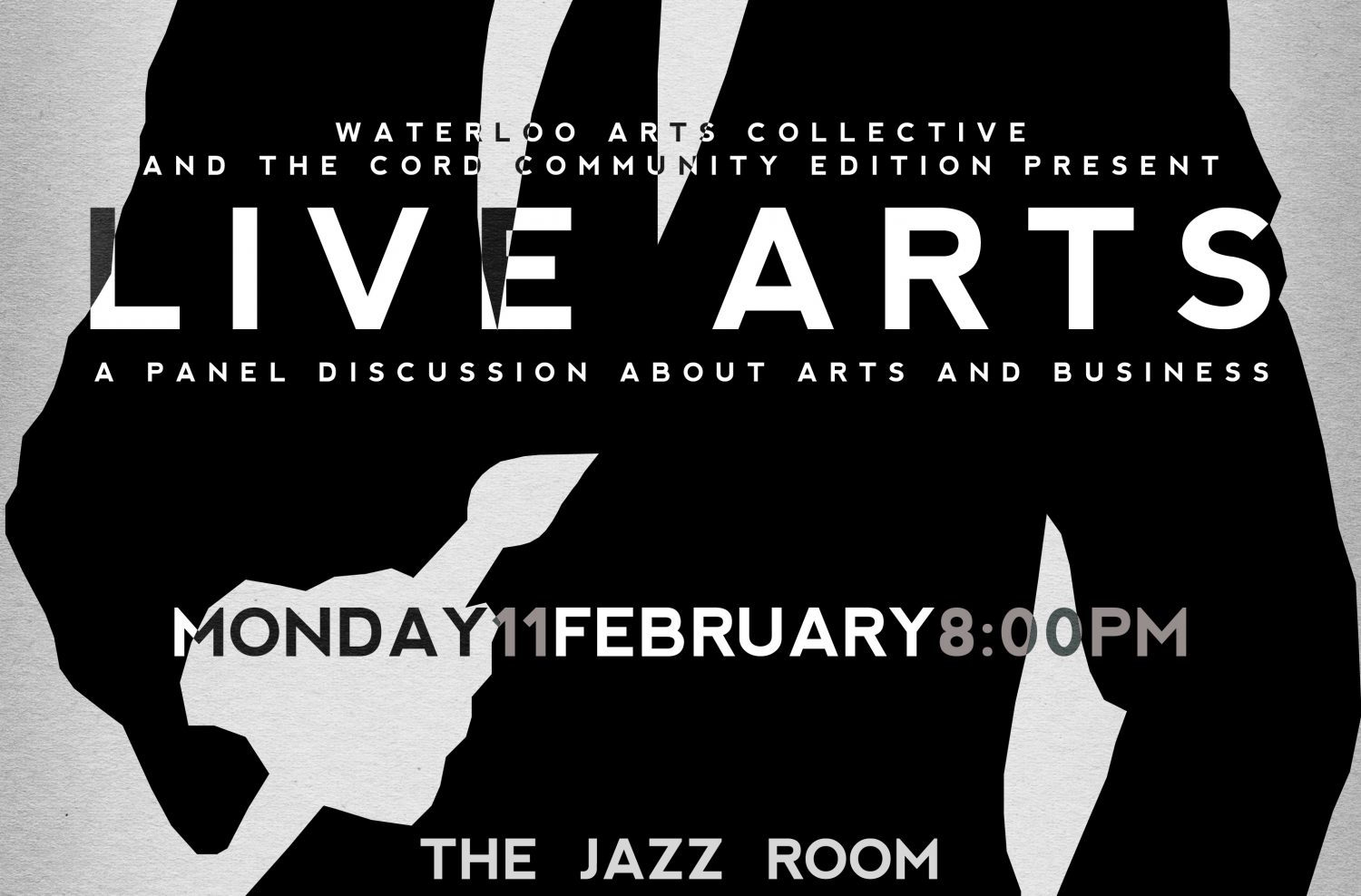 What makes a city’s cultural scene tick? Is it great music? Beautiful venues? Is there really a magic combination that we can call upon to make a great arts scene in Waterloo?

At Live Art on February 11, 2013, we’re bringing together some of Waterloo’s best movers and shakers to answer these questions. We want to get this discussion going so that we a can build an arts and culture scene that is great and – most importantly – unique to Waterloo Region.

This is also an opportunity to connect with the people who are making a difference. Join us after the talk for cocktails and music, provided by local DJs.

Entry is minimum $5, which goes towards supporting our event and the Cord Community Edition.

On Monday night, join the discussion by following the #LIVEART tag on twitter.

Jason is active at the forefront of musical and interdisciplinary art-making in the Waterloo Region. He is a resident pianist for the Kitchener-Waterloo Symphony, and works in musical theatre, jazz, and classical music alike. He maintains a very active teaching studio and does grant-writing for various arts organizations. He is a founding director of the Grand River Jazz Society, which runs The Jazz Room in uptown Waterloo.

Ryan Consell is her partner in crime at K-W Nerd Nites.

Dan Lauckner has been organizing local events for 12 years. He began throwing parties in the electronic music scene and has since progressed to public, community-building events under the name KDUB.ca. The organization has been around for over 4 years and is known for its spirited antics in the Kitchener-Waterloo & Guelph area including “Shake-n-Skate”, “International Pillow Fight Day KW”, “Waterloo Zombie Walk 2012” and the “Water Gun Bubble Battles”.

It officially started backstage at the Irving Plaza in New York City when Johnny Cash shook my hand and asked if I was the new steel guitar player in Wilco. “Well, I’m not sure Mr. Cash. I’ve never played full-time in a band and I have this business back in Chicago. I mean they asked me to join but that’s a pretty big step, it is a tough business.”

He nodded and looked me in the eye, “It can be a hard road but if your heart’s in it, it can be a good life.”
An hour later as I watched Johnny from side stage I had tears in my eyes from the power of his music. Jeff Tweedy turned to me and said “Are you gonna join this fuckin’ band now?”

A month later I sold my business and got on a tour bus for a 2-year ride. That was a decade ago.

The Jazz Room is located in the heart of Uptown Waterloo. Nestled on street level of the historic Huether Hotel (59 King St. North, Waterloo, Ontario), The Jazz Room is in the midst of KW’s uptown arts scene. Limited parking is available.