After a successful three-year trial run in a storefront on King Street in downtown Kitchener, Jordan Dolson has relocated Legacy Greens, her popular independent grocer, in a newly renovated building a few blocks away on 18 Ontario Street North.

With maple floors, white walls, and large windows, the new storefront feels as fresh as the Ontario strawberries on display.

Dolson described her business as a “green grocer,” a term more familiar in Europe, denoting a small independent grocer that focuses on providing local fruits and vegetables. 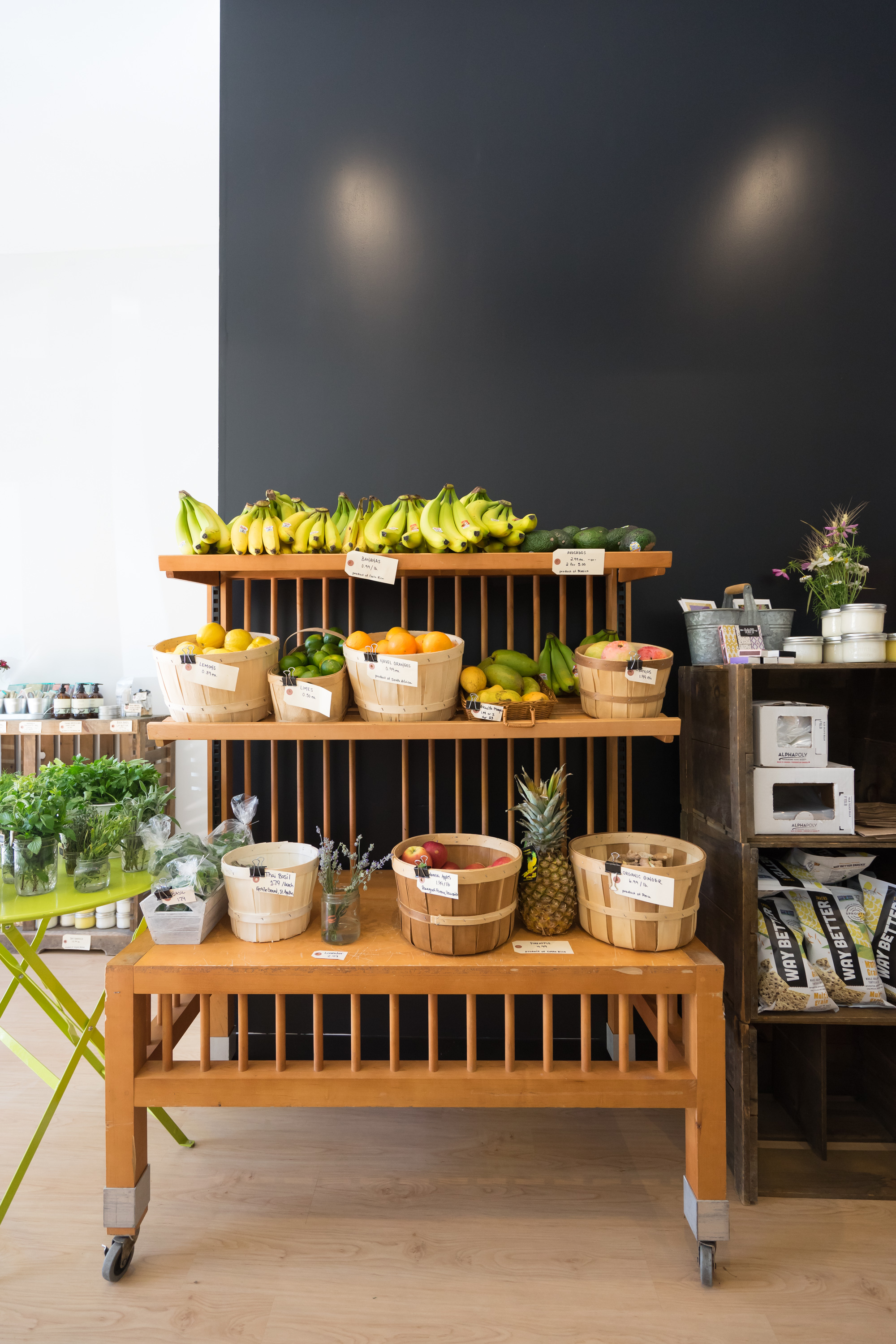 Dolson had always planned to eventually purchase a building, rather than rent — that is, if her business proved successful.

“I never had the ambition to be franchising, to be developing a fleet of stores,” she explained. “So if we wanted to keep it smaller and more unique, having a building that was an asset which would appreciate in value, that would be more strategic for my own personal retirement plan.”

The previous owners had strong connections to the downtown community, owning and operating their own tailoring business. When they retired, they wanted someone to carry on their legacy. 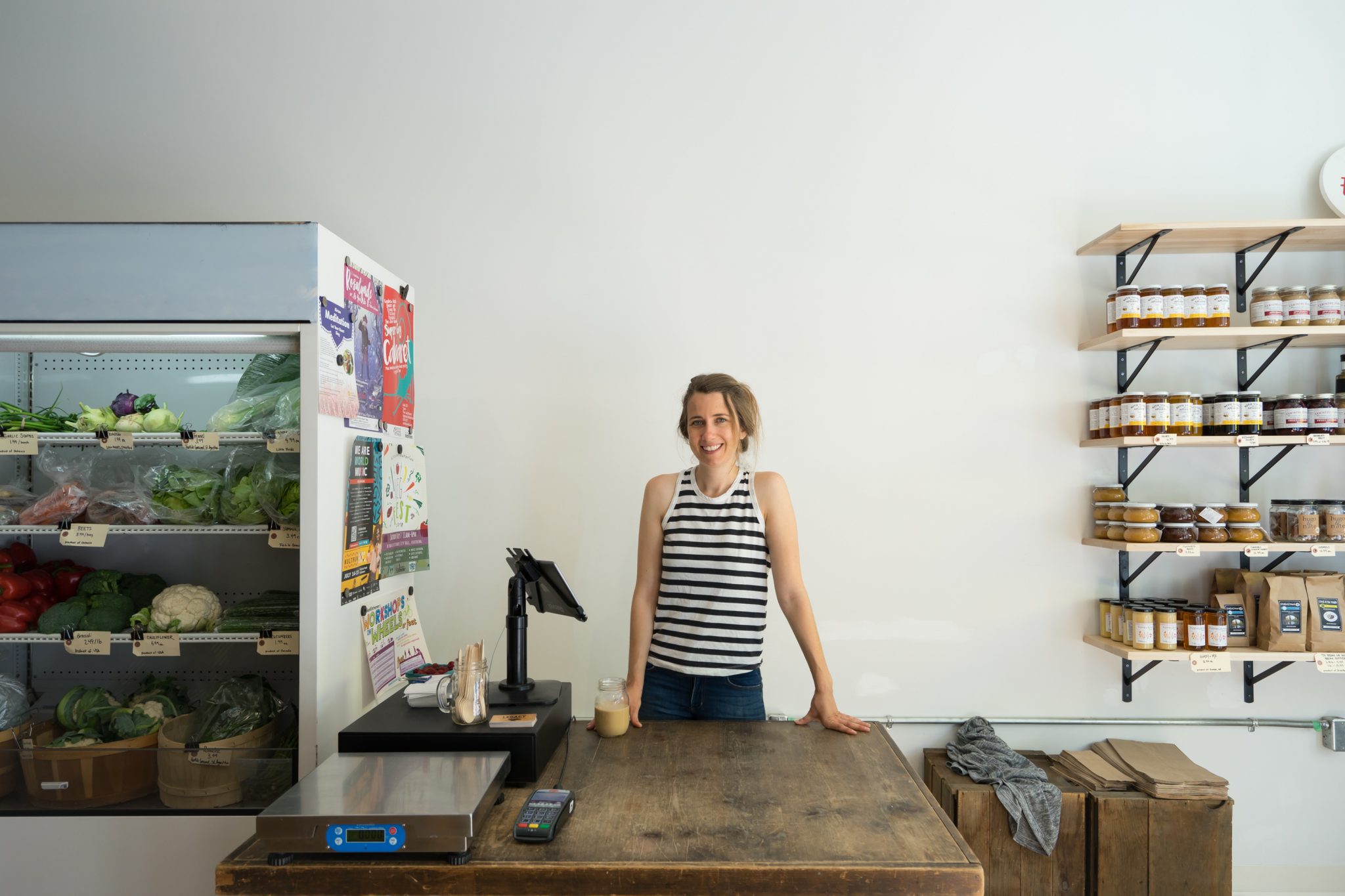 “They were awesome,” said Dolson. “They wanted to sell to me because I was kind of like them: they operated their business out of their building and I wanted to operate my business.”

“I did all the negotiations with a woman, which was so cool. It felt like two women from two different generations were doing this side real-estate deal in downtown Kitchener, in a bubble where it’s a very male-dominated industry.”

“She was a good negotiator,” Dolson added with a laugh.

Once the deal was finalized, Dolson hired a contractor to begin some “aggressive renovations.” She mentioned that the late 1800’s building had not been updated for at least a couple decades.

“We put in new flooring, new electrical, new plumbing, and we put in an internal staircase to connect the two floors,” she said.

At the back of the main floor there is now a custom-made walk-in cooler, and upstairs is a brand new kitchen. A new HVAC system helps moderate the heat generated by all the refrigerators.

“We definitely want to be a space that anyone feels that they can come and shop here,” said Dolson. 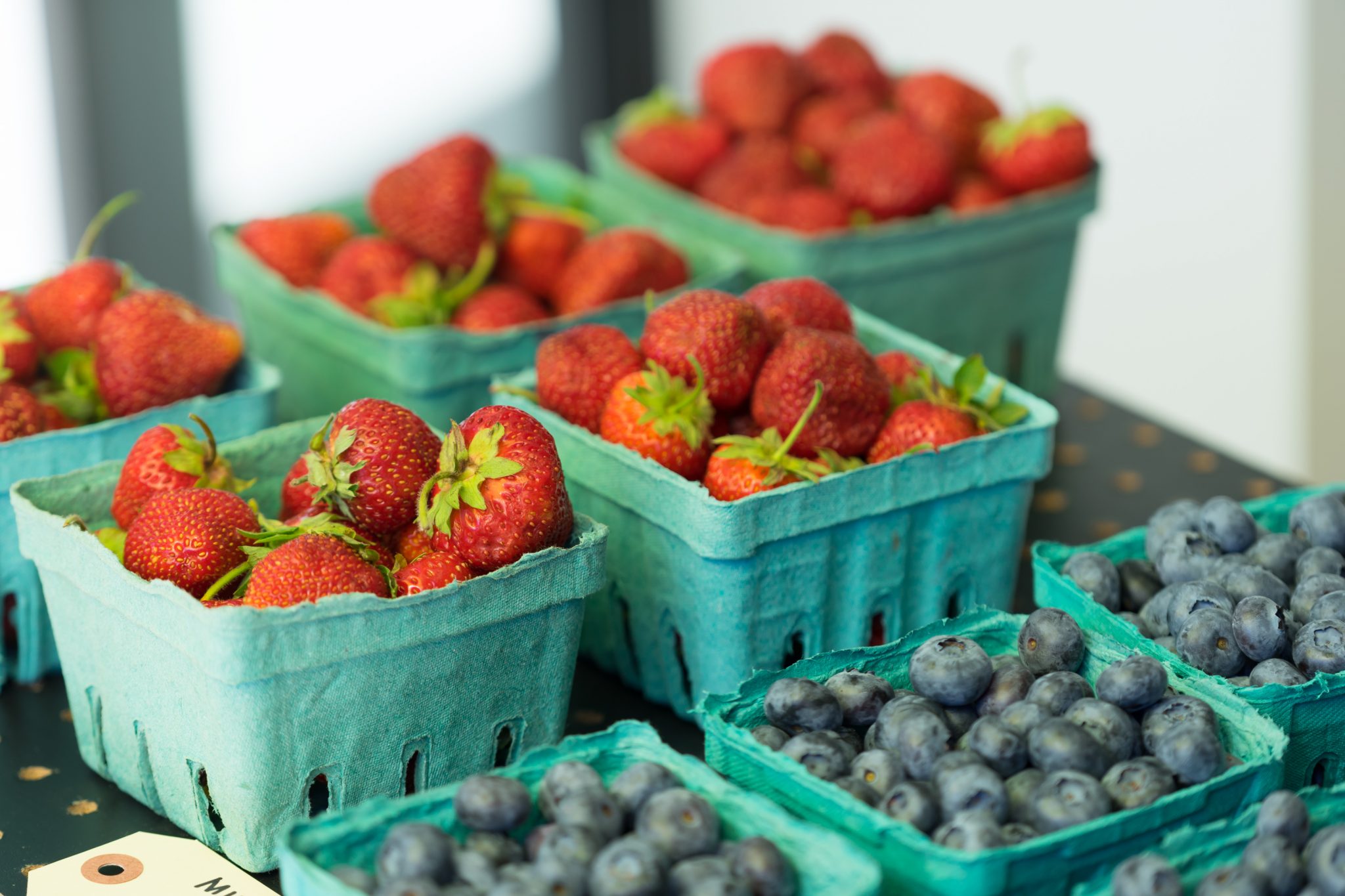 In addition to fruits and vegetables, Legacy Greens carries kitchen staples, such as milk and eggs, locally-sourced dry goods, and prepared food items, such as on-the-go salads, pastas, or soups.

“We’re just trying to provide people with access to awesome fruits and vegetables, and some local food options,” said Dolson. “And then we do our own prepared food items as well — and we’re tending to kind of veer in the direction of plant-based.”

The product line at Legacy Greens is relatively simple, or “curated,” as Dolson put it. “This is our way of making a recommendation; anything we put on the shelf, we stand behind; we recommend it.”

Upstairs, on any given day, one might find Erin Felder working in the kitchen, fine-tuning and developing new recipes for the value-added line, which was created, in part, to help reduce waste.

“Whenever something no longer looks pretty — it’s a little soft or it’s dented or something — then it gets brought upstairs and turned into something great,” Felder said, pointing to some ripe strawberries she planned to transform later into a cocktail mix.

“In the morning, I don’t know what I’m going to do until I come in, look around the store and see what we have. And then I just make decisions on the fly” she said. 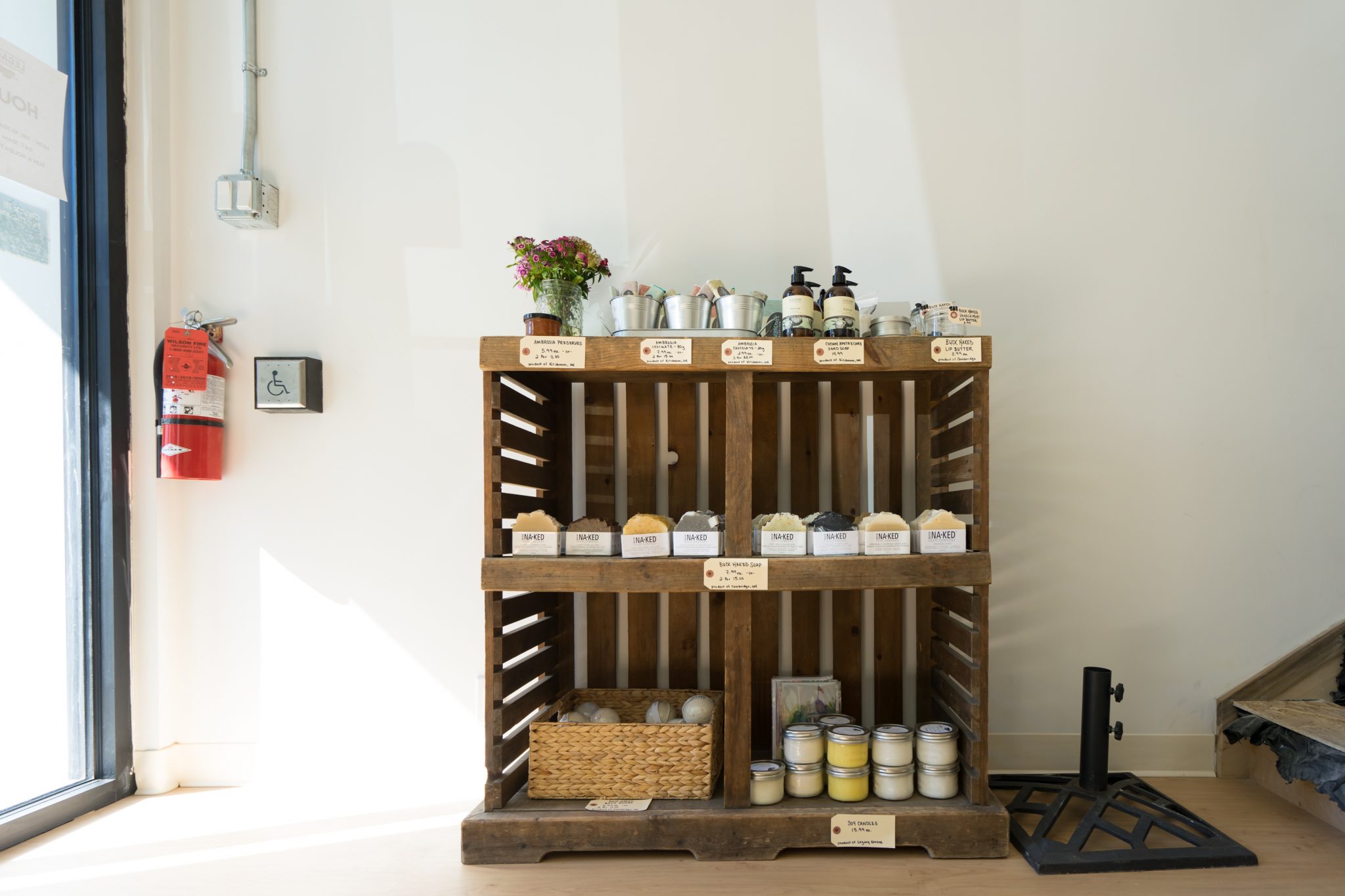 The grab-and-go items have been a major hit. And Dolson estimates that they’ve helped reduce the store’s waste output to 1-3 per cent.

“It’s honestly really rare that we throw away food,” she said.

Reflecting on her experience opening her business in downtown Kitchener, Dolson said, “The best part of when I opened the store three years ago is I had all these amazing talented people come my way. I had nothing to offer but they wanted to be involved. They just had similar values and were excited about what I was doing.”

“To spin that, I think that’s a very cool part of KW: it’s a small enough or big enough community that you can reach out to somebody who’s doing something that you’re really interested in, and get some experience or make a connection, and vice versa, that business or person can benefit from them.”