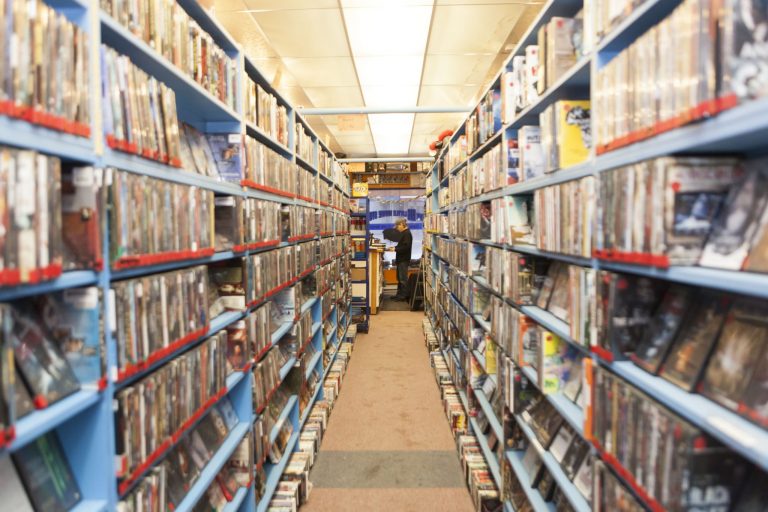 If Video Killed the Radio Star, Who Killed Video?

If the 1979 song “Video Killed the Radio Star” has taught us anything, it’s that when new entertainment technologies arise, they can be extremely unforgiving to their predecessors.

It’s no secret that video has now met a very similar fate as the once adored radio star. With a quickly changing technological climate and, ultimately, the rise of the internet, video stores have become rather obsolete, with fewer and fewer players in the game. 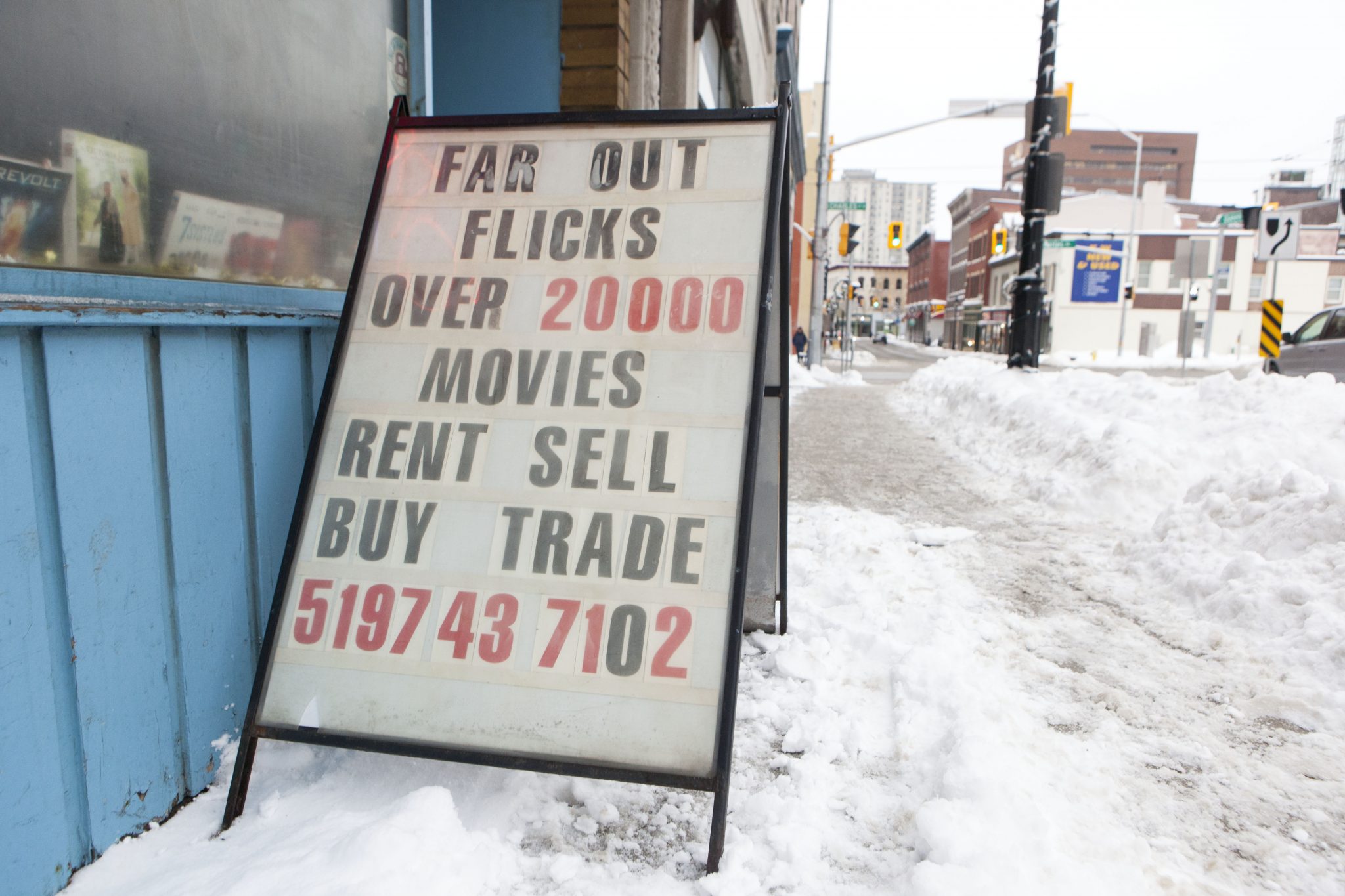 However, Far Out Flicks remains firmly grounded in downtown Kitchener as an independent video store – owned and managed by Rolf Glemser.

His business began similarly to how you might imagine most movie store owners to start out: with a love (and minor obsession) for movies, along with a driving passion to turn a lifestyle into a career.

“[I] Collected more and more VHS tapes to the point where I only had two rooms in my house that didn’t have a tape in it,” Glemser said.

In October of 2002, he and some friends purchased the building and started the business with a collection of roughly 8,000 VHS tapes.

Since then, he’s seen many changes to the ways people consume movies, while still managing to stand strong with a place in the KW region.

Whether it’s VHS, Beta, Laserdisk, DVD, Blu-ray or many more, the masses undoubtedly have a thirst to find the best way to consume movies that delivers the best experience possible. However, the internet has somewhat blurred the lines between best experience and most convenient.

Glemser has come face-to-face with many of these changes and explains that adaptability plays a large role in this kind of business.

“You have to listen to what your customers are doing and saying. For example, for some reason, we don’t rent or sell a lot of Blu-rays. We sell more VHS [and DVDs] than Blu-ray here … If the customers aren’t buying Blu-rays off you, don’t bother carrying them,” he said.

“The other thing we did to keep it alive was we jumped on the internet too … So, what we did with the blu-rays … was we started putting them online and they’re selling.” 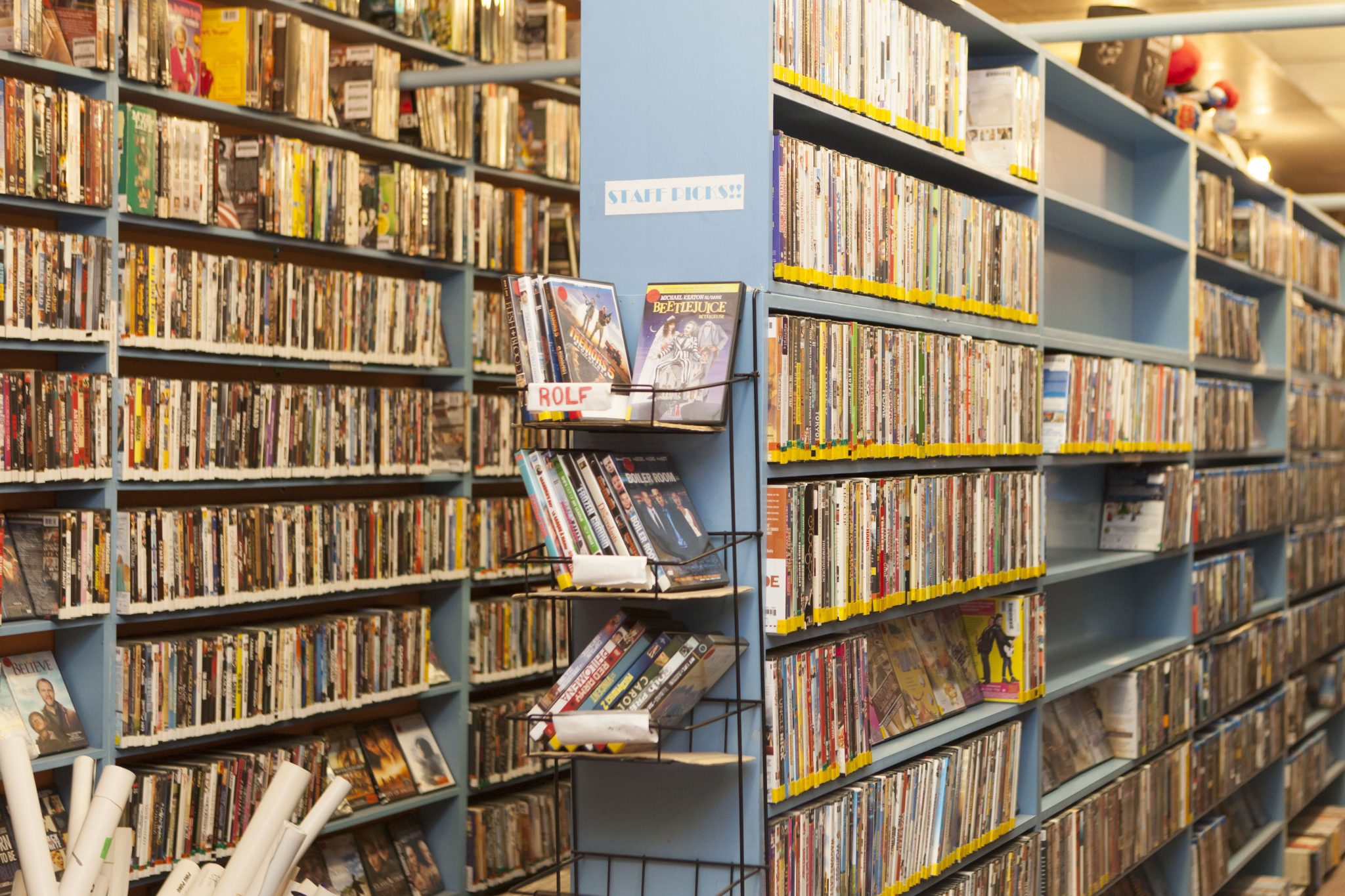 Even with the dependency of the internet, Glemser tells us that in truth, it hasn’t impacted Far Out Flicks very much. He explains that if anything, it’s the LRT construction that has done the most damage.

Glemser continued to explain that when it comes to video stores, they simply provide some things that even the internet can’t give.

“It’s a misconception people have that you can get anything at anytime on the internet and it’s just not true.”

“People still want to have that hard copy in their hand. Even though Netflix Canada only has about seven or eight thousand titles at any one time, we’re at about 20,000,” Glemser said.

He said that although streaming services like Netflix provides suggestions based off of personalized data collection, it doesn’t quite beat the in-person feedback you can get from walking into a store, especially when you’re referred to those hidden gems you can’t easily find online.

Many of us admittedly love the convenience of online streaming. Having access to thousands of movies with the press of a button is a pretty sweet deal. But, as Glemser explained, this sometimes comes at the expense of quality and movie-selection, among other factors that people don’t tend to think too much about these days.

Glemser recognized that there’s a certain value his customers surely see in the in-store experience, especially in his regulars. And that’s something we see time and time again in the entertainment industry, with the nostalgia and passion people feel when reverting back to old ways of consuming.

“Probably in about 15-20 years, you’re going to see a resurgence of movie stores, not like it used to be, but just like you see with vinyl,” Glemser said.