If Streets Could Talk: Victoria Park

Cities across the country have a ‘Victoria Park’ to honour Britain’s Queen at the turn of the 20th century — leaving Kitchener as no exception. The park opened in 1896 and has grown and transformed in the many years since then. In that time, the area around the park has also grown, welcoming a diverse and eclectic group of residents. Some stay for just a short time while others have spent their entire lives in the neighbourhood. 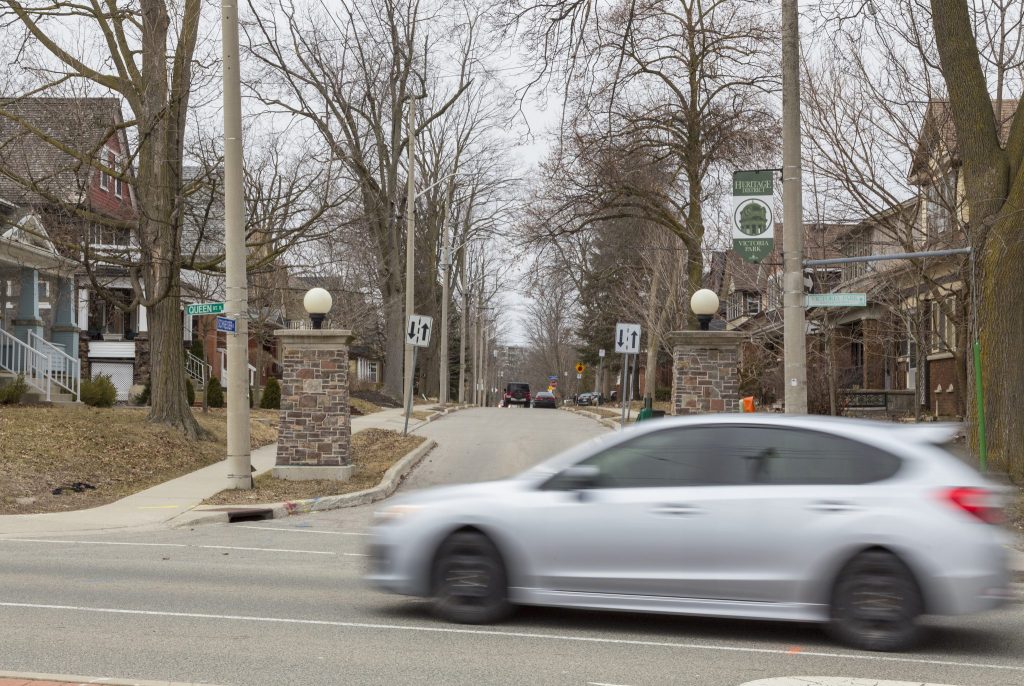 Russell was born literally within steps of Victoria Park in his family’s home, built in 1888. His mother, Dorothy Russell, was also born in the family home at the corner of David Street and Schneider Avenue. Russell and his wife Lynne renovated and moved into the home in 1994, joining Dorothy who lived in the home all of her life until her passing in 2005.

“Some of the families that were there when I was growing up as a child were still living in the neighbourhood,” Russell recalled.

Of course, few of those families remain in the neighbourhood today. 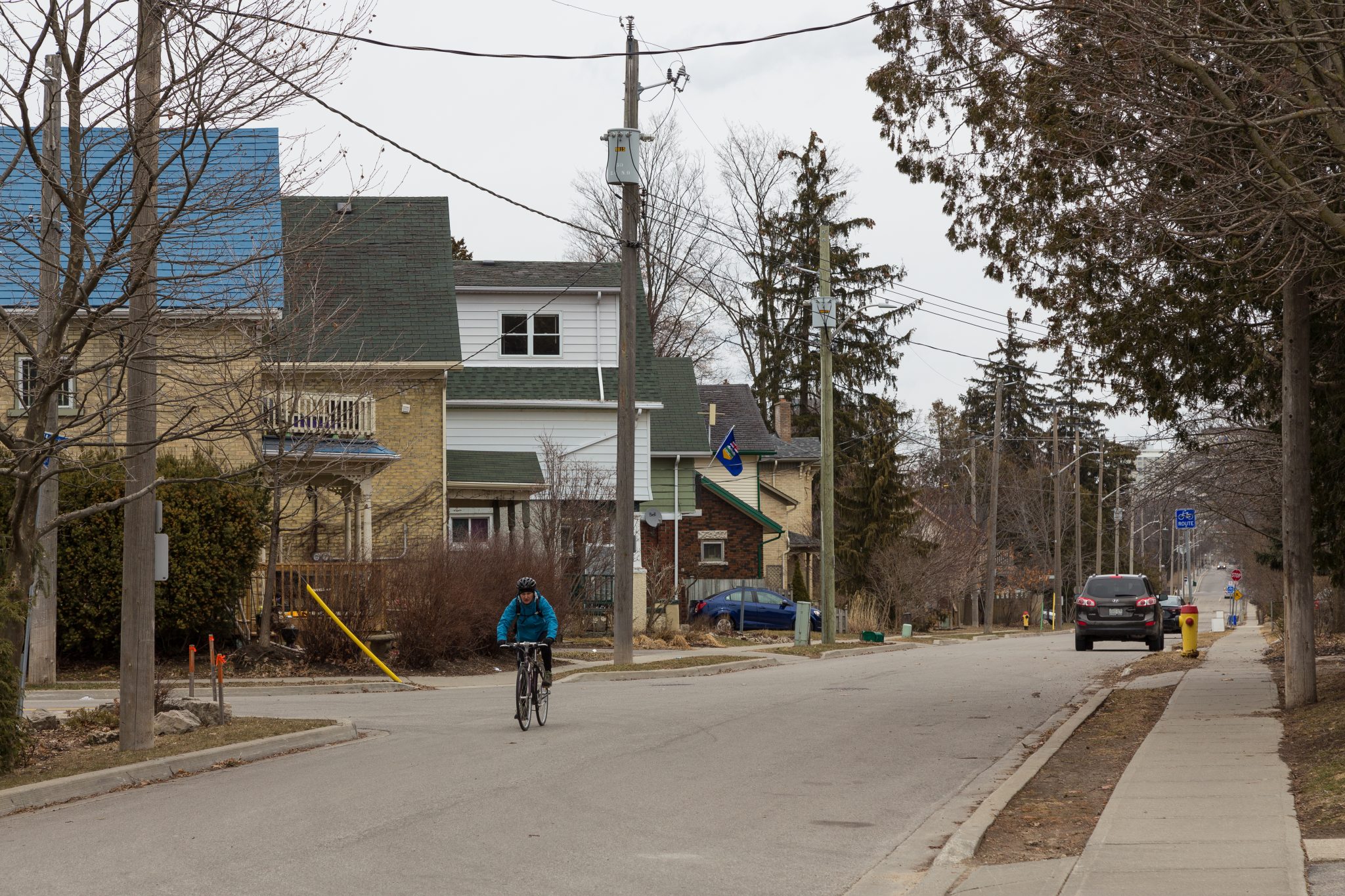 However, Russell still appreciates the many younger families that are moving into the neighbourhood. “It really demonstrates the evolution and renewal of the area,” he said.

“[Our role is] educating the public, talking to people who have an interest in what we do and overseeing social integration support programs,” said Marika Galadza, manager of community engagement at Reception House. 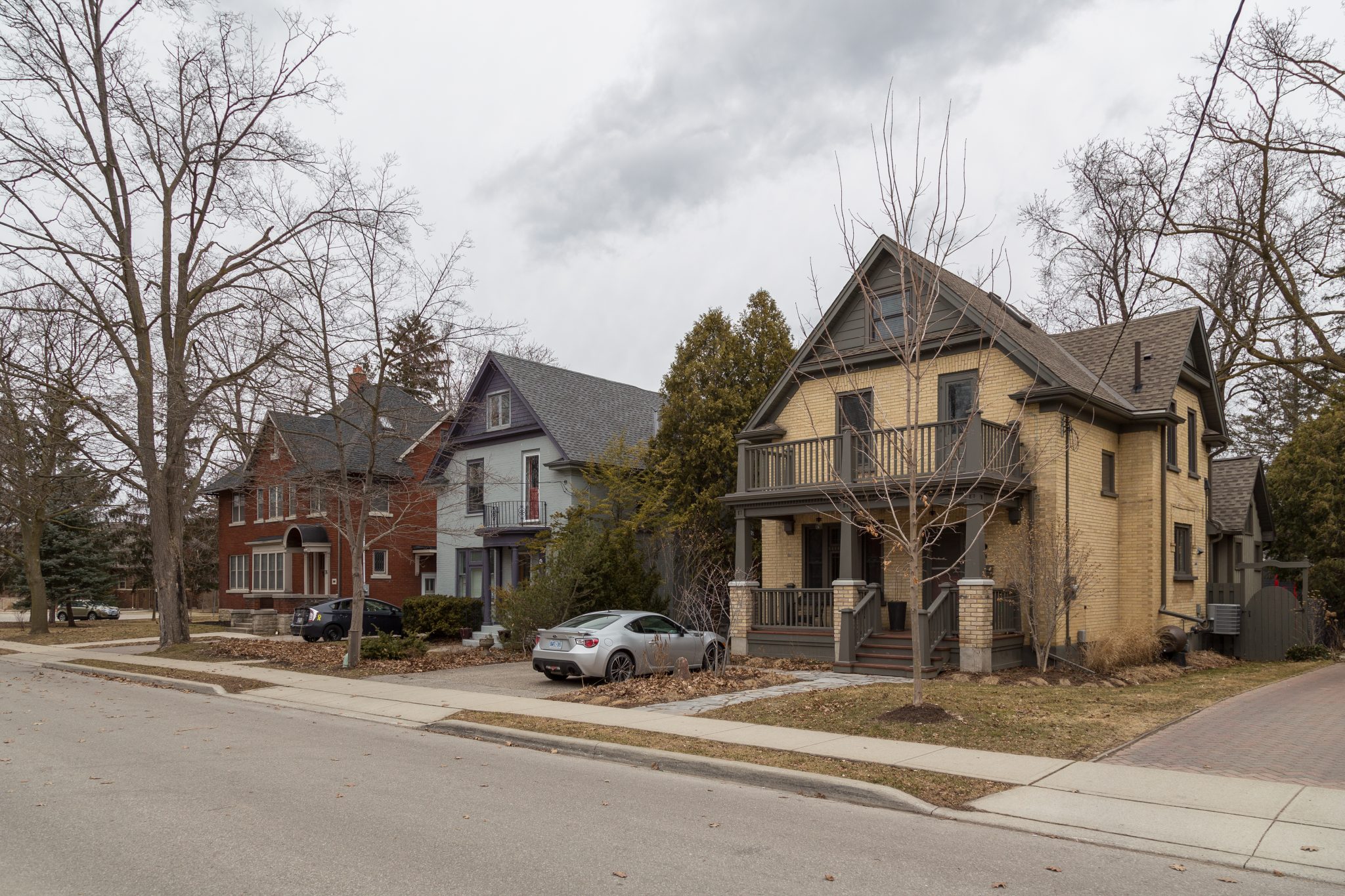 Like Russell, Galadza also has observed the continuous changes in the neighbourhood.

“Our community is changing and becoming more diverse, so it’s sort of on us to work with newcomers and to welcome them to our community,” Galadza said.

Longtime residents like Russell and newcomers at Reception House share disparate stories and experiences. However, the park and its surrounding neighbourhood demonstrate several points of connection.

Canada’s shores have kept it relatively isolated from the horrors of war. However, Russell remembers living through World War II as a young child. He and his friends incorporated ‘war games’ into their play in the park. 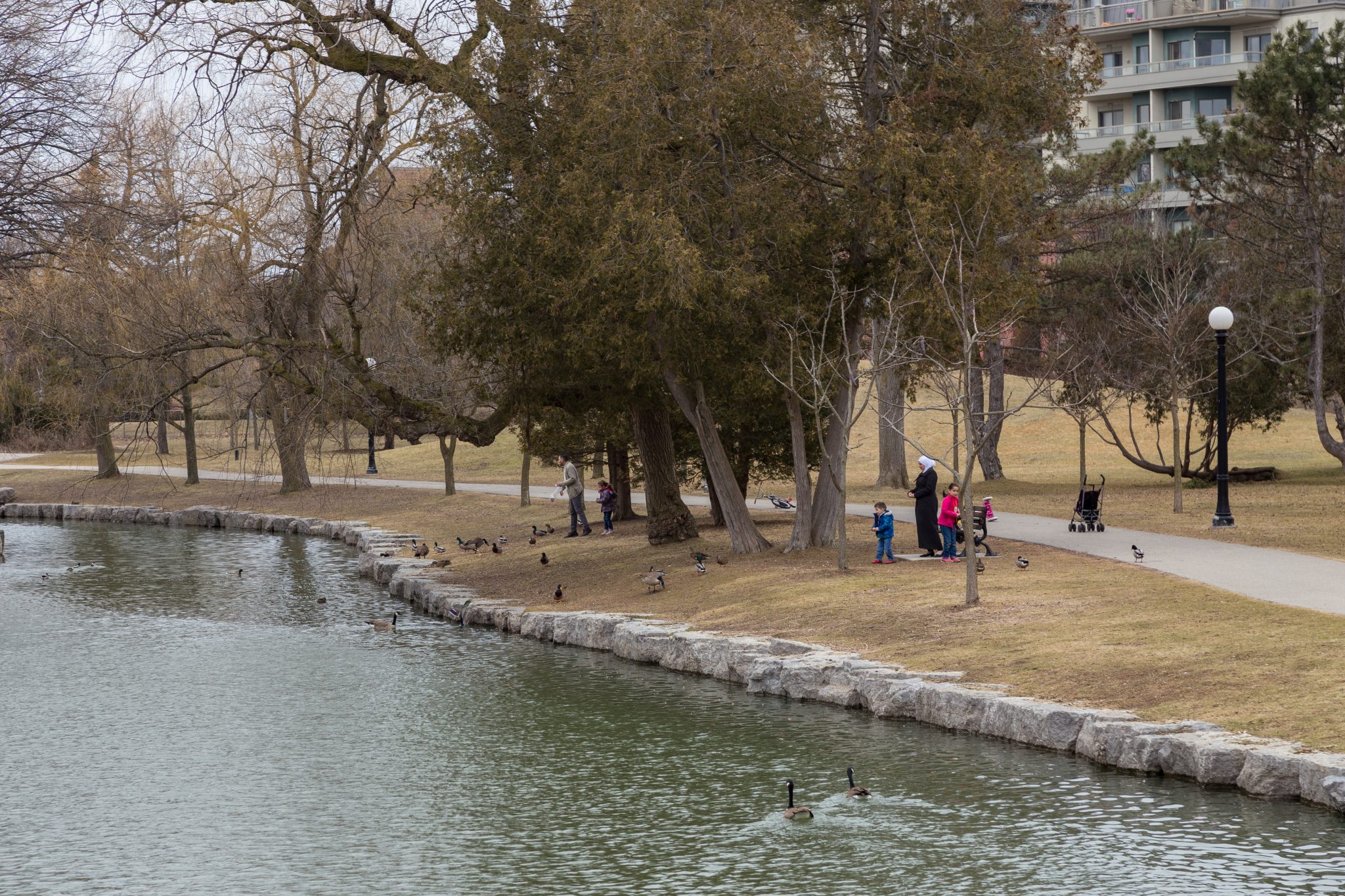 “[I remember] watching movies such as Commandos Strike at Dawn at a local movie theatre, likely the Lyric or the Fox,” he said.

“I remember those conversations well, even though I was only a child. Perhaps that was the future history teacher in me already showing,” he said. 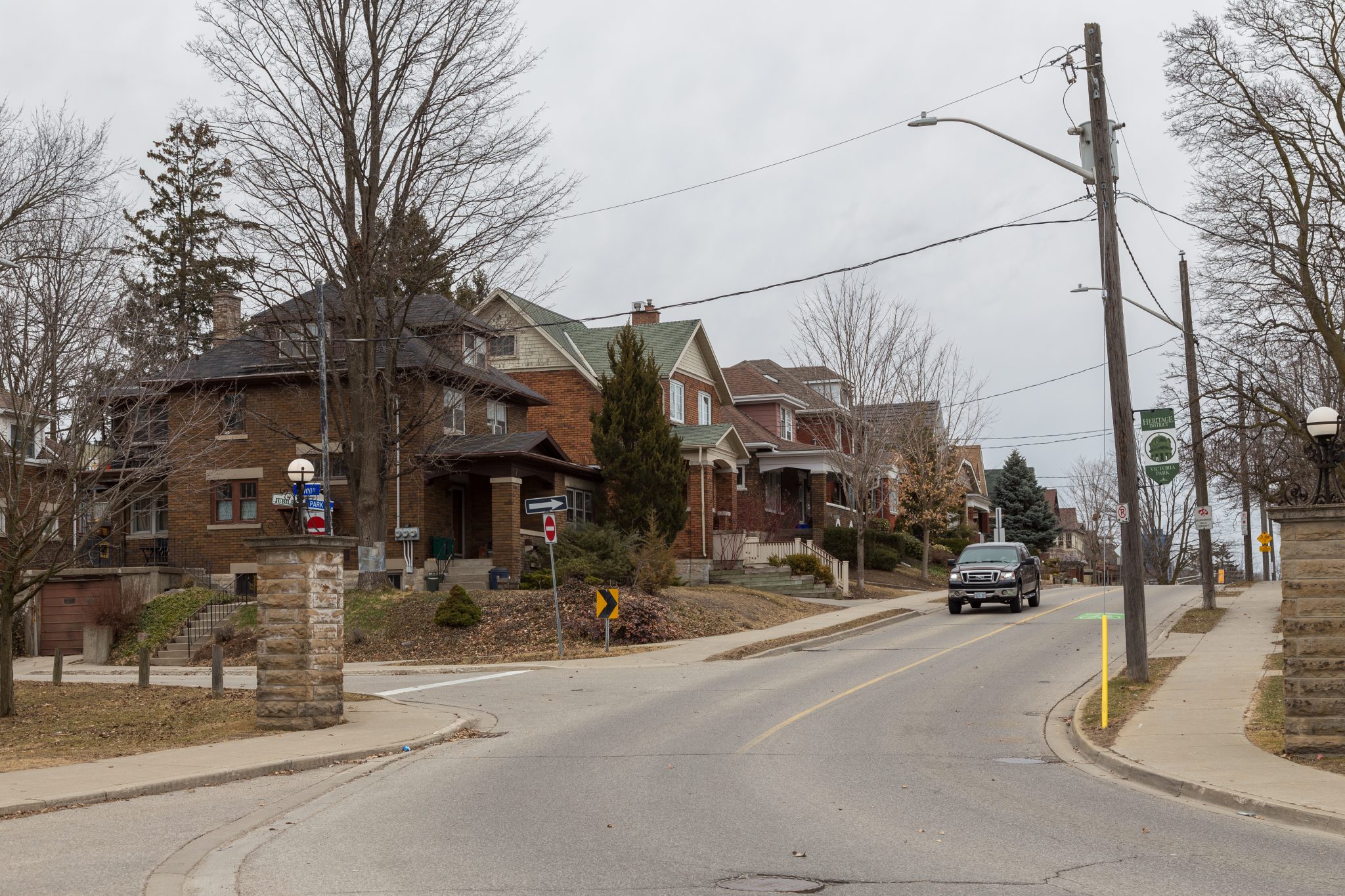 “My family often talked about their worries about the war, while my friends and I often relied on those war themes for our play,” he said.

War remains in the background of many of Russell’s childhood stories; however, war is still a present-day reality for many families worldwide. Canada has seen an influx of refugees fleeing war-torn countries over the last few years, reaching its climax in 2016 when Canada welcomed 25000 Syrian refugees.

Galadza saw how that impacted Reception House. “That saw our services scale up by 500 per cent,” she said. “We served close to 1000 refugees in that one year whereas most years it is 200-300.” 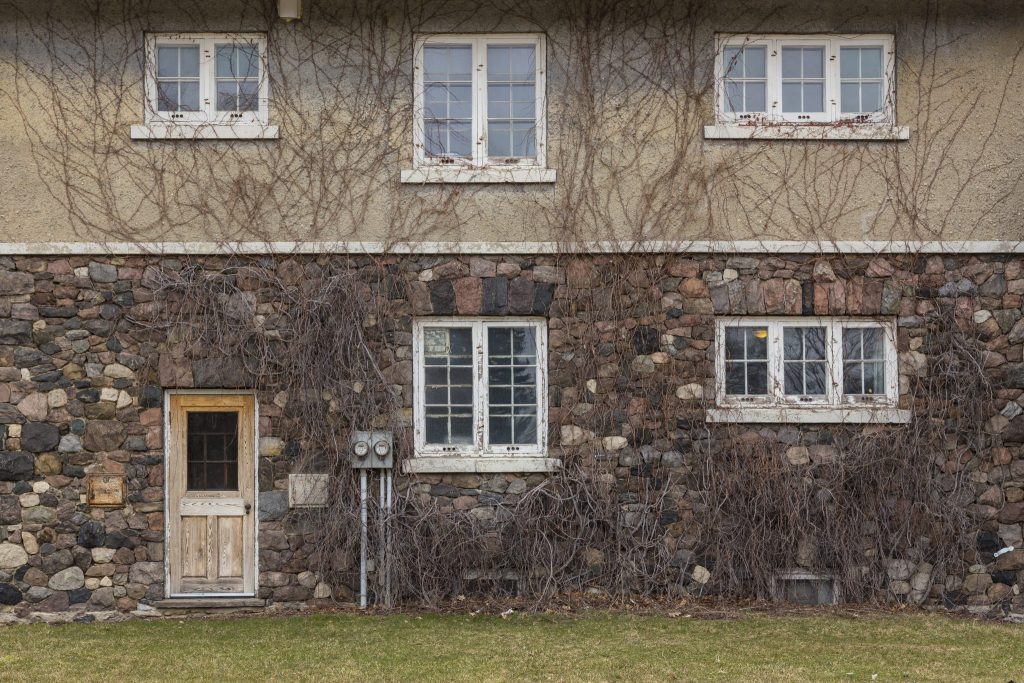 Leaving everything behind to move to Canada is so obviously a stressful and isolating time for newcomers, so Galadza appreciates what the Park and neighbourhood offer to these individuals and families.

“It’s such a blessing to have this location (101 David St.) I can’t even imagine the conditions that they are coming from, and to be in such a beautiful space across from Victoria Park — which is just so gorgeous — it’s really a blessing.”

Russell still lives in his childhood home today, and uses similar language as Galadza to describe the neighbourhood.

“It was a blessing to be born so near the park. My playground was a block away in either direction, and what more could a child want really.”

In addition to imaginative games, such as those based on themes of war, Russell engaged in a variety of sports available in the park. He both played baseball, and also watched the Kitchener Panthers play in the park’s stadium which would later be removed in 1967. 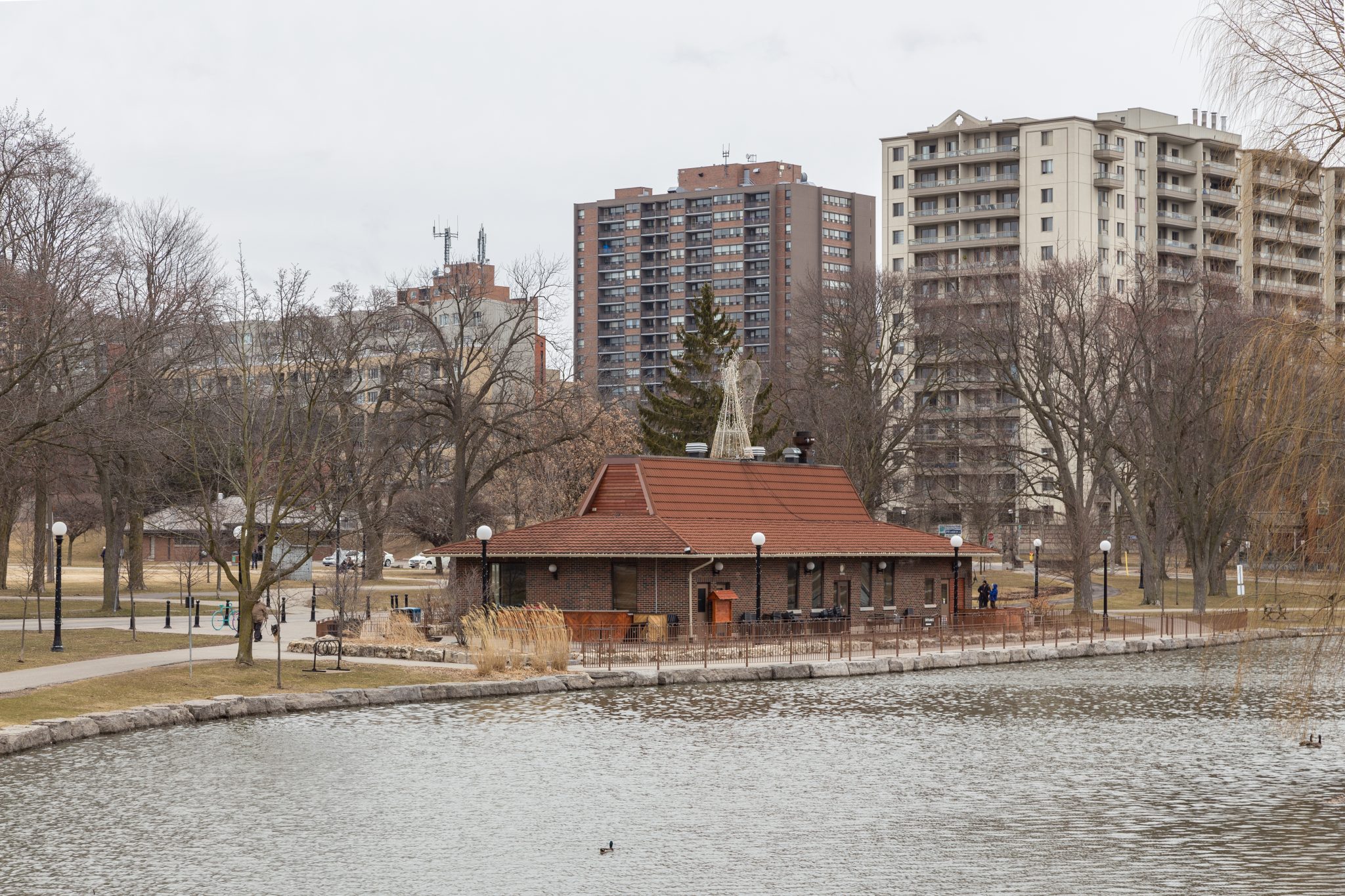 “My passion for baseball started in the park. In addition to playing ball with friends, my first job was selling programs at the baseball games there,” he said.

Russell also played football in the park, skated on Victoria Park Lake during the winter and recalled his mother playing tennis when there were courts there. Soccer was also popular for him and his classmates, who won the city championship for Victoria School in 1947.

Now, it’s rare to walk past the Victoria Park Commons and not see children chasing after a soccer ball, when the weather warms up. It’s likely that some of those children just arrived to Canada and are staying at Reception House.

The Park is a place for recreation, but also one of peace for Reception House residents. “[I’ve] heard from so many clients that when they are feeling restless or frustrated, they just walk through the park,” Galadza said.

Their connection to the Park often remains, even after families find a more permanent home.

“We know that there are a lot of newcomer families that meet there regularly, even after they move out of Reception House, which is so nice to see,” Galadza said. “This is their first impression of Kitchener, this beautiful park and this beautiful home.” 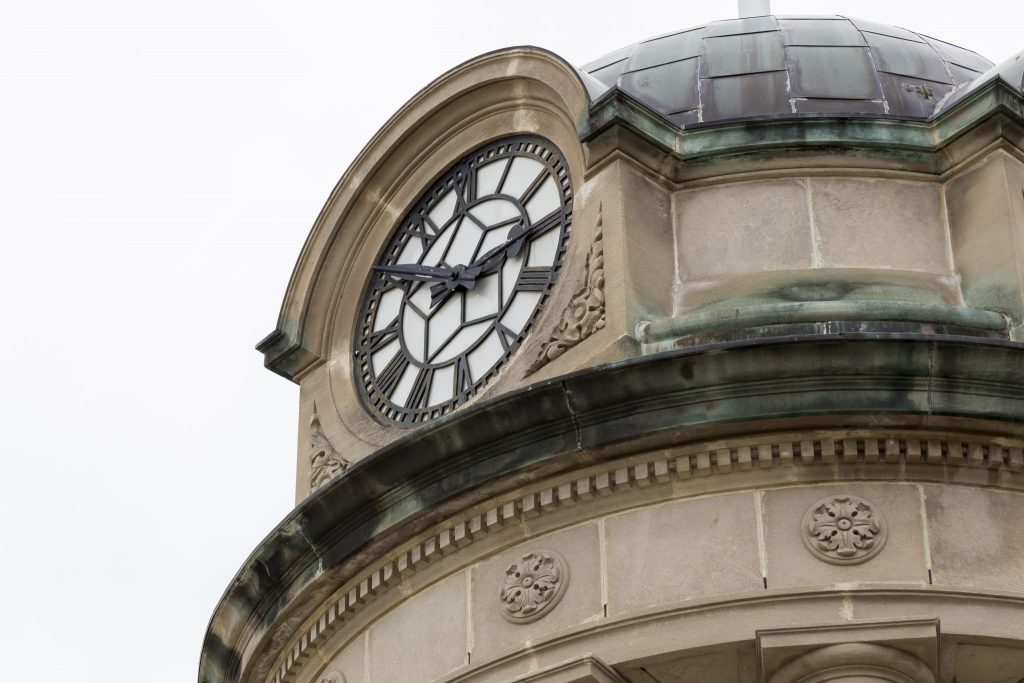 It’s clear that the park acts as a binding agent between neighbours, despite being a long-term resident or a newcomer. The Victoria Park Neighbourhood Association (VPNA) seeks to strengthen such connections between neighbours.

“[The VPNA is] creating a stronger sense of belonging and a safer, healthier and engaged community,” said Cathy Lumb, a VPNA board member.

Without the park, the 2016 sledding party wouldn’t have brought both new families and long-term residents together.

“[There were] about 75 newly arrived refugee children from Reception House that had a chance to try out tobogganing and enjoy hot chocolate with whipped cream for the first time,” Lumb said.

Although the streets don’t really talk, the people who frequent them speak for those streets. In the Victoria Park neighbourhood, the streets, and the park itself, tell the diverse and unique stories of those who live and have lived there, during times of stress or happiness or change. Just as these streets help to connect neighbours, our stories help to do the same.

Marika Galadza is a volunteer at the Community Edition.