If Streets Could Talk: Tremaine Park 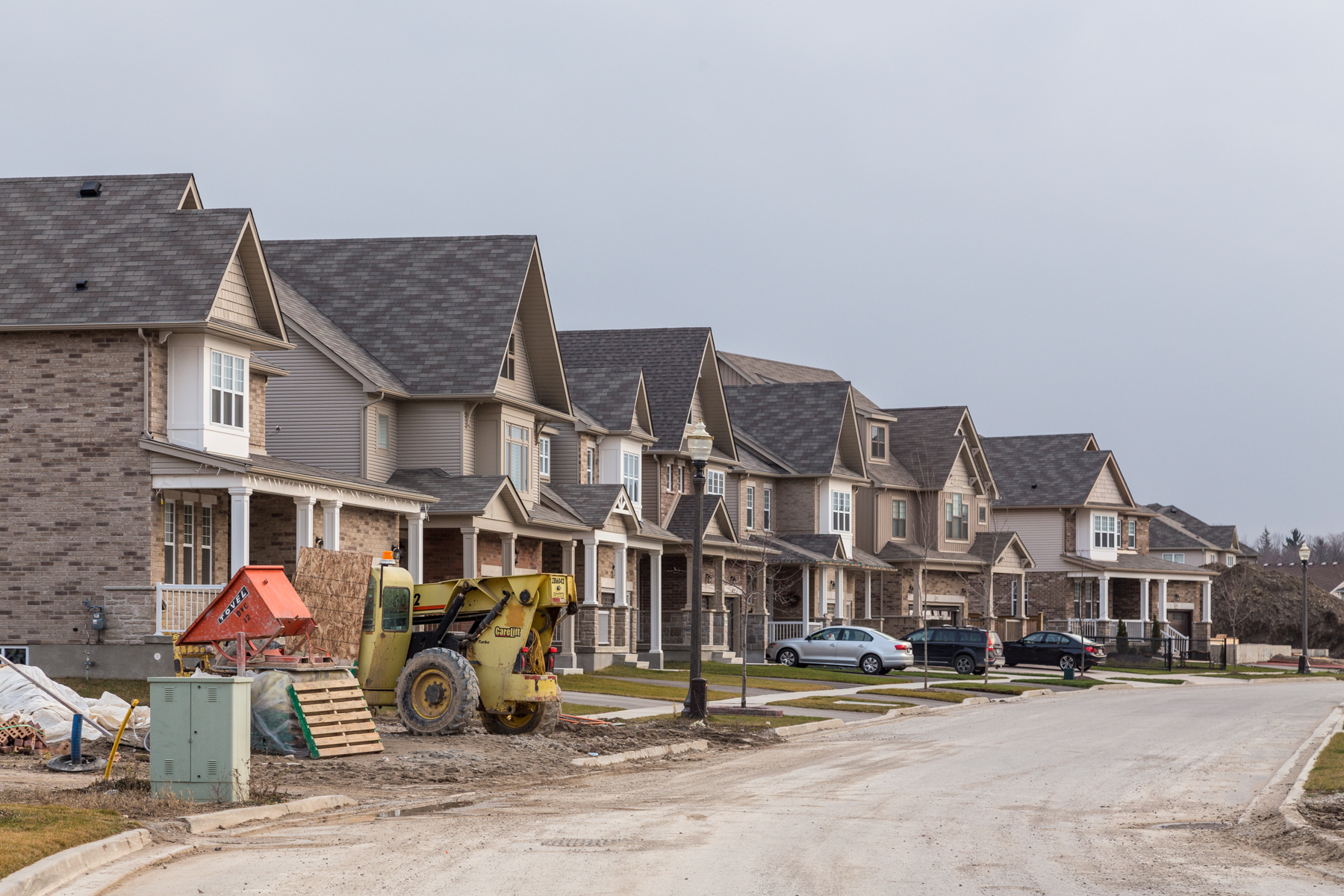 There are Kitchener neighbourhoods rich in history, and then there’s Tremaine Park.
With the first residents moving in less than 10 years ago, the neighbourhood loosely bounded by Fairway Road, Sims Estate Drive, Janine Street and Tremaine Drive is one of the youngest in Kitchener. Despite its newness, the neighbourhood has quickly developed a community spirit and strong sense of identity.

That identity starts and ends with the park. At first glance, the park is nothing special. A couple pathways, open grass, a basketball court and a playground are its main features. Yet it’s so well loved the entire neighbourhood has adopted the park as its neighbourhood identifier, even though “Edgewater Estates” is the name posted on street signs. 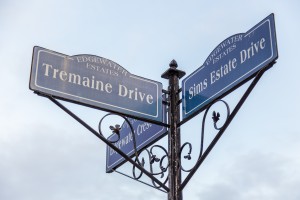 The park’s vibrancy grows from the variety of community gatherings and events hosted on its lawn, including Earth Day cleanups, Easter egg hunts, charity barbecues, tree trimmings, and Halloween parties. While these have become annual traditions, resident Julie Nicholls is most proud of the informal gatherings. She fondly recalls the time she sent out a last-minute email inviting all the neighbourhood kids to build snow forts when school was cancelled for the day. Twenty-five kids showed up. 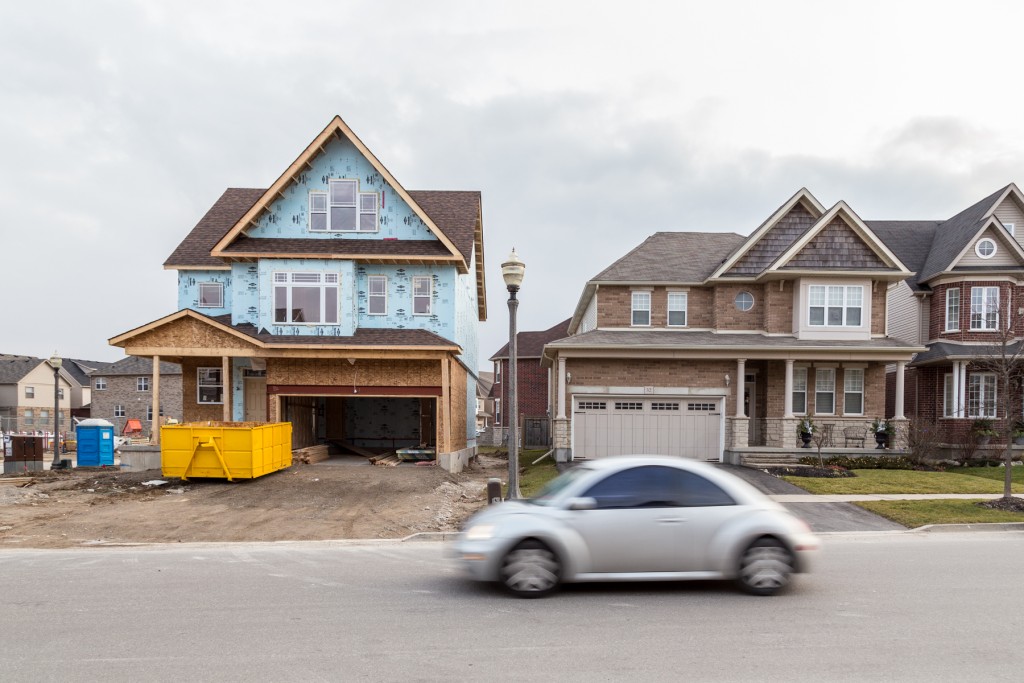 From a planning perspective, it’s no surprise that the park has been so strongly embraced by its local residents. The park is central to the neighbourhood, there is frontage on multiple streets, and links to a nearby parkette and trails. Indeed, Tremaine Park was a catalyst for how new park spaces and neighbourhoods are to be designed. According to Brandon Sloan, Manager of Long Range and Policy Planning with the City of Kitchener, the new planning model requires building parks in new subdivisions in the early stages, when people first start moving in.
Of course, the neighbourhood is not without its challenges. With new houses popping up all the time, the school boundaries shift constantly. Kids in the neighbourhood attend six different schools, with some of them bussed all the way downtown to Sheppard Public School. The City’s planning policies call for a new school and more commercial amenities in the Fairway and Lackner area to address this challenge. 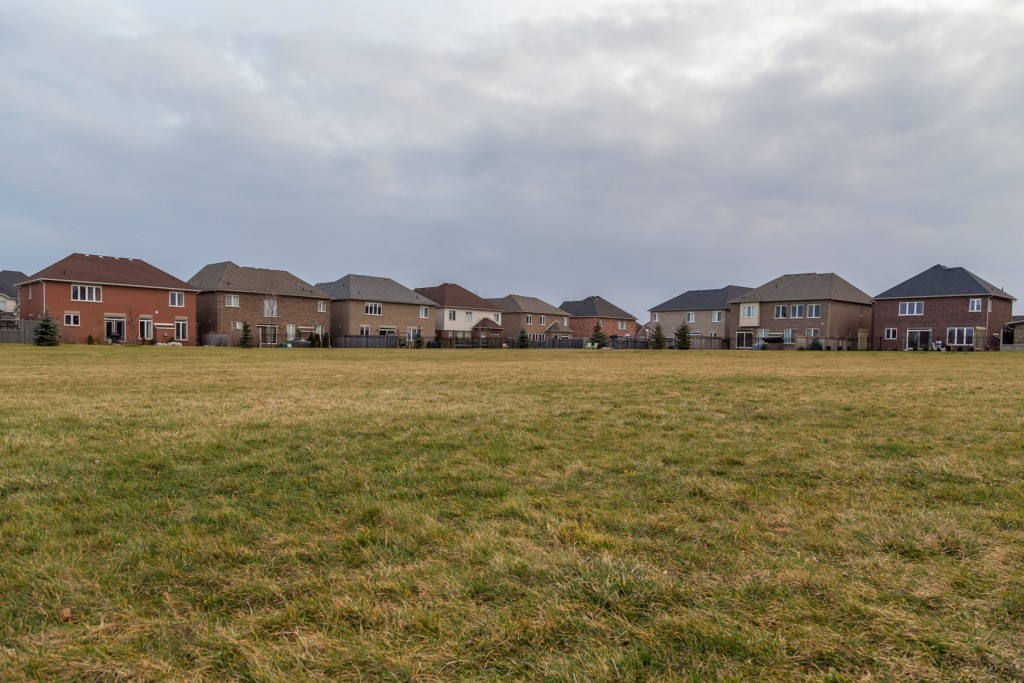 Residents are also aware of the need for recreational activities for youth, as children grow older, and understand that many of their neighbourhood events will need to develop a youth focus.
These are decidedly suburban challenges, to be sure. But the suburban stereotypes end there.
“I’m a pro-LRT person… Someday I’m going to have teenage boys in my house and they’re going to want to go to God knows where and I’m just going to drop them off at the mall and tell them to get on the LRT and go places,” explains Stephanie Sawyer, a resident of the neighbourhood for six years and firm supporter of investing in public transit. 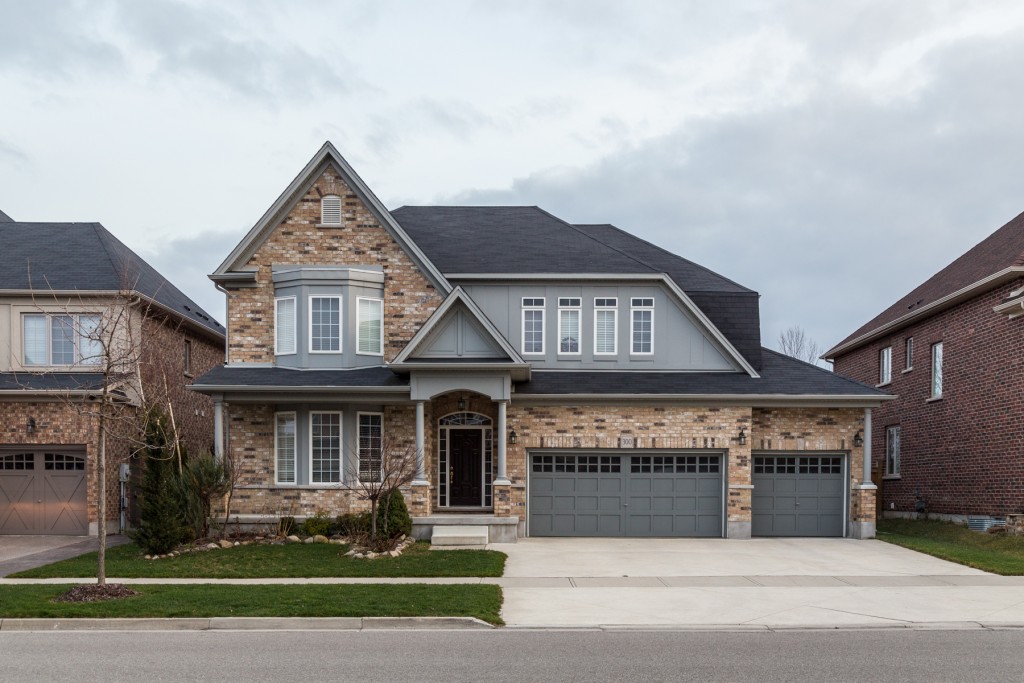 Residents also scoff at the stereotype that suburbs lack community or a sense of place. To them, the lack of history in their neighbourhood is actually its biggest strength.
“If you’re the new family moving into an established neighbourhood it’s very overwhelming to introduce yourself to everybody. When you move into a new neighbourhood you’re very well aware that everyone feels the same as you, everybody’s in the same boat,” explained resident Brooke Robinson.

Robinson’s desire to connect with neighbours was a common trait among the Tremaine Park residents with whom I spoke. And, as a volunteer with the Neighbourhood Strategy Project Team, Robinson continues to enthusiastically share her self-starting attitude as Kitchener develops its first-ever Neighbourhood Strategy. The strategy will help people connect and work together to do great things in their neighbourhood and will gather input from every neighbourhood through one of the largest and most inclusive community engagement processes in the City’s history. 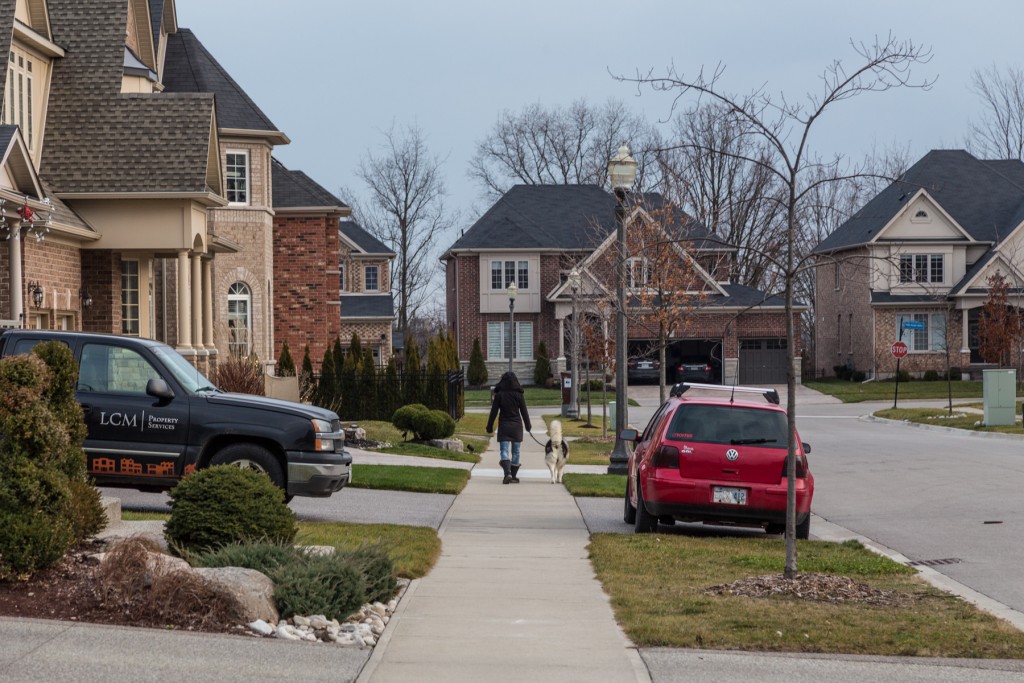 Robinson believes all neighbourhoods have the capacity to make their neighbourhood even better. Drawing on her experience, she encourages other neighbourhoods with this advice: “What I think is sort of neat is everything we’ve done here has been done by families who are just looking to make their neighbourhood better. And it’s not a daunting task to put an egg hunt together or a Halloween picnic. We haven’t followed a rule book. And there’s nothing formal about what we do. Everything’s been built from the ground up and is just done out of the good-hearted nature of the folks who live here.”
It remains to be seen how the neighbourhood will evolve as children grow and families move in and out. But the residents aren’t worried its tight-knit community will fade. As Sawyer confidently expresses, “the park will always continue. It’s the heart of the community.”