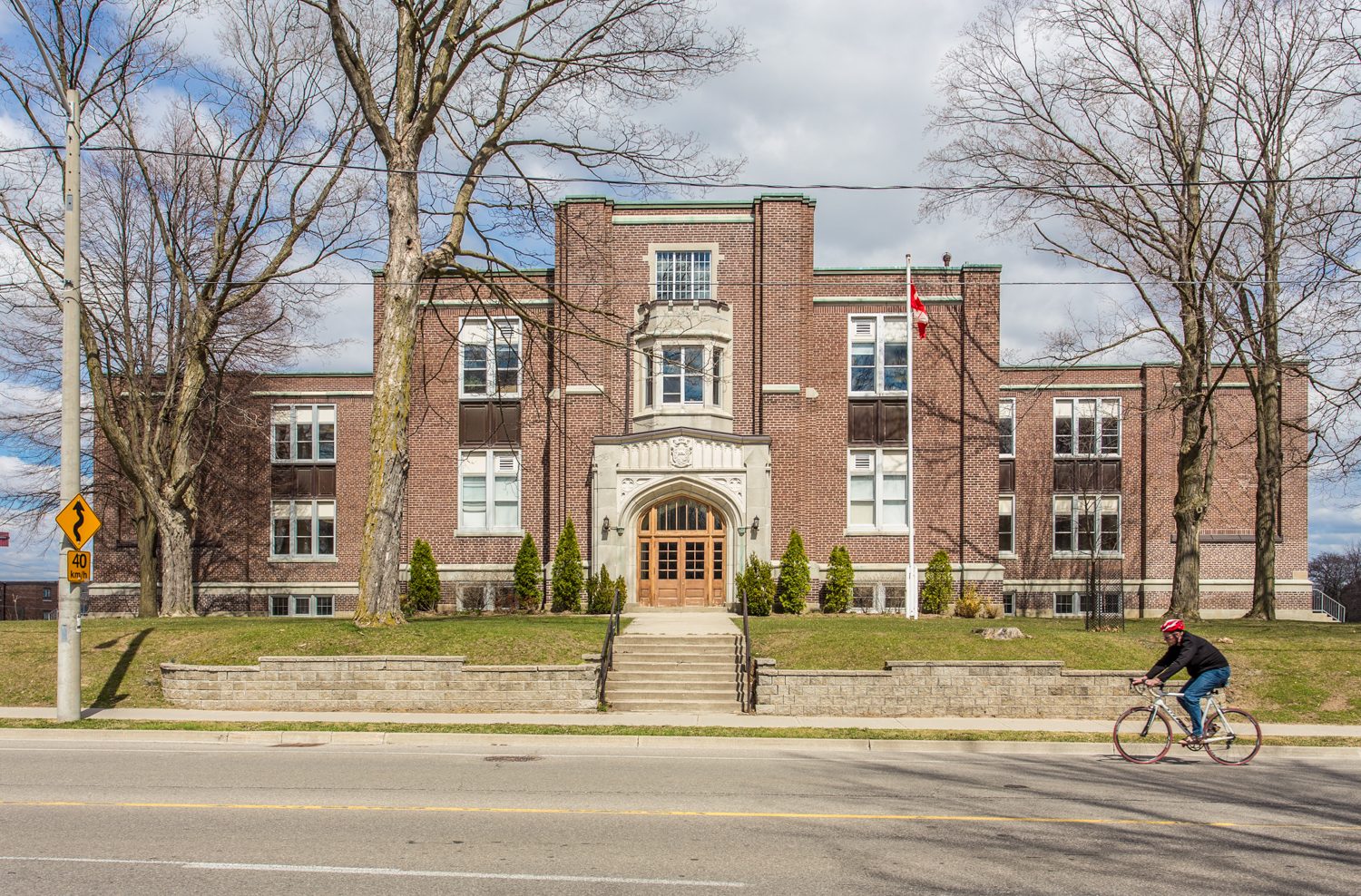 If streets could talk: Mount Hope

Kitchener’s Mount Hope neighbourhood once rested on the outskirts of town – far from the city centre, and beyond the growing industry of pre-1900 Berlin. This neighbourhood found its character in being built on the other side of the tracks.

What was once farmland to the north edge of Berlin, (later Kitchener after the name change in 1914) soon gave way to residential streets and homes as industry grew in anticipation of the Grand Trunk Railway and after its construction in 1856. Mount Hope quickly became a working class neighbourhood filled with employees who worked in the factories that flanked the rail line on both sides. 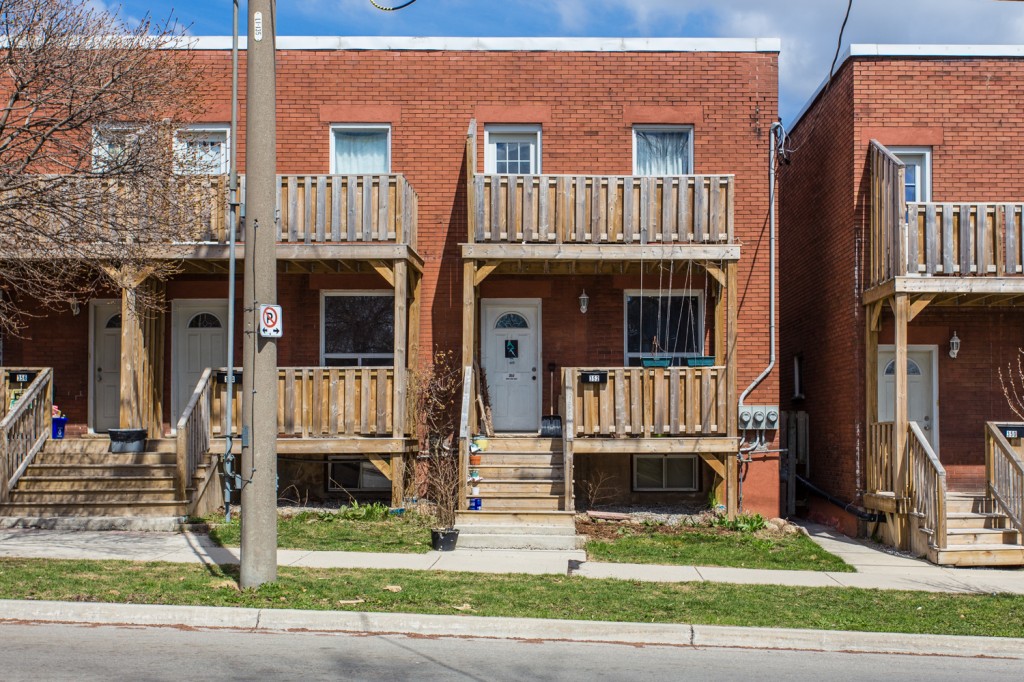 Now, over one hundred years later, Mount Hope is no longer the neighbourhood on the edge of town. It is actually a “mid-town” neighbourhood, geographically speaking, as it sits squarely between Kitchener and Waterloo. Surrounded on all sides by the major traffic arteries of King, Weber and Victoria and the zigzag city boundary line to the north. The area is characterized by the old-Berlin homes of Waterloo St., Moore Ave, Breithaupt, Shanley, Louisa, Wellington, Duke St, Guelph St, Dekay St. and several short streets in between. 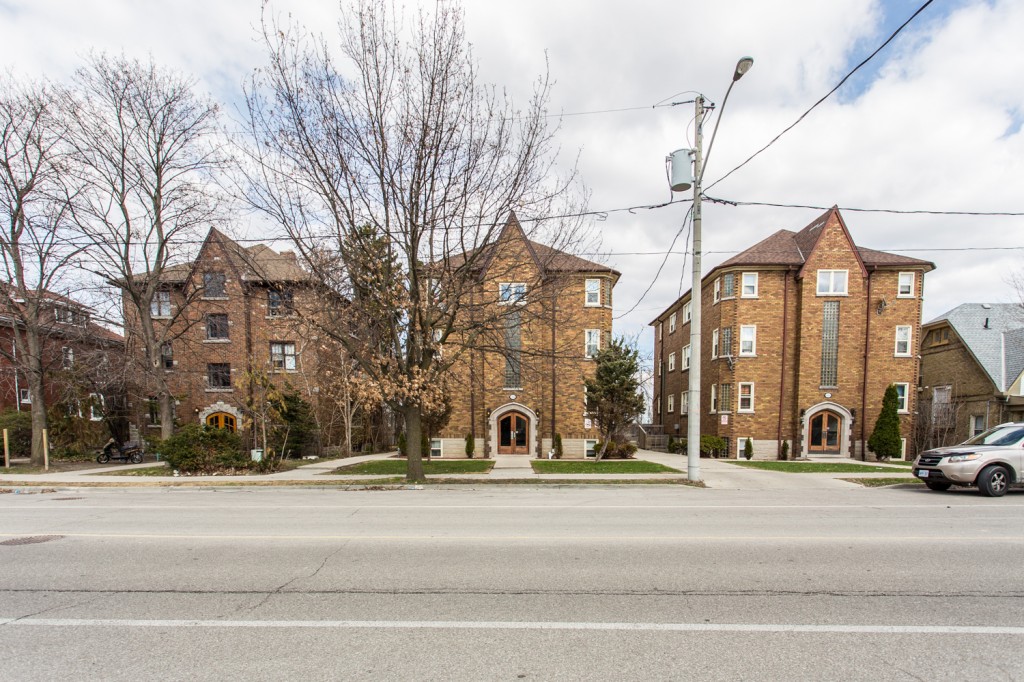 Mount Hope got its name from the large 15 acre cemetery in the centre of the neighbourhood. If you’ve been on the annual Jane’s Walk led by local resident and neighbour to the cemetery, Wayne Miedema, you’ll know that this cemetery reads like the ‘who’s who’ of early Berlin and Kitchener. Names like Walper, Braun, Breithaupt, Lackner, Vogelsang, Forsyth and more are forever connected to the building of our city foundations – literally and figuratively. The cemetery is also the resting place of a former slave family who reached this area via the “underground railway.” You’ve missed the Jane’s Walk this year (always the first weekend in May), but there are self-guided walking tours of the cemetery available online. Or, if you happen to bump into Wayne in the cemetery, he’ll tell you about the latest research he’s uncovered.

Mount Hope is a predominantly residential neighbourhood with commercial areas on the edges at King St. and Weber St. It has greenspace and parks, even a community garden at Uniroyal Goodrich Park where 24 neighbours grow vegetables and fruit in family sized plots. It has mixed housing and mixed incomes. It has good access into and out of the neighbourhood. It is home to a high number of artists and musicians and even several urban homesteaders who live sustainably from what they source locally and can grow and produce on their property. It has one of the highest density of Little Free Libraries – small, handmade ‘book houses’ with a simple ‘take a book, return a book’ principle. There are seven such book exchanges, in fact. 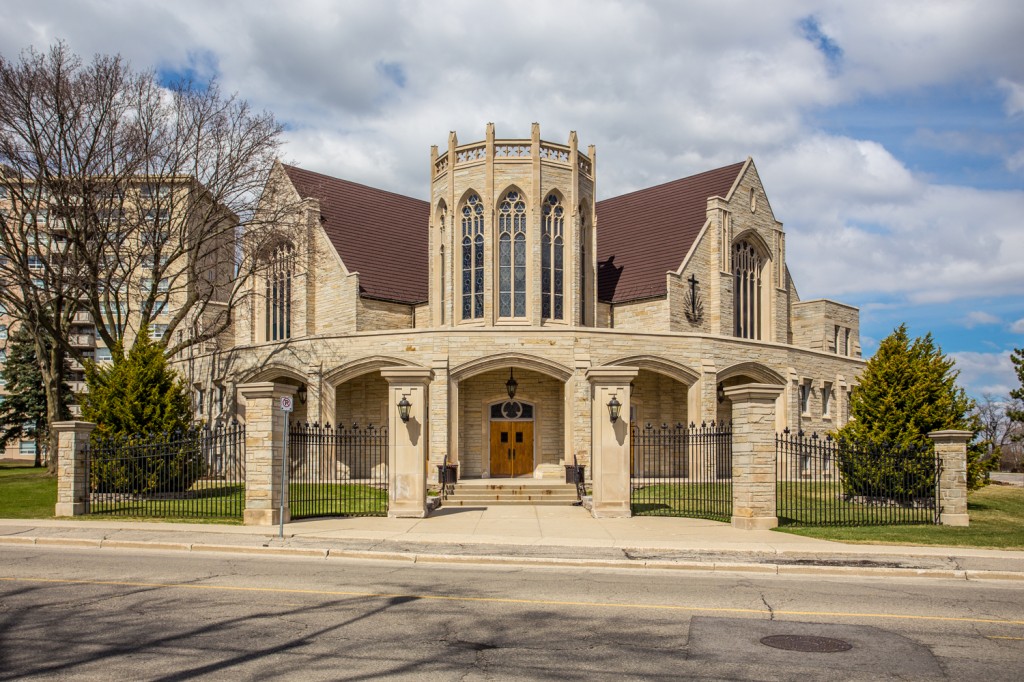 But most of all, the neighbourhood has developed a dynamic vibrancy and energy because its residents are highly interactive and neighbours know one another well. In every pocket of Mount Hope, neighbours are organizing – a summer bike rodeo to teach cycling skills for young children, a casual knit night hosted by various women, the annual Seedling Sale at Little City Farm, a pen pal project designed to connect individuals and families supported by Extend-a-Family (also in the neighbourhood on Moore Ave.) to the broader community.

Like any evolving neighbourhood, some staples are missing; in the case of Mount Hope’s hopeful midtown identity, destination points are need- ed. It’s the kind of neighbourhood where one might expect to find a coffee shop or café that becomes a quiet music venue in the evening; where one can buy warm croissants at a bakery on the way to work. 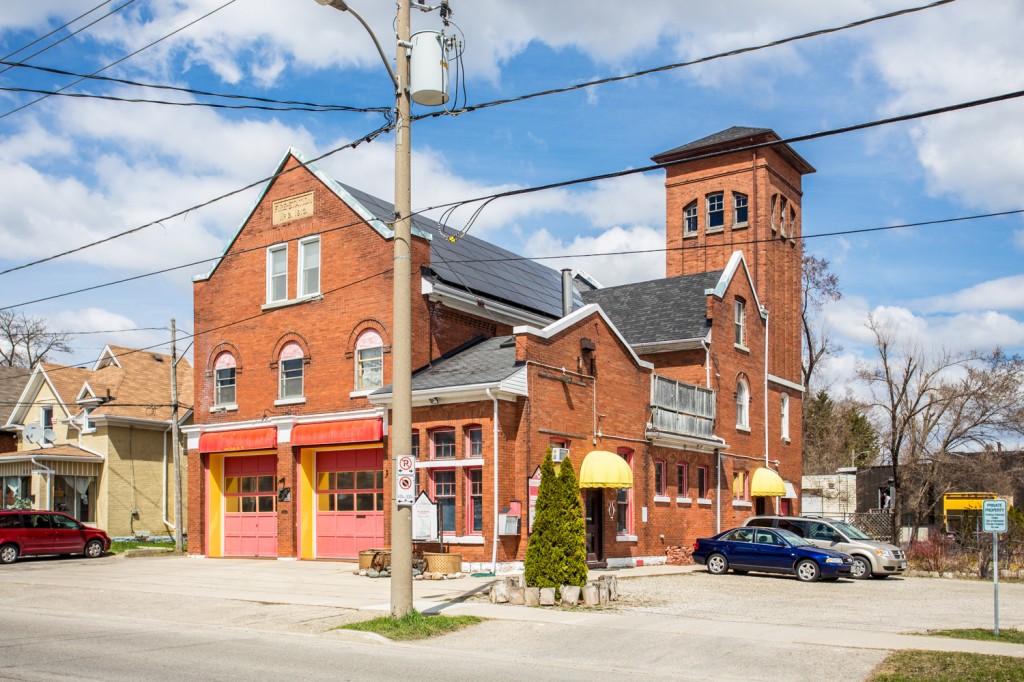 This sentiment isn’t new to Mount Hope’s historic streets, the Polish community that occupied the neighbourhood from the early 1920s had this aforementioned hybrid community of commerce and residential living – one worth revival. Families stayed for decades, creating a community that made it easy to take care of one’s daily necessities. When neighbourhoods were zoned for mixed use, Mount Hope was once home to businesses like a bakery, butcher, several grocers, a barber, shoemaker, bicycle shop and other small stores. Some of these businesses existed as recently as the mid-1990s. All are now closed, the distinct buildings rezoned and converted to apartments, but still recognizable, in their commercial skeletons. Mannie Mart, at 82 Waterloo St, is the only functioning commercial store internal to the neighbourhood. At one time there were over twenty.

Opportunity for evolution in this neighbourhood is mixed. While there is conversation and dreams for a neighbourhood centre/art space/ mixed-use/housing the character-laden Electrohome building on Shanley St. looms with contamination,  the primary reason it sits unsold and undeveloped. 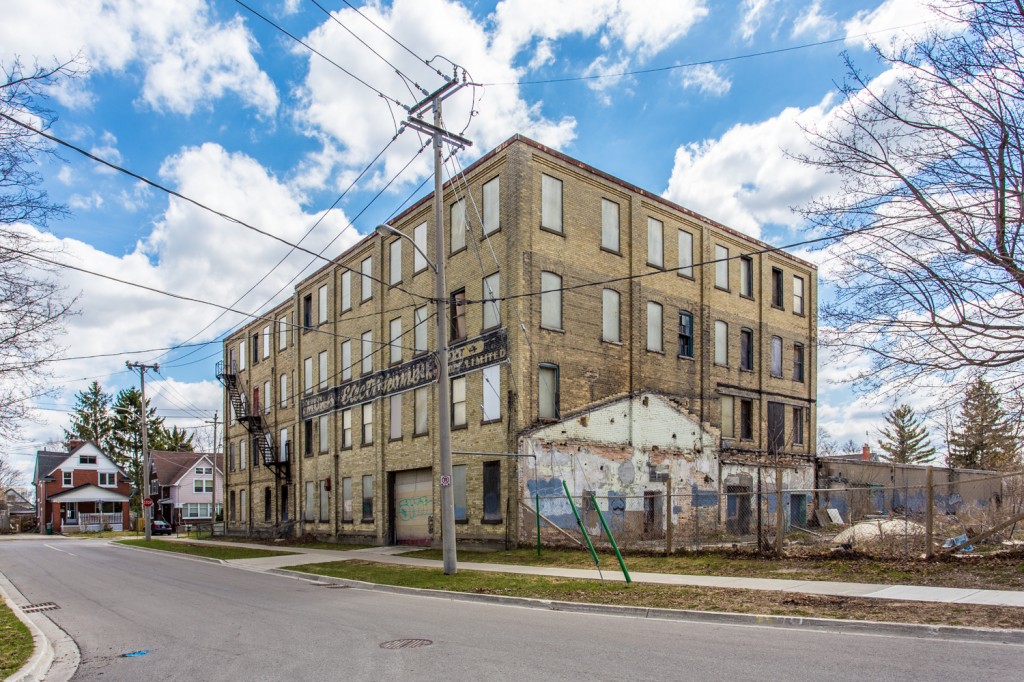 Recently, there was a flurry of talk in the neighbourhood when the Catholic Diocese of Hamilton applied to demolish the Sacred Heart convent for parking spaces. The demolition is off the table for the moment in favour of further conversation with the City of Kitchener about other potential uses of the convent. While many residents of the neighbourhood don’t attend
the church and never attended the closed Catholic school on the same site, the empty buildings look like an opportunity waiting to happen. Could this be a moment in the history of the community?

With more change to come, such as the new Google building bringing new workers looking for homes, the transit hub at the south edge of the neighbourhood along Victoria St. and efforts at increased housing density, Mount Hope just might end up looking more like a midtown neighbourhood five years from now. It would be extremely rare for any historic neighbourhood to remain unaffected by the pressures of change and growth happening around it, and Mount Hope is no exception. 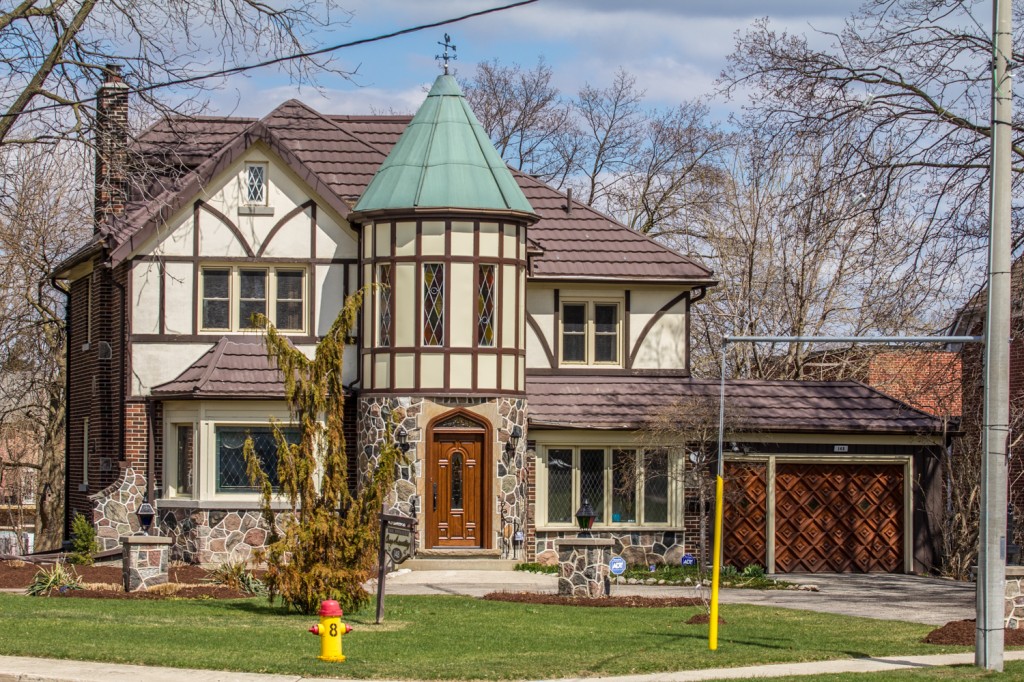 By more than geography alone, Mount Hope embodies many qualities of a “midtown.” It’s not Midtown Manhattan and never will be, but it does have a unique charm. People want to move here because of its ideal location, but more so because there’s something going on here and it’s the kind of community vibe some people are looking for in a neighbourhood.

It’s taken a little more than 100 years for Mount Hope to grow from ‘edge of town’ to ‘midtown’. But, with the pace of change and a creatively engaged community, I suspect future transformations in this neighbourhood will make it all the more appealing. 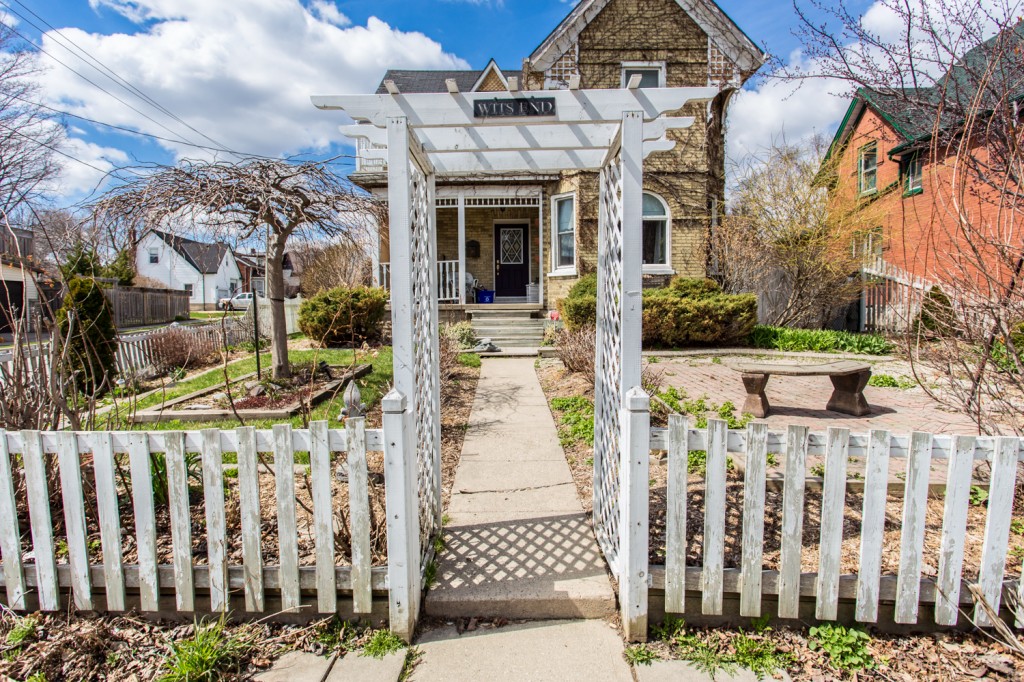