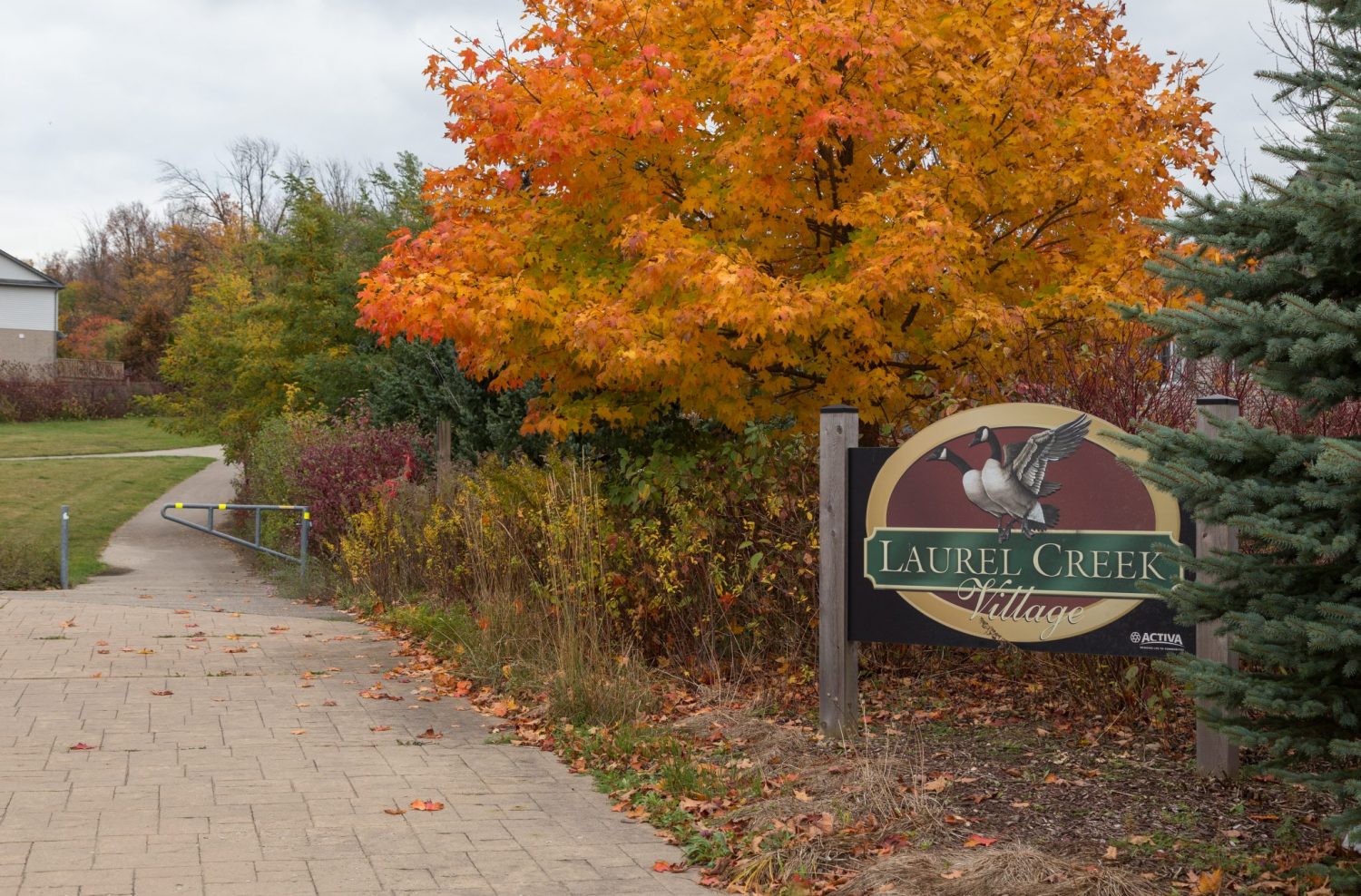 If Streets Could Talk: Laurelwood

The Laurelwood area — located on the very northern edge of Waterloo between Columbia Street, Fischer Hallman Road and Erb Street — is the place I have lived for the majority of my childhood.

We moved into our home when I was almost six-years-old. I remember taking walks up my street as a kid; however, at the time, my street (along with many other parts of Laurelwood) was unfinished and still under construction.

Less than ten houses up from mine was nothing but old farmland waiting for houses to be built. It looked like a big sea of dirt to my six-year-old self. I remember seeing the emptiness and big puddles of mud where I used to try to skip rocks.

When we moved to Laurelwood, the houses were big and the trees were small. Almost everyone who lived in the neighbourhood were young families with small children.

When I think about Laurelwood now, in comparison to how it was over a decade ago, expansion is the word that comes to mind. What sets Laurelwood apart from so many other neighbourhoods is its newness.

“It’s interesting because 15 years ago it really wasn’t there. It was just being built. So obviously it’s changed in that way because more and more people have come in, more and more services have come in and then, in a lot of ways, it’s really just discovering what it is because it is so new,” Councillor Brian Bourke said.

As a result of such youth, it’s difficult to quantify how Laurelwood has changed. In many ways, the neighbourhood is only just beginning to undergo a change.

Bourke explained that each neighbourhood in any community acquires a natural progression. For example, in most neighbourhoods, families tend to live there for a duration of 15 to 20 years when they have younger children and, as time goes on, parents of teenagers or empty nesters tend to move on allowing newcomers to enter.

This process tends to bring about a sense of change in dynamic or atmosphere to many neighbourhoods — something that seems to be occurring in Laurelwood now, almost 15 years after my family and I moved here.

“It was nothing but construction really,” Bourke said. “Now that in most of the areas that building is done now, it’s different and it’s coming of age at a time where it’s really had a change to establish itself.”

Over the past several years, Laurelwood has become a diverse neighbourhood in which more and more neighbourhoods have filled in its surroundings, such as Claire Hills and Vista Hills, making it a larger community made up of several smaller neighbourhoods.

One thing that still remains is that Laurelwood is largely coveted for a family dynamic. Its proximity to two public elementary schools and one secondary school within walking distance, easy access to shopping plazas and a more recent addition — the Stork Family YMCA and John M. Harper Library branch — makes Laurelwood the ideal location for families.

“It’s very welcoming in that way, and really, it’s one of the first new subdivisions to be opened up when the city really was changing in terms of its diversity, and I think you really see that in all of those neighbourhoods,” Bourke said.

Laurelwood’s diversity doesn’t end there, though. Bourke also explained that Laurelwood was built differently from many older neighbourhoods.

“There would often be nothing but single family homes in a neighbourhood, and now you don’t see that much anymore. You see different kinds of houses — town houses, rental buildings, things like that all put into the same neighbourhood. I think that’s something that’s different and unique about it in terms of the diversity of the residential choices,” Bourke said.

Laurelwood’s various accommodations, including two senior citizen homes, brings about a variety of individuals into one close-knit neighbourhood.

Another feature which sets Laurelwood apart from many other neighbourhoods is its proximity to the Laurel Creek Conservation Area. The creek is without doubt one of my favourite things about the place I call home, and is one the best places to watch the sunset in Waterloo.

The creek provides a close proximity to nature for those who live in Laurelwood. The conservation area is best known for its scenic walking and biking trails, beach, wildlife, campsites and, of course, the lake.

“Anytime that you have water, it’s a good thing,” Bourke said. “All the great cities of the world have been built on water, and while we don’t have the Pacific Ocean or anything like that, it does add a flavour to it that makes it different — I think because of it, people feel a little bit closer to land.”

As I’ve grown up, I’ve realized there’s a lot to appreciate about Laurelwood. On one side of the neighbourhood is all the necessities and only a short distance away from uptown Waterloo. On the other side is an escape to nature.

It’s fascinating to watch the place where you grew up undergo a change. I will be eager to see the area and how it is different 20 years from now, regardless if I still call it home.