If Streets Could Talk: Kingsdale/Vanier/Fairview

Officially, my neighbourhood is called Kingsdale, though some say Kingsdale-slash-Vanier-slash-Fairview and I typically describe it as the best-smelling place in the city. The sweet scent comes from Dare Foods, a cookie factory built way back when highway eight and King St. were one and the same. The neighbourhood, named for its relation to the street, was originally just a scattered collection of homes and businesses lining King on the edge of town, the kind of neighbourhood people passed through as they made their way to a bustling downtown.

The older parts of the smells-like-cookies neighbourhood are also some of the last to be built in the traditional grid style in this region, while everything south of Wilson Ave. follows a pattern reminiscent of a bowl of pasta. 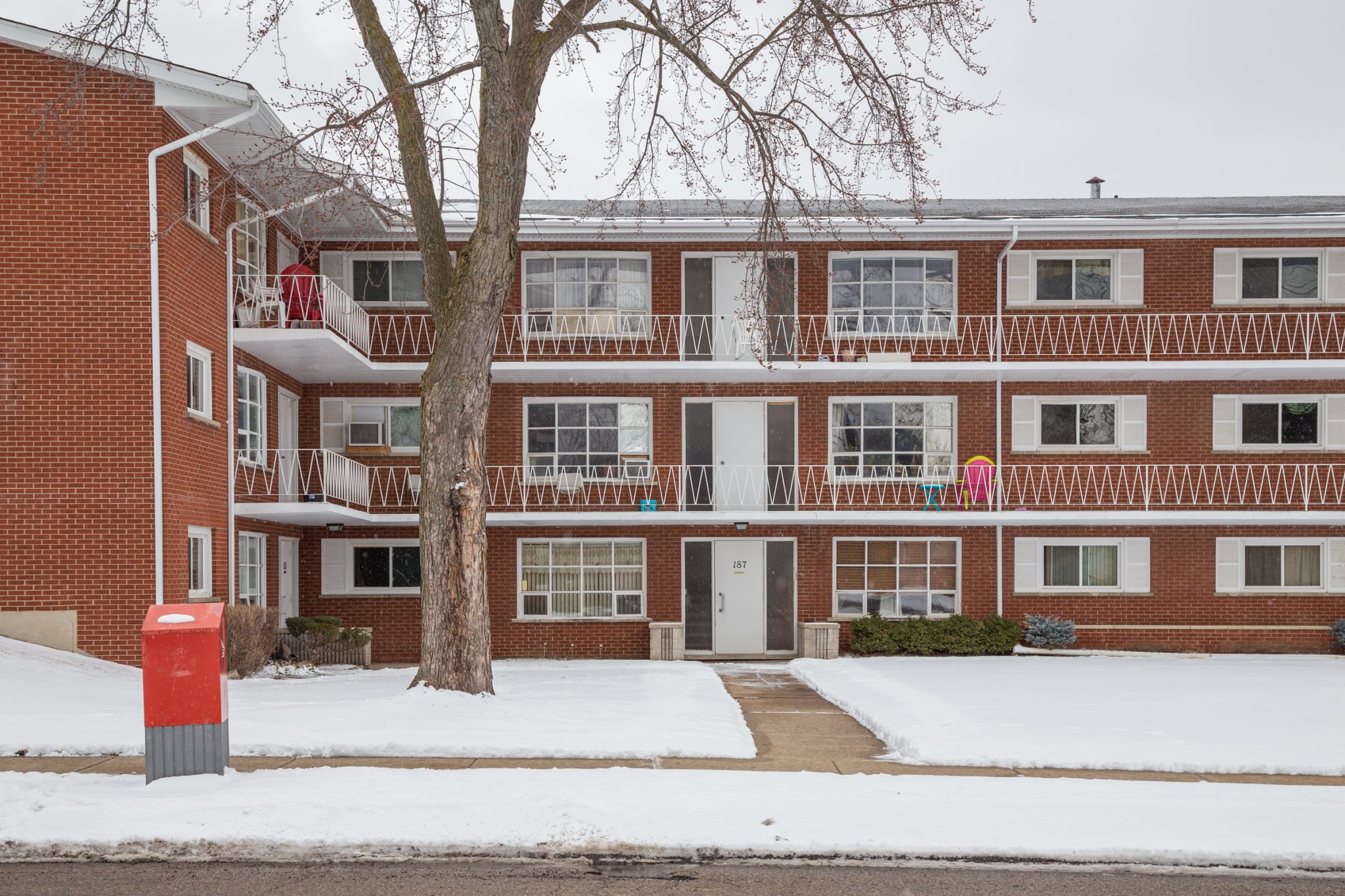 The architecture of the homes also changes as one moves from King towards Wilson and beyond. Small, mostly one-and-a-half story post war homes slowly give way to mid-century bungalows and run of the mill walk-ups and triplexes. The architecture of Kingsdale is modest, with most of the buildings and homes fitting into a time period and style between the pre-war brick and the cookie-cutter suburban. The homes of the area are mostly quite simple, quaint, well kept, and rarely boast a full second floor.

Dotted between the somewhat monotonous mid-centuries are a few more interesting buildings, like St. Aloysius Church, which acts as a terminating vista for Connaught Ave., and the much more modest Holy Trinity Church, which does the same for 8th Ave. At the eastern end of Wilson, you’ll find the Kingsdale Community Centre, which moved in recent years from a relatively sad collection of portables to its current and beautiful new home in the adaptively reused former Patrick J Doherty arena. 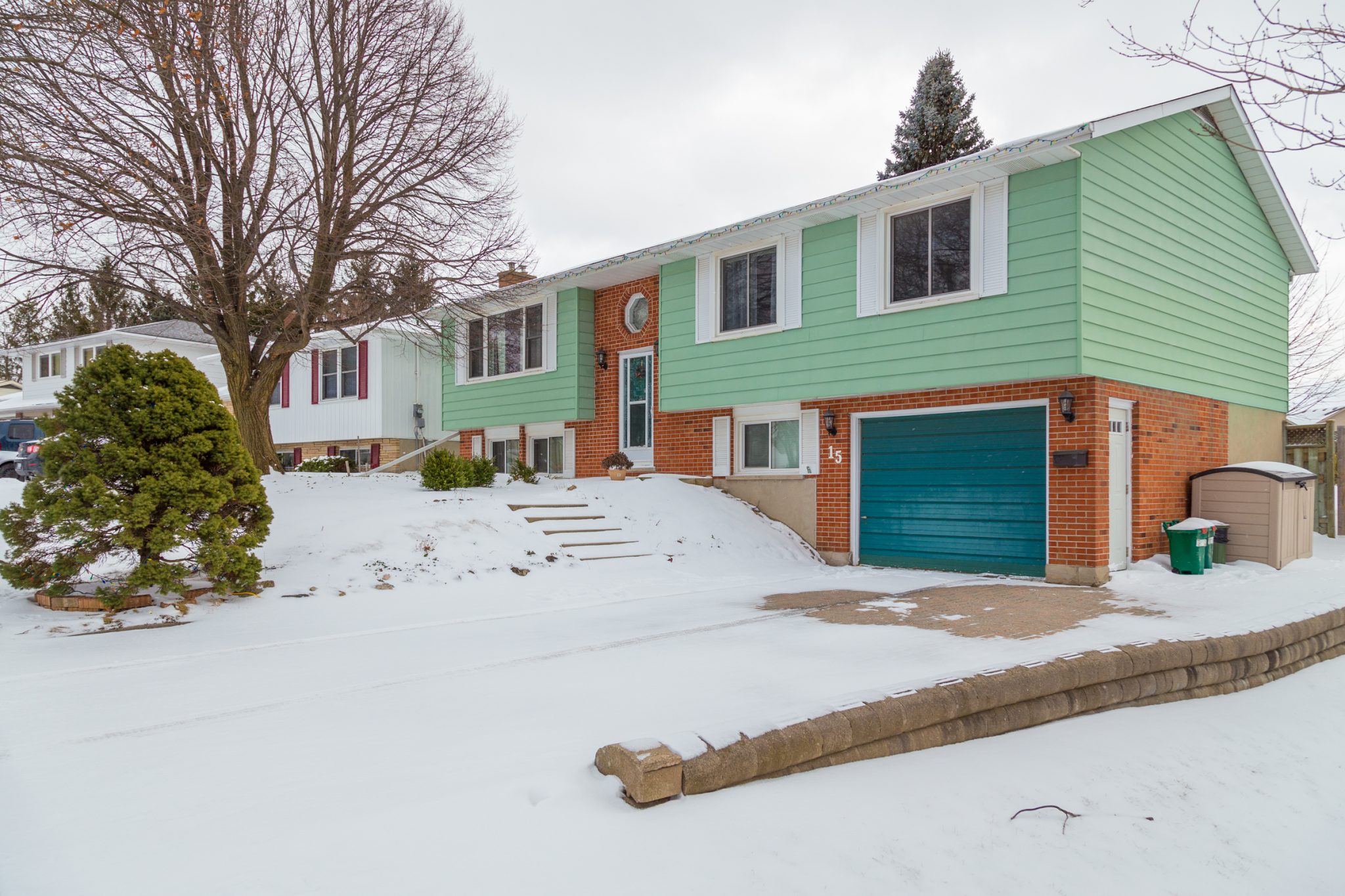 To the modern traveler, Kingsway Dr. might seem to house an odd collection of buildings, including – within spitting distance – the city’s best bagel shop (Woodfire Bagels), a vacuum dealer and a massage parlour with irregular hours. Further west you’ll find an oddly shaped plaza that once was a car dealership, and if you continue on Kingsway you’ll find Trinity Retirement Village. The Village is a former home to St. Jerome’s College, before it moved from Duke St. in downtown Kitchener on its way to becoming part of the University of Waterloo.

As Kingsway curves towards Fairview Park Mall, a somewhat unfortunate time capsule of 1960s and 70s urban planning reveals itself, in the mall and in the tower blocks that line the road. In many ways, and at the time, these suburban developments were the beginning of the end for Kitchener’s downtown. Cars and people flocked to the mall and to the conveniences of living in growing communities like Kingsdale. 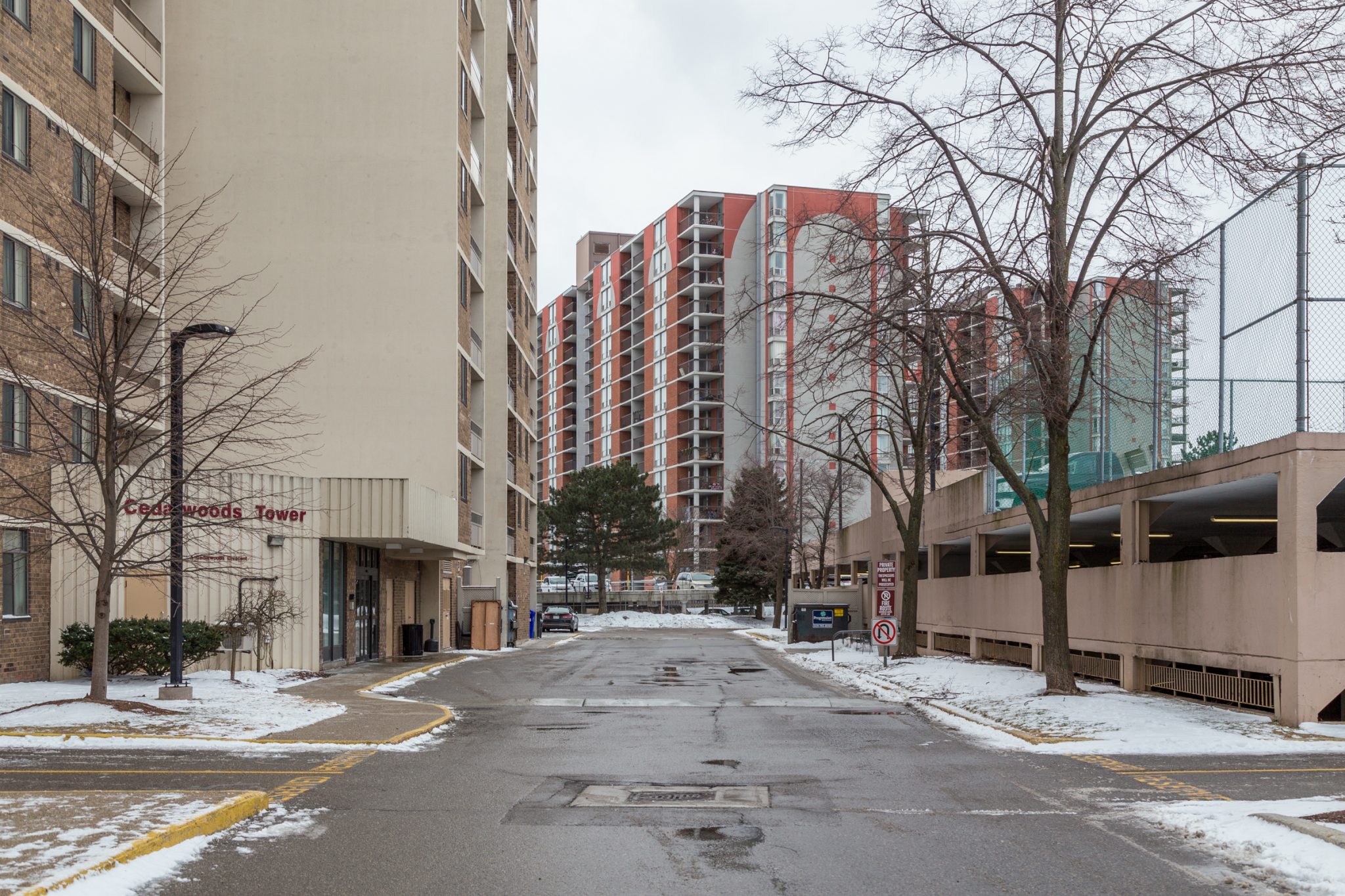 As a frontier neighbourhood on the city limits turned inner city suburb, the neighbourhood has seen its fair share of changes in the people who call it home.

According to my historical research and to the generations of people I’ve known from living in this neighbourhood for 20-plus years, in the 1960s Kingsdale was a preferred community for young families looking for a quiet place to settle down — and older empty nesters retiring to the suburbs.

In 2017 the demographics are in some ways similar and also drastically different. The neighbourhood still has many older residents, and not just those at Trinity Village. Due to its relative affordability, it is a popular place for young families and those new to Canada and the region. 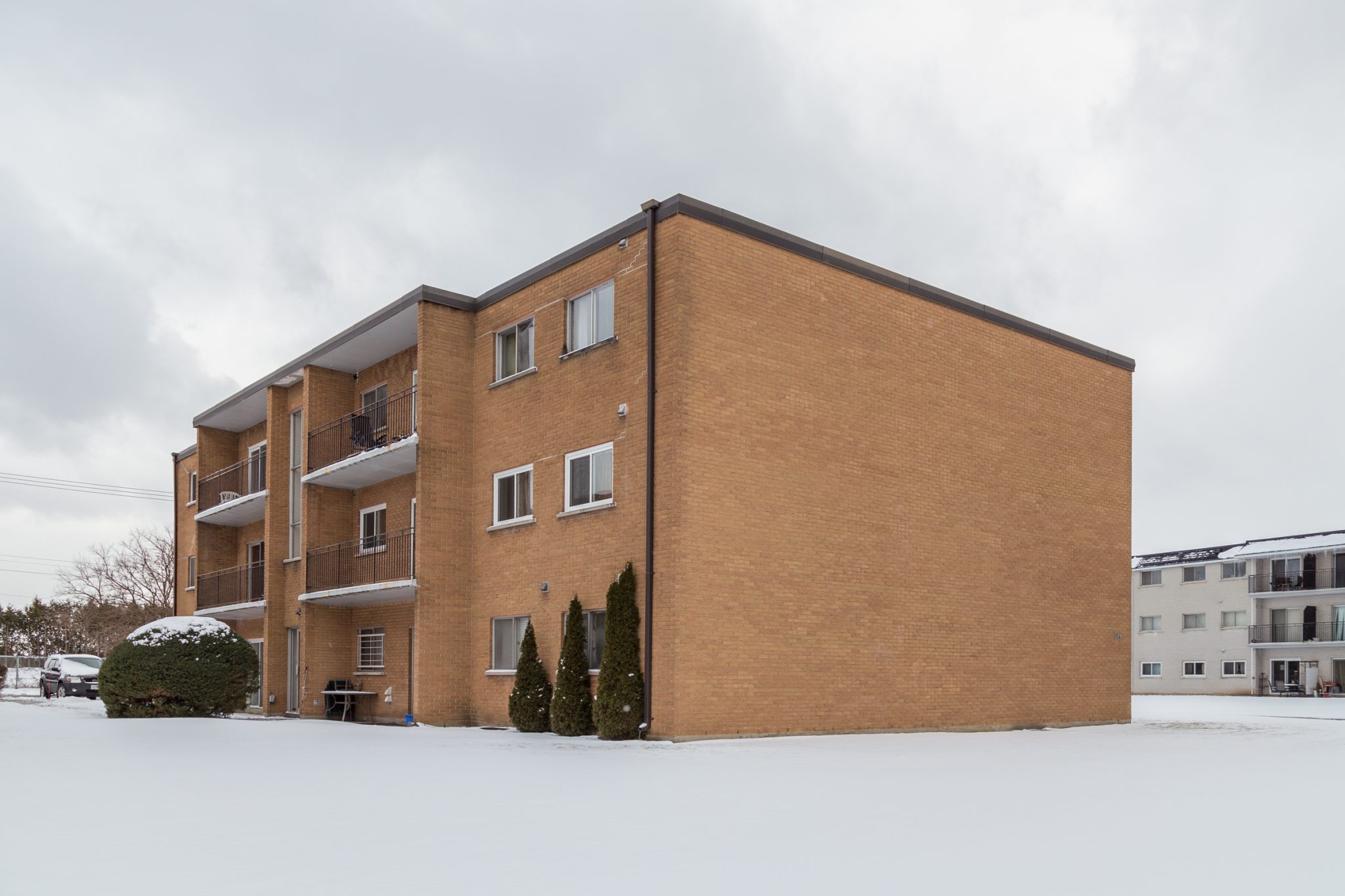 Large apartment buildings lining Fairway Rd. and close to the mall remain some of the most affordable housing in the region, even as – or perhaps because – some of the buildings are visibly deteriorating. And while individuals and families are incredibly diverse, incomes are typically not. I don’t see many ties or power suits as I walk the streets around my ‘hood. Instead it is overalls, high visibility jackets, hard-hats, hijabs, black pants with non slip shoes, and uniforms for many of the businesses on Fairway and the industrial areas beyond. This isn’t a neighbourhood full of techies, lawyers, or doctors. It’s a decidedly working class place full of hard working folks.

The future of Kingsdale looks denser, as small lots that once held a single family home are being turned into splits, townhouses and even multi-storey apartment buildings. These newer projects typically look like ugly transplants from the newest suburbs in the city, but they do provide more places for people to live in an established neighbourhood without paving over more farmland. 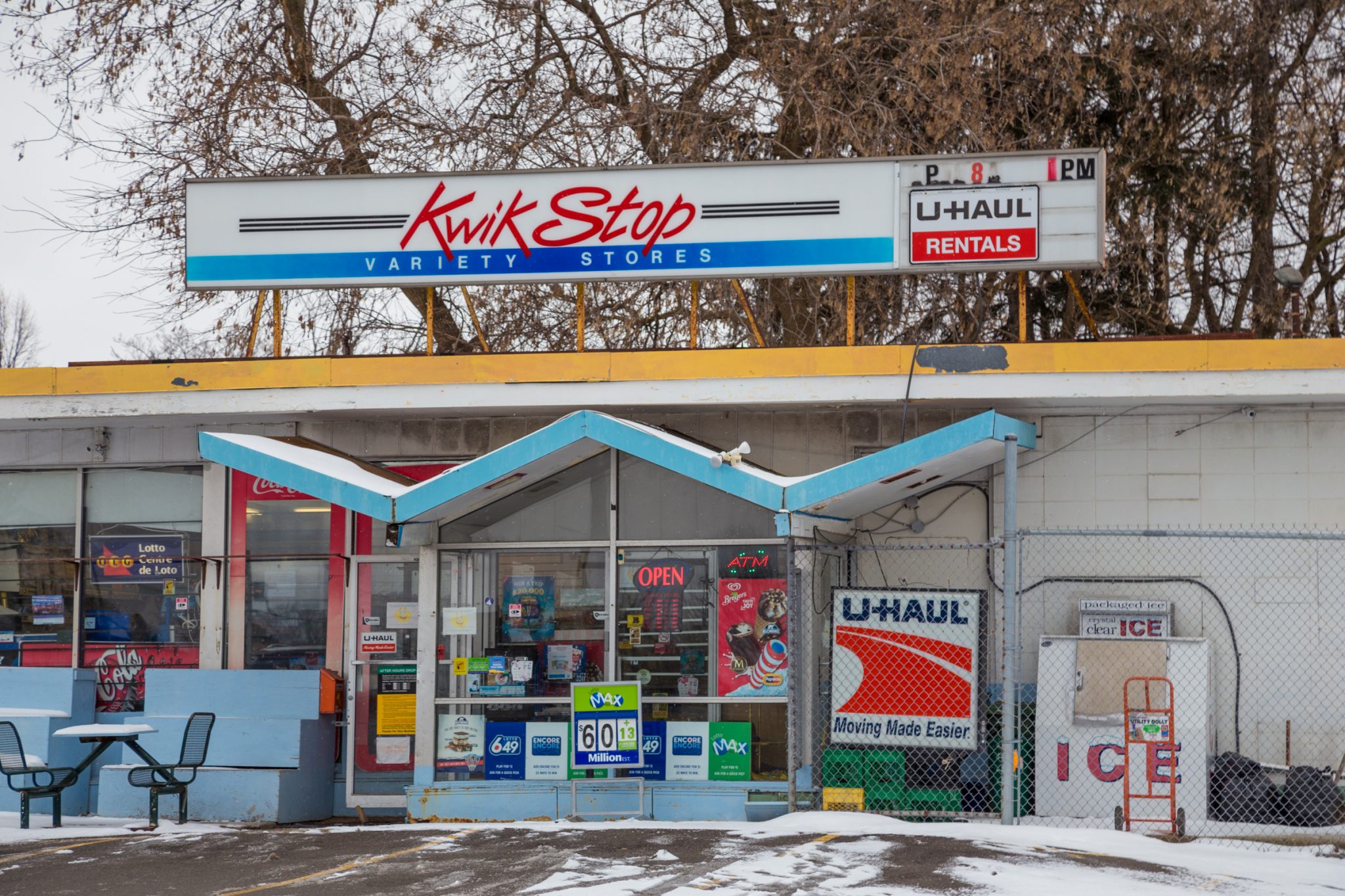 Kingsdale’s future also looks better connected, in some ways. The LRT line will stop at Fairview Park Mall, and so should connect the hood and bring it’s delicious cookie scent to the more urban parts of the region. Unfortunately, a lapse in city planning has the tracks essentially cutting off the neighbourhood from shopping and services on nearby Fairway Rd. After many in the community and beyond voiced their displeasure with being forced to walk all the way around the tracks – instead of across a short hydro corridor path – the City and Region have finally acknowledged this problem. An ongoing dialogue between citizens and local governments will hopefully lead to a solution. 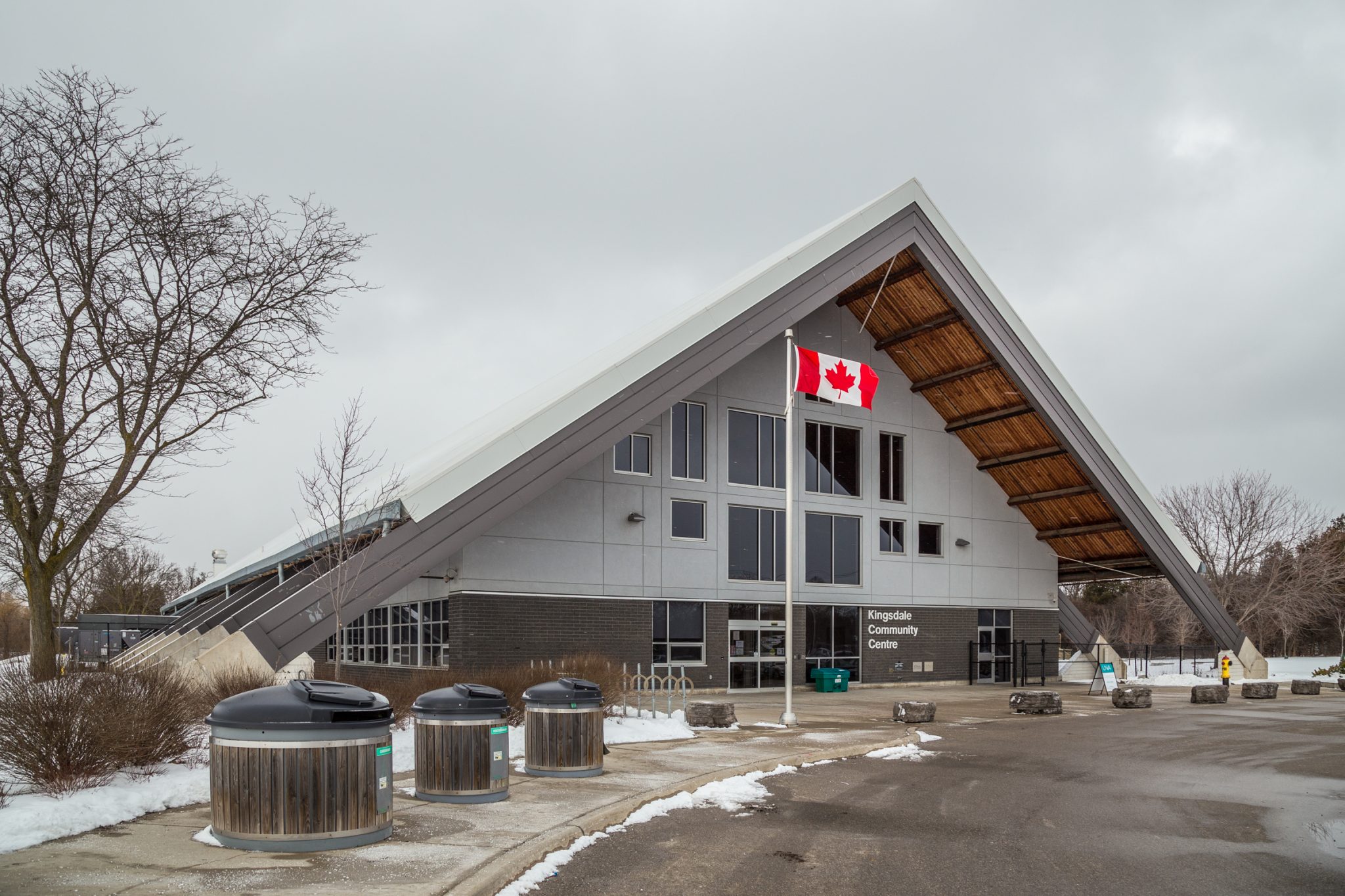 Historically an affordable neighbourhood, real estate and rental costs in Kingsdale are currently on the rise, part of a broader trend in the region, as reported by the Canada Mortgage and Housing Corporation. Interest in the local market from the GTA, the relatively strong local economy and the coming LRT continue to push property values upward, and while these forces could be temporary they also have the potential to make the neighbourhood less accessible and less affordable for younger and poorer families and individuals.

For Kingsdale to remain a great place to settle and for it to evolve with the times it will need to address these accessibility and affordability concerns before they become ingrained. Kingsdale is a modest, at times bustling, and in spots interesting, place to live. Much like the city it resides in, it’s a pretty okay place to be and not just because it smells so damn good.