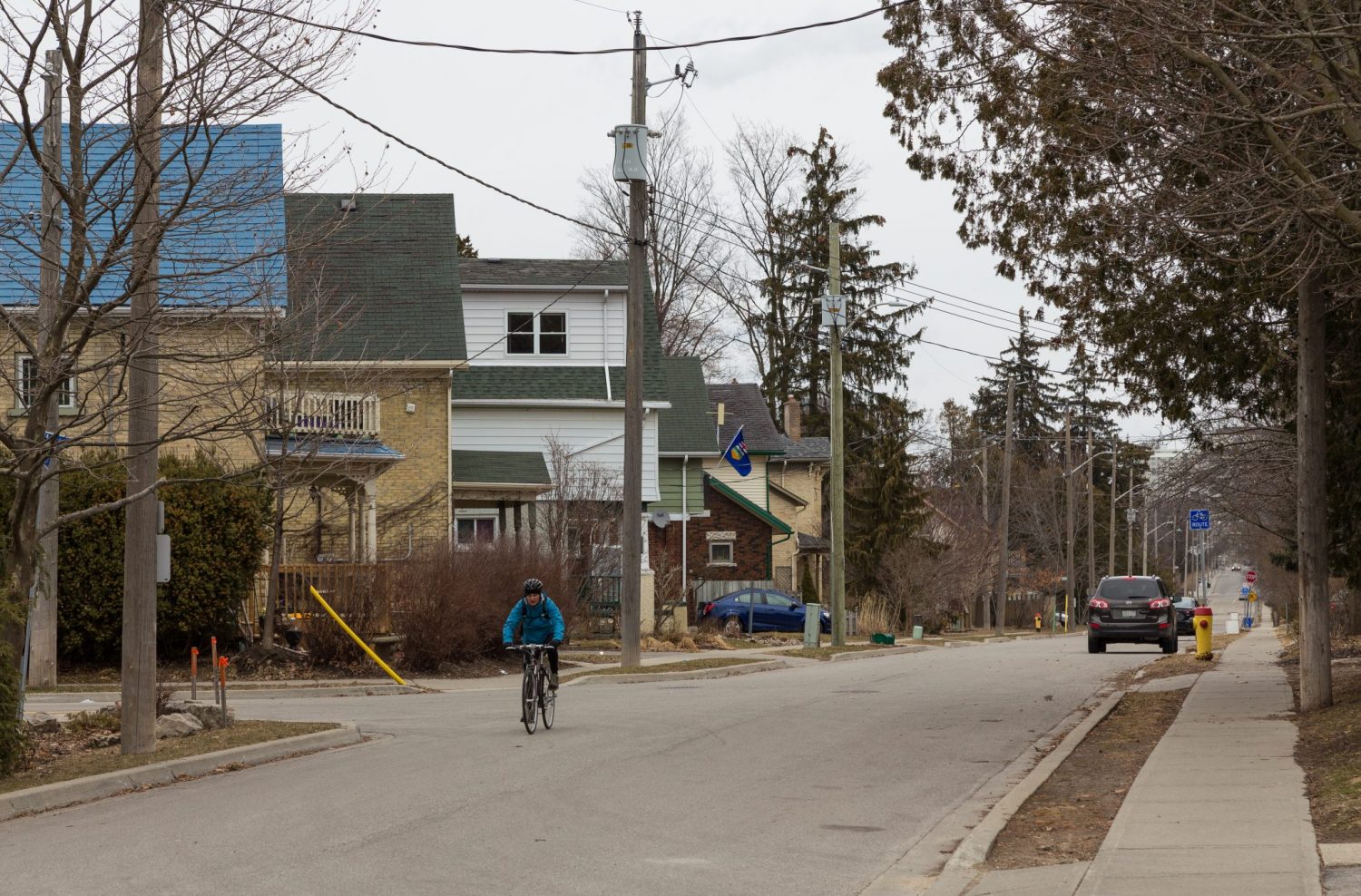 Hyperlocal Travel: Get Your Walk On

It’s spring! By this early point in the season, we wander around like dazed underground moles blinking in the sunlight after a dark winter, or we run around like puppies burning off a serious case of cabin fever. Either way, now is the time to go for a walk.

Some travel experiences can only happen on foot. Walking is one of the best ways to gain an up-close and leisurely view of a neighbourhood, historical area or cultural landscape.

In fact, the late Jane Jacobs, a passionate urban advocate, activist and author maintains the only way to truly know a place is to get out and walk. Of course, she would also recommend (or require) talking to people along the way.

Until a few years ago, the Mount Hope Cemetery on Moore Avenue, Kitchener was mostly a place I cut through to get from my house to King Street where I would catch a bus or stop at our neighbourhood independent grocery store.

One Saturday in May, I joined a Jane’s Walk hosted by Wayne Miedema who made the cemetery come to life. Miedema wove together the names on the monuments with historical stories of our city in a way I never considered before.

There is a former slave family buried in the Mount Hope Cemetery. With the downloadable self-guided walking tour of the cemetery, you would also learn that the Susand family operated a barber shop and candy store in the community.

Cambridge, Kitchener and Waterloo all have a collection of self-guided walking tours available by download from city websites.

In Cambridge, the River Walk explores architecture, public art and the Grand River in downtown Galt. Now that the old Galt Post Office renovation is complete and the new pedestrian bridge over the Grand River is open, tack these two stops on to the end of your tour.

The Walking Tour of Tech, designed by Explore Waterloo Region, follows the tech corridor, and the changing nature of technology, from uptown Waterloo to downtown Kitchener.

Grand Views is a Region-wide exploration of public art beyond the three urban cities. It requires a car and will take a full day, but it’s still self-guided.

According to a 2018 New York Times article, several US and European cities keep expanding their roster of city-led walking tours due to increased demand. Walking is the ultimate slow travel activity and it seems more and more people are interested in learning something useful about the places they visit rather than just zipping by in a car.

If our community’s participation in past Jane’s Walk weekend events (HINT: May 3-5) is anything to go by, it’s safe to say Waterloo Region residents also love exploring different neighbourhoods and discovering places they thought they already knew.

Adventure awaits, right around the corner.