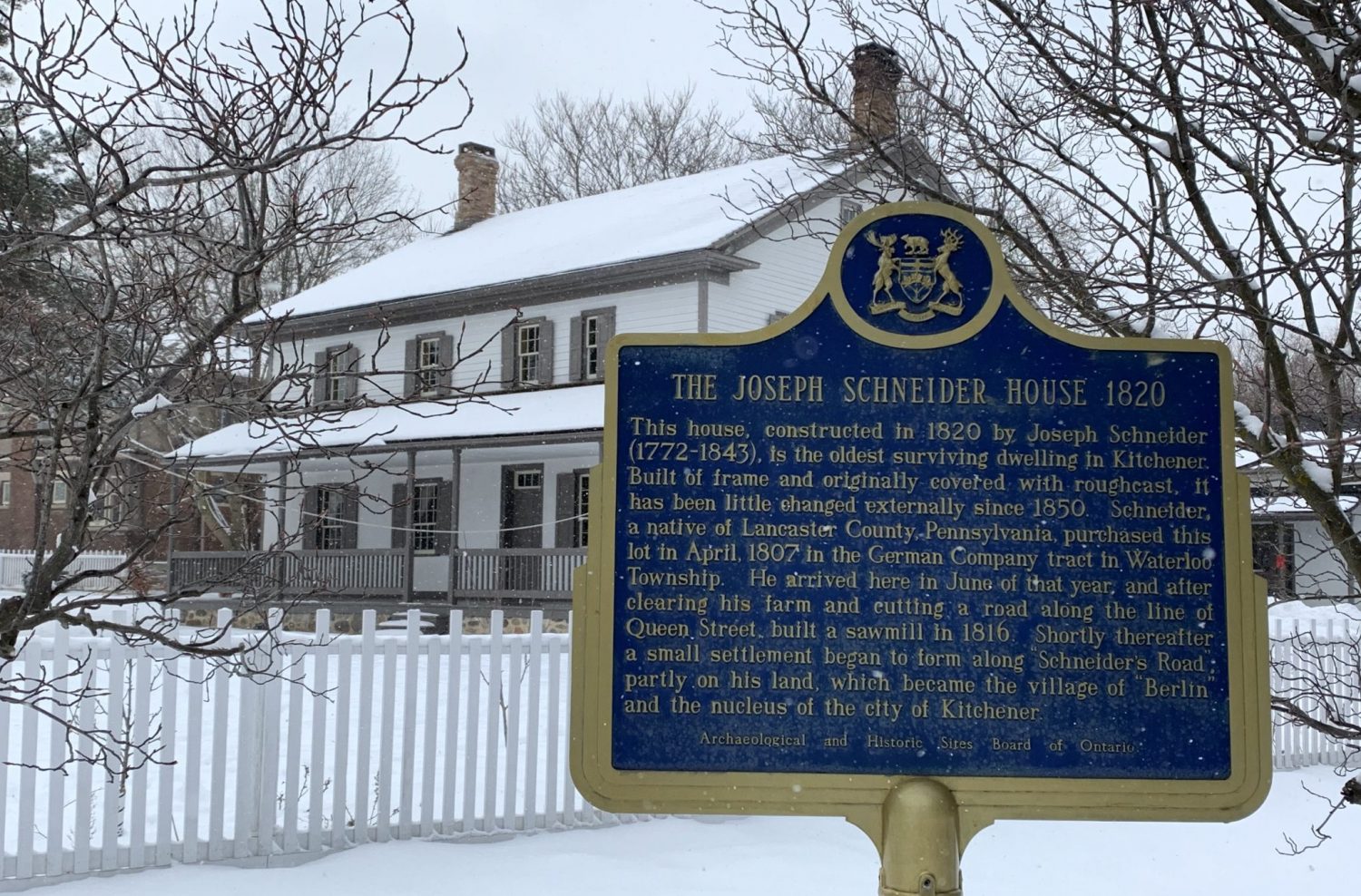 Hyperlocal Travel: Be a Tourist in Your Own City

What do these three Waterloo Region locales have in common?

The first commonality comes with a confession: they represent historic sites or museums I’ve never visited while growing up and living in Waterloo Region. Secondly, and more importantly, this trifecta of local civic history takes a snapshot of early life for settlers and immigrants to this area during the 1800s.

Clearly, I was long overdue for a visit to Schneider Haus in downtown Kitchener, McDougall Cottage on the banks of the Grand River in downtown Cambridge and the City of Waterloo Museum at Conestoga Mall. And yes, I have never been to any of these sites.

But, you can escape this same predicament from developing in your life because March is the perfect time to visit each of these local gems. In fact, I would recommend visiting all three in one day. Here’s why.

McDougall Cottage re-opened on Mar. 4, after a months-long conservation and restoration project to reveal the long rumoured trompe l’oeil paintings on the walls of the cottage dining room.

Painted by Jack Baird, circa 1906-1907, brother of the Cottage’s second owner James Baird, the newly uncovered wall murals show a faux burgundy curtain and wooden shelf circling the room. In one place, the curtain, painted with a rippled fold, hints at books sitting hidden on a shelf. Jack Baird also painted the ceiling friezes in the same room, along with several paintings on the walls of the cottage depicting scenes from his Naval travels in Canada, Scotland and the Philippines.

I never would have predicted it but I share a love of travel and art with a Canadian of Scottish descendant who lived in Galt around the early 1900s. 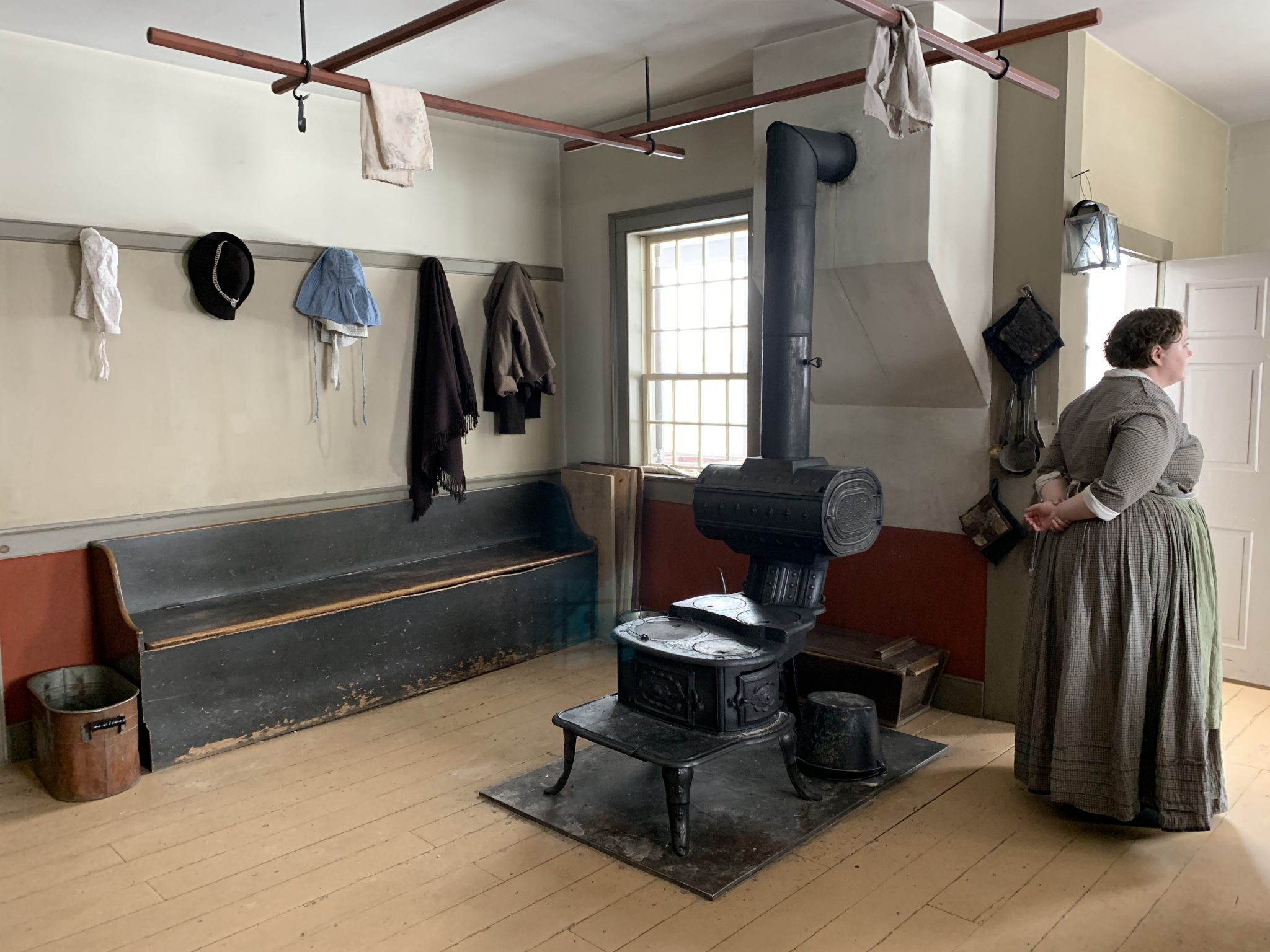 An inside look into The Joseph Schneider House in Kitchener

McDougall Cottage was built around 1858, which is about the same time that the second generation of Schneiders was running the 448-acre farm on Schneider Road, now Queen Street in Kitchener.

Schneider Haus was built in 1816, less than ten years after the German-Mennonite Schneider family immigrant from Pennsylvania. The wooden two-storey Georgian house is the oldest surviving building in Kitchener.

At this site, staff dress in period costume and operate the house and property much as it would have been in 1856.

When I visited, Grace had freshly baked “sandheart” cookies waiting on the giant family-sized table while she wove cotton tape for use on period clothing as ties for storage bags and general household uses. Throughout the year, staff tasks include spinning, dyeing, gardening, drying and preserving food, tending the stove fire in the kitchen and hosting guests, all true to the 1850’s time period.

I come from a long line of German Mennonites from Pennsylvania and stepping into the Schneider Haus felt like stepping into my Grandmother’s kitchen. The same clock tick and creak of wooden floors. The same smell of old soap — a warm wood stove and prepared food. 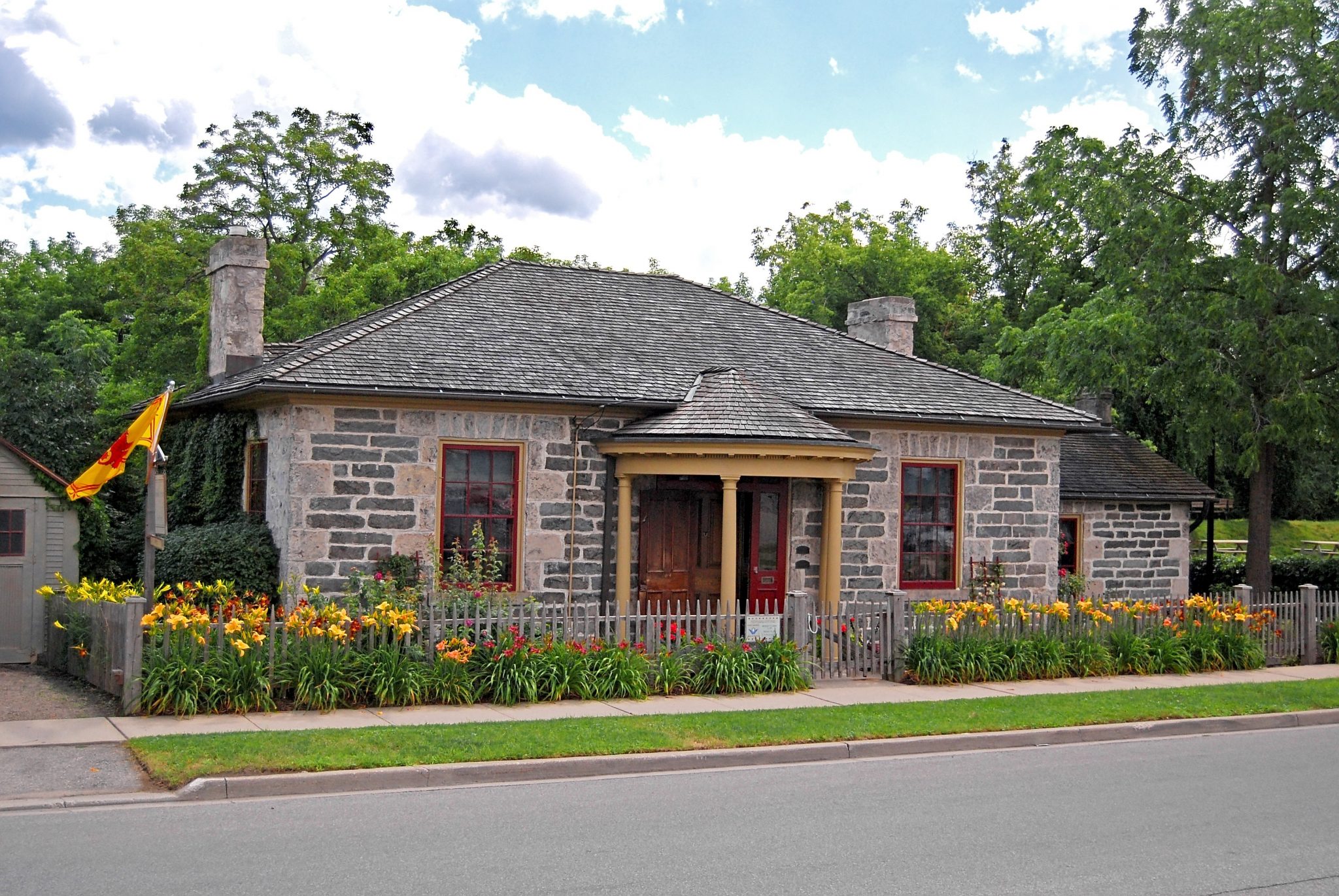 So, how does a ten-year-old City of Waterloo Museum connect to all of this 19th century history?

For starters, the City of Waterloo Museum holds the Seagram collection of artifacts (over 10,000 items) related to 100+ years of flour milling and spirit distilling in the heart of Waterloo.

Secondly, the museum’s current exhibit, “A Taste of Science,” a travelling exhibit from the Canada Agriculture and Food Museum, pairs the science of pickling, fermenting, curing, canning and dehydrating of food with the history of food production and preservation among early settlers to Waterloo during the 1800s.

During the same 19th century era that the McDougalls in Galt (Cambridge) and Schneiders in Berlin (Kitchener) were building family lives, community and small industry, the Erbs, Sniders, Seagrams, Bauers and others were doing the same in Waterloo.

In my imagination, I picture these families knowing of one another across the distances between the three communities.

Did they gossip about their businesses and affairs? Did they ever correspond? Even though the Schneiders and early Mennonites would have brewed their own beer and cider, what would they have thought of the Seagrams and their alcohol enterprises? Would the McDougalls have been envious of the large house built by the Mennonites in Berlin?

Joseph E. Seagram was born in Fisher’s Mills (near Hespeler) — did he ever return to this industrious area and cross paths with other immigrants from the British Empire of the day?

This is why I suggest you visit all three museums in one day. They tie together similar but unique histories across three growing communities during a specific time period. That’s exactly what museums and historical sites are supposed to do for us — tell a connected story about the present, past and future of our communities so we can learn, grow and evolve.