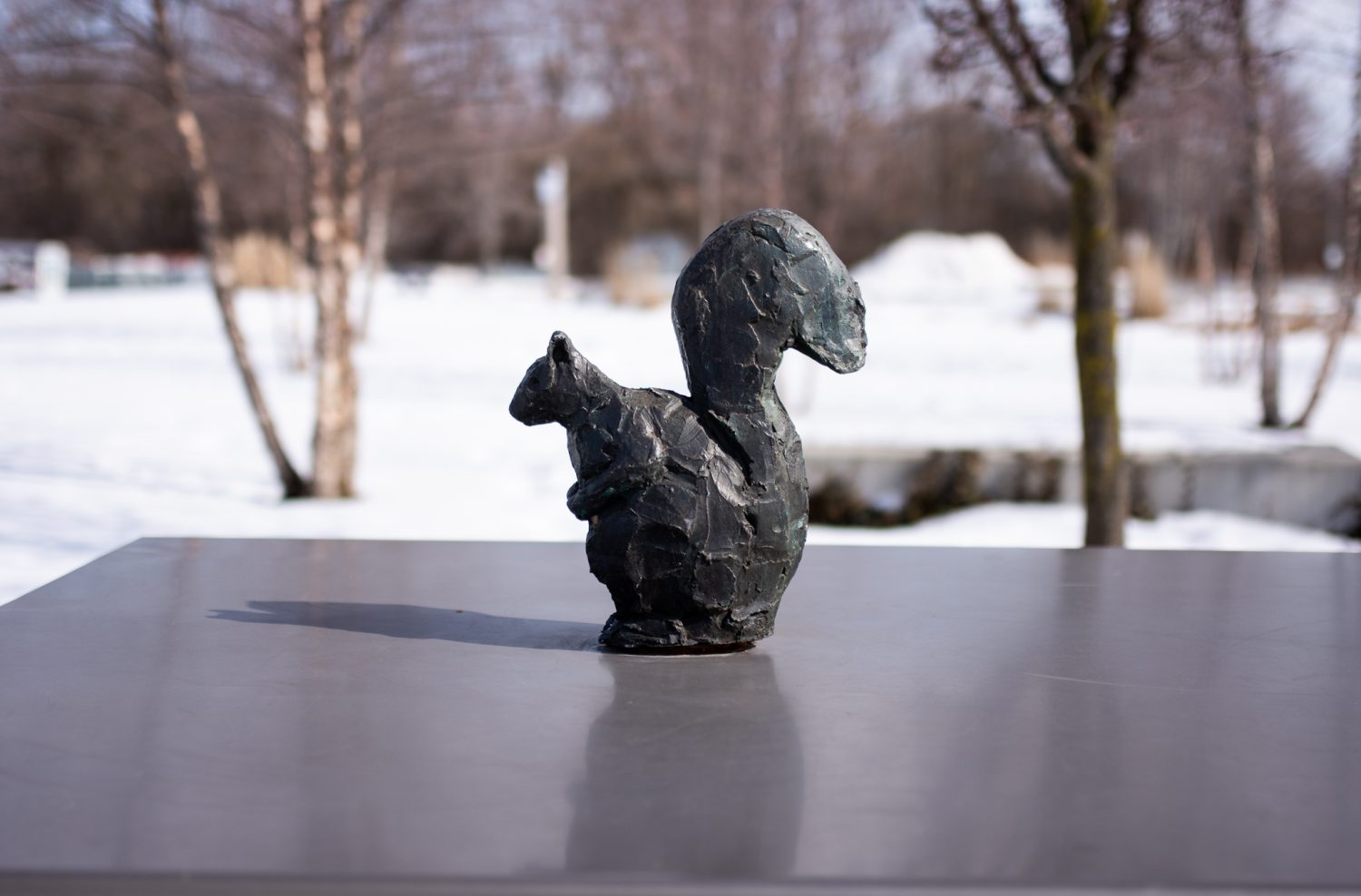 How Public Art Comes to be in the City of Waterloo

Public art can serve many purposes within a community — representing local values and culture, beautifying spaces and starting conversations.

A couple of years ago, Waterloo was one of the early adopters of a public art program that required capital builds over a million dollars to contribute one per cent of their budget to public art. This development has helped fund many public art initiatives in the city.

Technically, public art is any art that exists where it is publicly accessible.

Public art projects can develop over a number of years, but the first steps usually involve choosing a place and the themes or subjects the art will explore. After these things are decided, there will be an artist call where those interested can submit their ideas to be chosen by a professional jury. 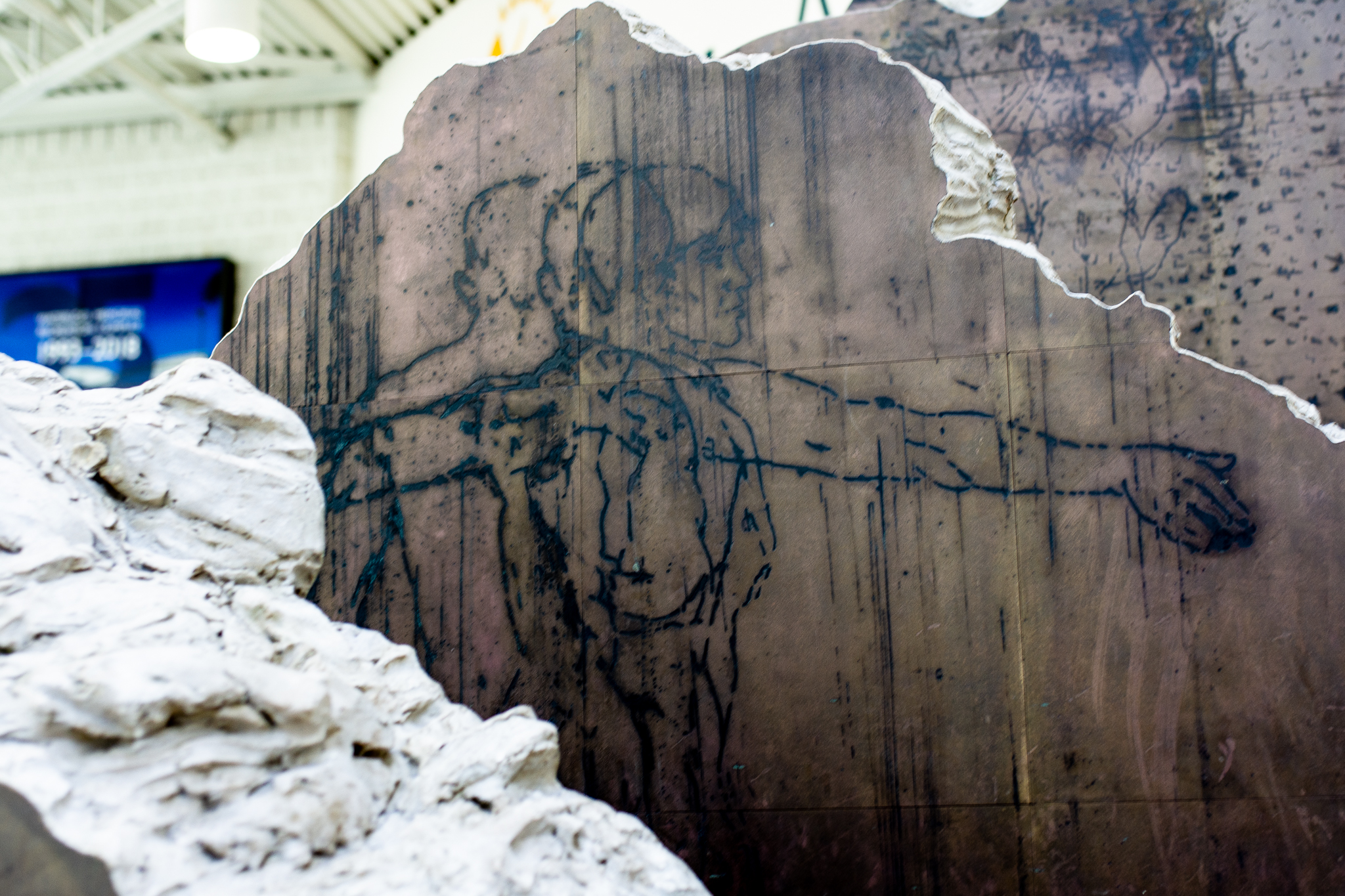 Installed at the Waterloo Memorial Recreation Complex, Etched into Memory is a series of six pieces that forms a human head when combined. Brass plates carry etchings, including portrayals of bodies in various athletic actions. This work was created by Evan Penny and Stephen Andrews.

Public art can be either a permanent installation, lasting at least 25 years or a temporary installation.

During ION construction, the City of Waterloo had a yarn-bombing initiative to liven up construction fences. The project had over 300 participants who knitted or crocheted 30cm x 30cm squares with donated materials that were sewn together to create a larger piece. After the installation was taken down, the squares were cleaned and donated to the Humane Society to be used as cat blankets.

“Even if you didn’t know all the people who were involved, if you passed this, it was something a little bit different, something that could potentially spark joy in people’s lives. I think public art and temporary public art have the power to do that,” Poweska said.

A fairly recent project is the installation of Nuts by Ted Fullerton on Father David Bauer Drive. The piece consists of large tables with statues of a squirrel and a nut. 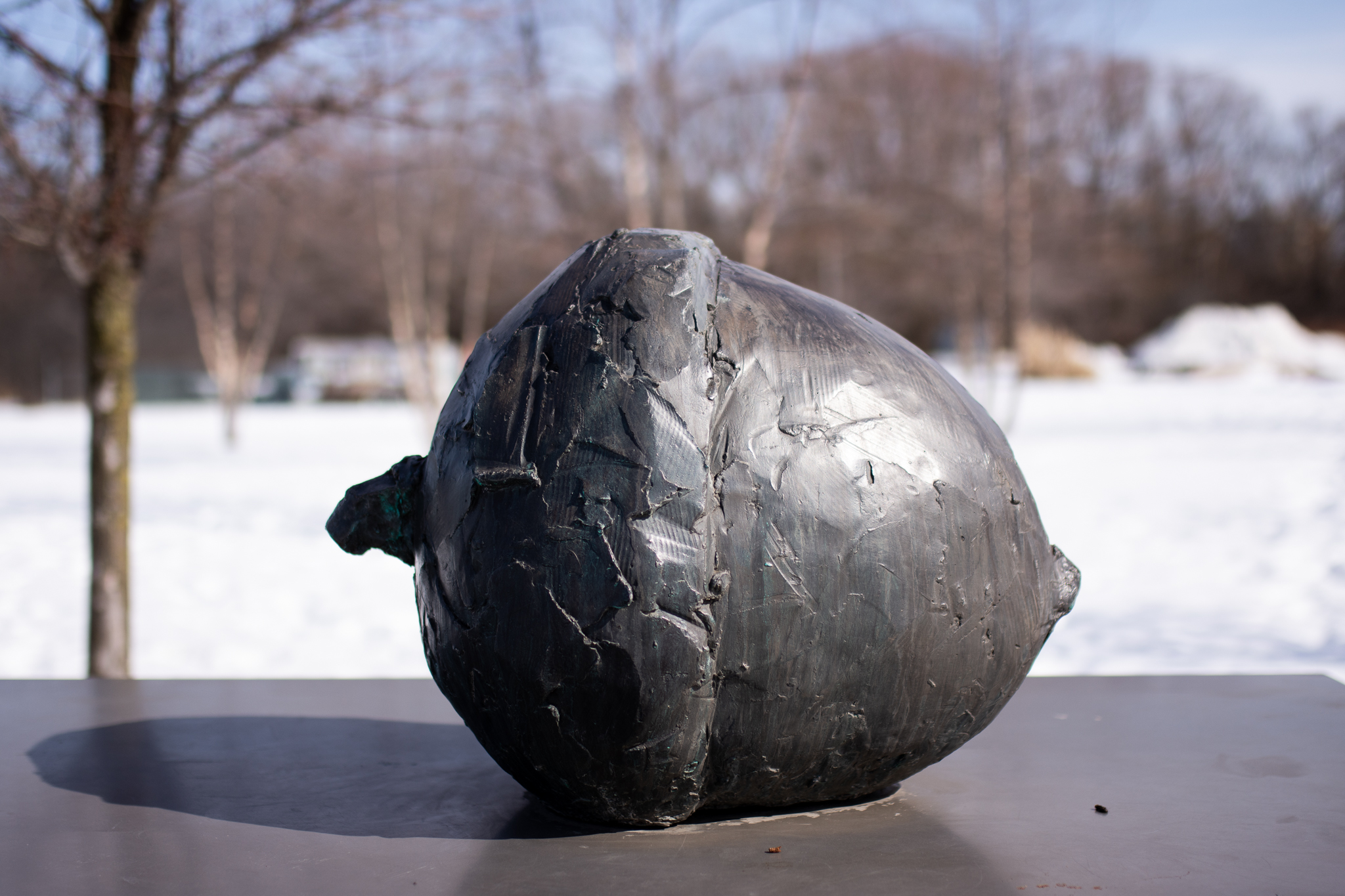 Does public art make you squirrelly? This piece is part of Nuts by Ted Fullerton on Father David Bauer Drive.

“It’s meant to symbolize gathering. Also emergency preparedness as a city [as in] saving your nuts for the winter….We’ve seen some community picnics there hosted by the library — when the trees grow it will be a more shady area. But it’s a really comfortable area and we hope to see those areas grow,” Poweska said.

The City is currently working on a project creating custom tree grates for Willis Way.

“I think the move towards more seamlessly designed art integrated into our public spaces is a really interesting thing that a lot of cities are exploring and that we’re really committed to exploring. It just makes for a more wholesome and engaging experience as a citizen,” Poweska said.

Maps to public art in the region can be found on the City of Waterloo website.