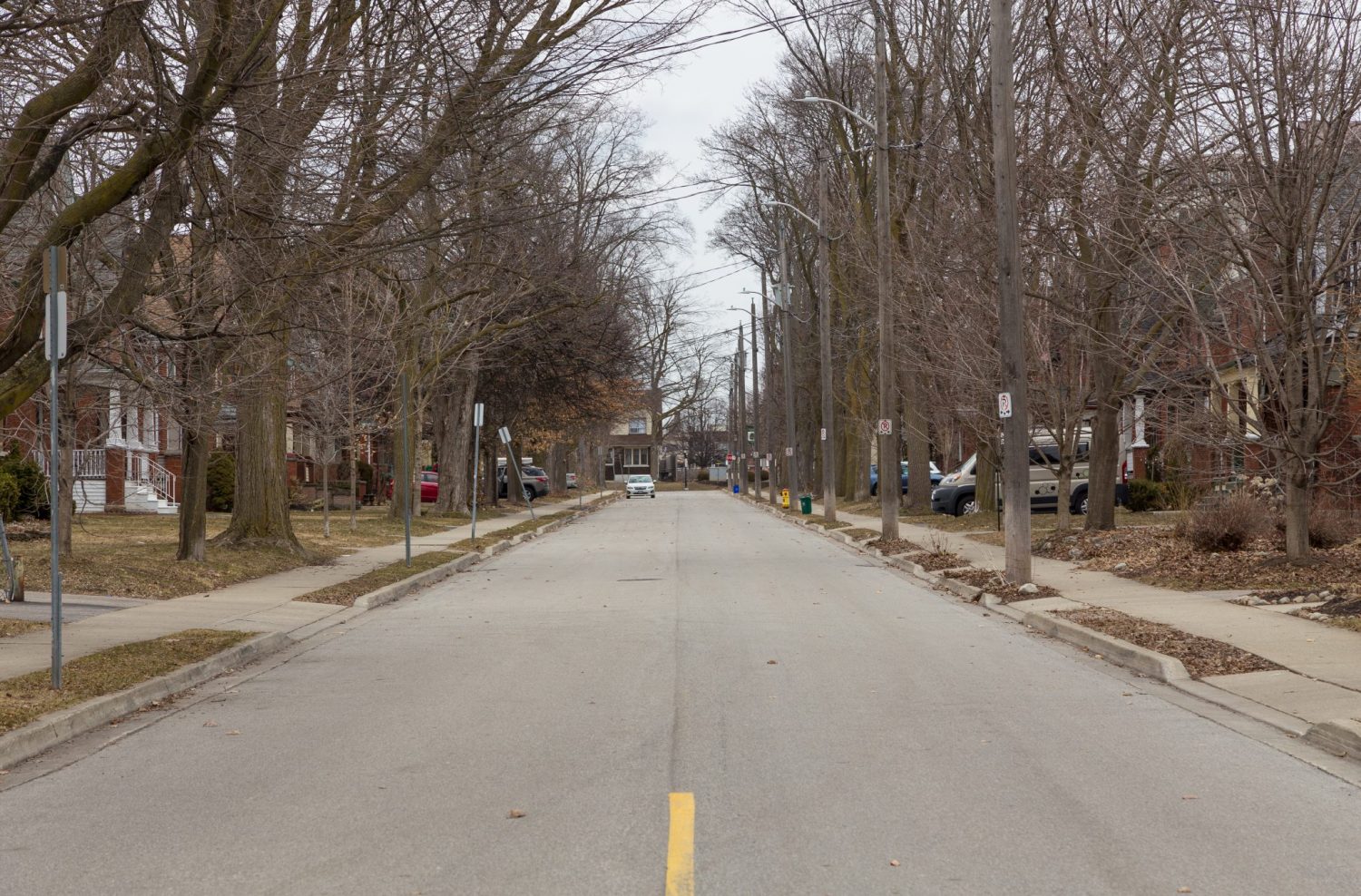 It is clear to both long-time residents and recent arrivals to Kitchener-Waterloo that our Region is growing and changing quickly. This development has sparked many conversations about neighbourhoods, diversity and intensification. Such conversations will be explored in greater depth the first weekend in May, for the twelfth year of Jane’s Walks.

Jane Jacobs is well-known for her impact on neighbourhood development, influencing such prominent urban planners as Robert Moses and William Whyte. Jacobs’ community-based approach to urban planning led her to author The Death and Life of Great American Cities in 1961. Jane’s Walks started in 2007, a year after Jacobs’ death, to celebrate her contributions to city and neighbourhood life. These walks, according to the Jane’s Walk website: “activate the ideas of Jane Jacobs by supporting a community-based approach to city building through citizen-led walking tours that make space for people to observe, reflect, share, question and collectively reimagine the places in which they live, work and play.”

Jane Jacobs encouraged residents to examine and explore the pockets of their neighbourhoods with intense curiosity. Jane’s Walks exemplify the common phrase, “think globally, act locally.” They are local events part of a global movement, with walks occurring in hundreds of cities in over 45 countries this year. Kae Elgie and James Howe, volunteers with Jane’s Walk Waterloo Region, reflected on this phenomenon.

“[Participating in a Jane’s Walk] is a good excuse to have a conversation,” said Elgie. “Not every walk leader is a Jane Jacobs’ disciple. In fact, I think some people may disagree with her quite a lot. But the point that she had, that you learn about things by walking around looking at them and talking about them, I think everyone who does Jane’s Walks thinks that’s a good idea.”

“To go on a Jane’s walk is a great way to get to know your community or your neighbourhood and the people that are in it,” he said.

Elgie observed that as well. “I started looking at the city in a different way and as you go on more walks you start thinking about different angles [of that neighbourhood.]”

Howe further instilled that the walks aren’t just about community engagement, but also acts as an homage to the work that Jacobs did, herself.

“One of the important things about Jane Jacobs,” Howe said, “is that our cities and planning are not something that we should be leaving just to the experts and the politicians. It’s something that is about people and people caring about connections with other people and their neighbourhoods.”

Whether walk leaders are aware of her or not, they are following in Jacobs’ footsteps. They are examining and reflecting on the places they occupy daily and then creating space for conversations about those issues. Leaving it up to people to decide what topics to explore creates a wide array of walk options, as evidenced by this year’s line-up.

Participants can join a walk that visits film locations for the HBO show The Handmaid’s Tale. Or sketch and discuss development projects in the midtown neighbourhood. Or hop on a bike and visit three local breweries while discussing the benefits and challenges of biking in the Region.

Clearly the walks this year are as unique as those organizing them. Elgie reflected on the diversity of these walks and commented that the only real connection between any of them was the fact that it’s posted on the Janes Walk website.

One walk that provides a diverse perspective is scheduled for Friday evening in Cambridge. Shannon Markle of the Idea Exchange is particularly excited about this walk.

“We talked about the idea of having a Jane’s Walk that was focussed on welcoming people to Cambridge, letting them know a little about the town they’ve chosen to make their home but told by other people who have come here, settled here, in the recent past,” Markle said.

Though Jane’s Walks are naturally local, this walk combines global perspectives and experiences with the local neighbourhood. The Newcomer Stroll will allow attendees to meet their neighbours, discover new parts of the community and learn about other newcomers.

Markle is thrilled to see this team of newcomers work together as they organize and prepare for this walk.

“It’s a way for them to become leaders in their community. They were really wanting to talk about the potential of the city and about the way the city is developing. They are really excited to be celebrating the community they’ve chosen to live in.”