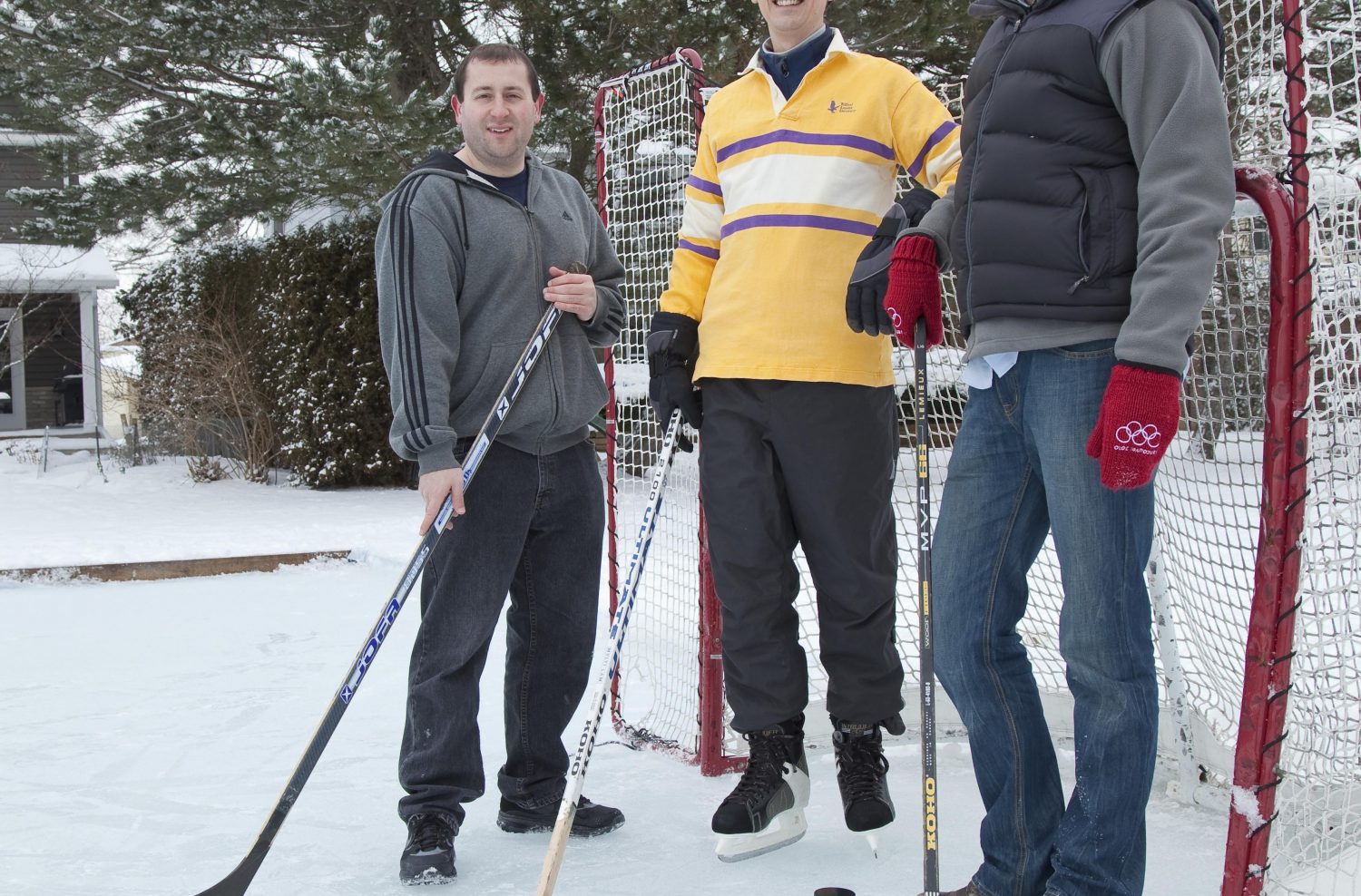 Is the backyard rink becoming an en- dangered species in Canada?

Robert McLeman, associate professor of Geography and Environmental Studies at Wilfrid Laurier, said news reports of warmer winter weather in Canada made him and his fellow researchers, associate professor Colin Robertson and Master of Science student Haydn Lawrence, come up with a plan to engage citizens across Canada to help them collect data on how warmer weather is affecting this long- time Canadian tradition.

“Skating outdoors. That is us in a nut- shell,” McLeman said of the Canadian inclination to flood our backyards in winter.

On Jan. 7, the three men launched an easy-to-use website called RinkWatch. org. They are asking Canadians who work on a rink in their backyard or in their neighbourhood to pinpoint the location of their rink on the map and log on once a week to record which days of the week the rink was skateable.

In less than a week, the website had be- come so popular that it crashed a few of times from the volume of users.
“People are really jumping in on this,” McLeman said. He is hoping their enthu- siasm continues. The website will remain online because it will take years to get reliable data about temperature changes across the country.
McLeman said much of the discussion around global warming revolves around its effect on “polar bears and glaciers,” which many Canadians can’t relate to since most have never been that far north.

“We thought this was a way to connect with families and the general public and get them to engage with environmental studies,” McLeman said.

And while many Canadians may not see the effect of global warming on a glacier, they do see how it affects what is going on in their own backyard.

Not even a week into the project, about 150 rinks from British Columbia to New- foundland had been added to the map on the website. A few people in the northern United States have also added their rinks.

The project has created such an inter- est that McLeman said they now have a team of students, from different areas of study at Wilfrid Laurier, who want to work together to look at what additional information they could gather and share on the website. For instance, they are thinking of adding a spot where outdoor rink builders, fondly known as ‘hosers’, could exchange ideas on rink building and maintenance.

McLeman said similar websites that col-lect crowdsourced information about bird and nature sightings that were started in the 1990s are still going strong.

“We hope people will keep coming back year after year,” he said