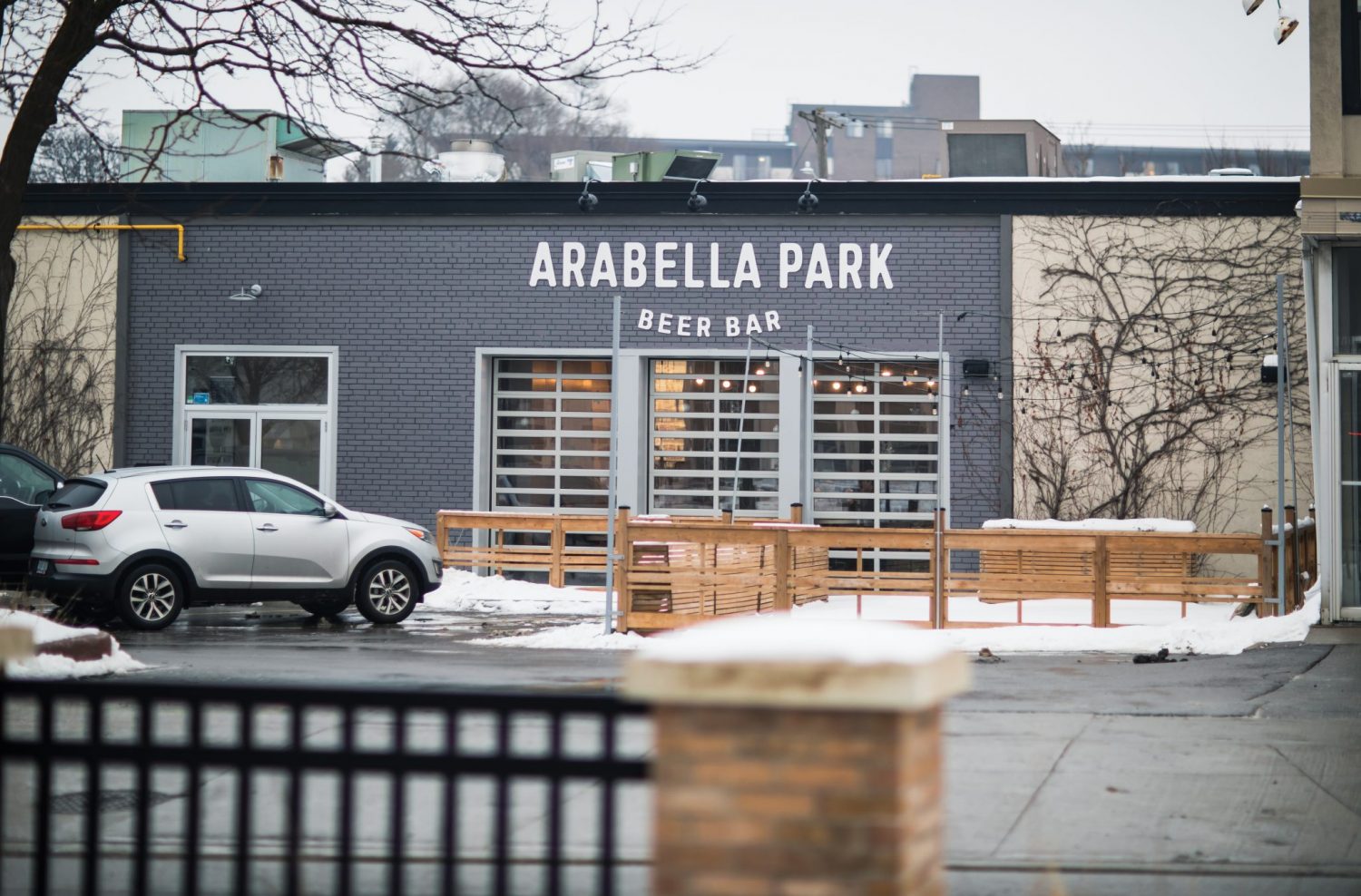 Hey guys, it’s your buddy James here. If you know me, you know that I like to drink beer, though I’m more of a “drink 100oz of Canadian in 100 minutes” kinda boy than “casual 9.5 per cent barrel-aged double-dry-hopped bangers.”

Hops are my nightmare, sours make my eyes roll into my head and stouts pull my stomach out through my toes. But I’m trying; I want to see what it’s like on the other side. I want to put my classically trained palette to good use, appreciate the hard work and love brewers put into their products.

Hence, in the name of forward momentum, in mid-January, I embarked on a crash course by drinking every beer on the wall at Belmont Village’s Arabella Park (all 18 of them) in one go! Bear in mind that these reviews are coming from someone who just admitted to not being that knowledgeable about beer, and shouldn’t be taken personally. These are the results:

Kingpost ESB from The Collingwood Brewery

It isn’t crazy bitter, kind of grassy but leaves the back of my tongue feeling like I just pierced and sanitized it with a tequila shot. That’s harsh … It keeps getting more bitter. My tummy hurts.

Harry Porter and the Cherry Hoarder from Great Lakes Brewery

My buddy Marc (PRINCESS MARC) would say this tastes like the dreamiest Black Forest cake your grandma made on your birthday. I think it’s more like 10 percent cream with some vinegar in it. Not in a bad curdled way — sort of like drunk buttermilk? I wouldn’t order again, but wouldn’t be angry if Marc wanted me to finish his half drank pint.

(This is when the kimchi fries we ordered came and saved my belly from the aches. But also the sides of my tongue are burning like I licked a battery. I’m painfully aware of the appendage in ways I never knew possible.)

It smells like Grandma’s basement bathtub beer, the one she accidentally spilled Mr. Clean into (other people’s grandmas do that, right?). Contrary to that, it tastes like I’m floating on cotton candy clouds. My stout related woes are a thing of the past. This, my friends, is a patio sipper. I give this beer eight bars of soap in children’s mouths out of 10.

This is my nightmare. It smells like Freddy and tastes like Jason. I’m being chased through a forest of hops by a machete wielding murderer. I think I’ve escaped, when all of a sudden, the double hopped monster jumps out from behind a tree (do hops grow on trees?) and smothers me. Two Halloween marathons out of 10.

Pretty similar to the nightmare beer, just a whole lot sweatier — like Freddy just ran a half marathon through the rainforest. This is what those in the know might call “juicy.” It hurts my stomach deep down. That being said, it’s a really well balanced hurt. I need an antacid.

This beer is thick-like-a-milkshake-orange-juice with EXTRA pulp mixed with strawberry milk made with red wine. Five boys brought to my yard out of 10. Am I drunk yet?

Kind of smells like ammonia, which is a fancy way of saying this beer smells like pee. I tried to chug it and get it over with quickly, but it tastes like unripe jackfruit. That could be good, but also very very bad.

**Special Note: I thought I drank number 11, which would be the next beer on the wall, but apparently missed it in my compromised state.

I only had a sip from a helpful friend, but I think I’m becoming a snob. It’s pretty yummy but why not just have a Bud Light and save yourself the $8?

**Special Note: Thought I drank the next one, which would be number 13, but I guess I didn’t. OOPS.

Forgot the Name of This One

Full disclosure: I had had a couple of wobbly pops by this point. I did in fact drink this beer but didn’t write down the name. In its place here are my unaltered tasting notes: pine raddler, so yummy, so mouthfeel, looks like a nightmare that I’d tell people looks delicious. Don’t judge a beer book by its hazcover.

Smells like soft and delicious cinnamon donuts — donut hate it. I give this beer seven St. Jacobs Farmers’ Market trips out of 10.

That leaves us at the last beer, number 18, which I don’t remember if I even ordered or not. I didn’t make it to the end, didn’t run the proverbial park, but I did drink a lot of beer. So there’s that.

**Special Note: James was drinking sample sizes of beer, not full pints. His level of intoxication was exaggerated for the sake of comedy. Please drink responsibly.