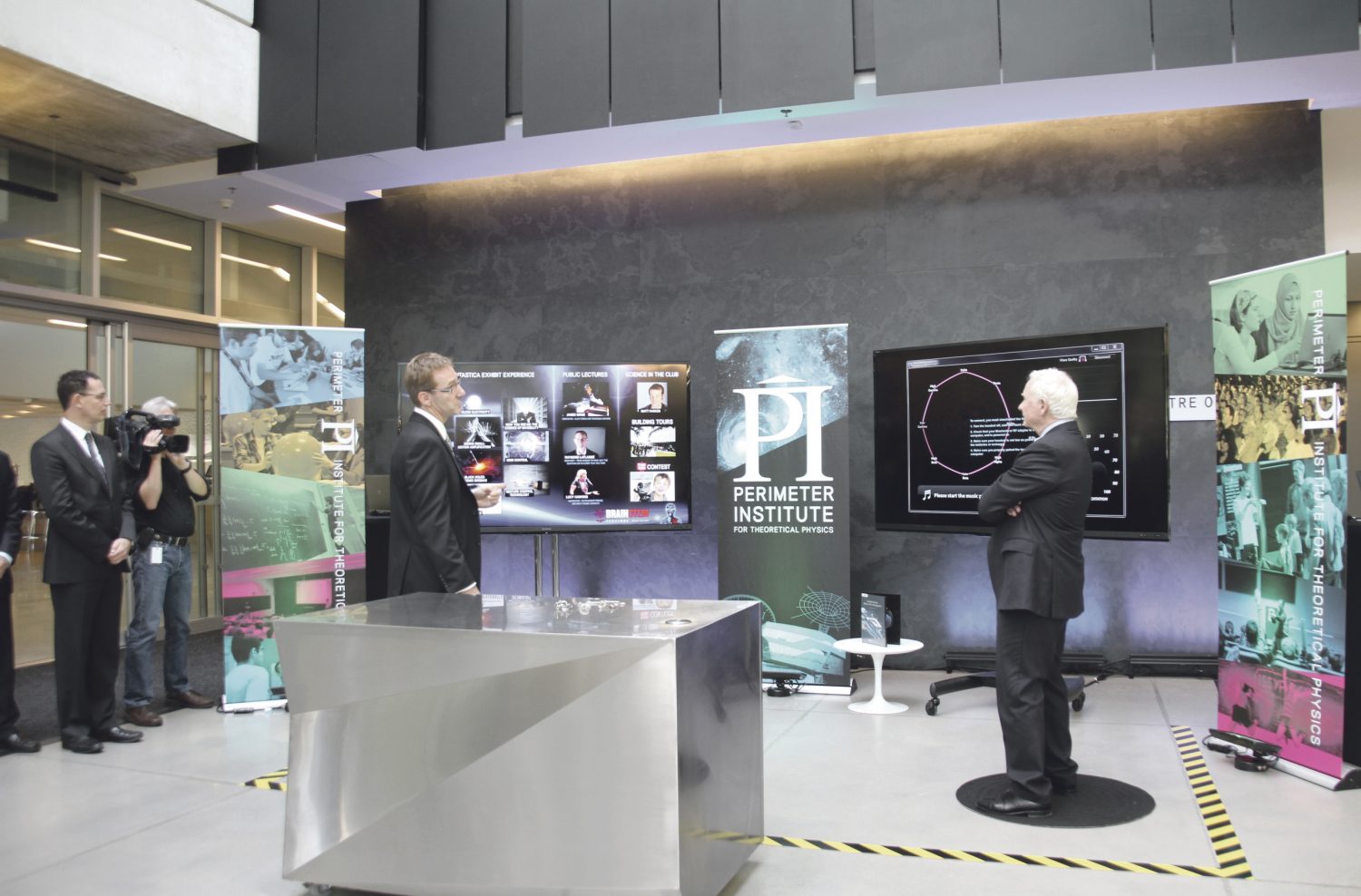 It’s not every day that you get to see the inner workings of the brain of the Queen of England’s representative of Canada.

However, that’s exactly what happened on September 23 when Governor General David Johnston visited the Perimeter Institute (PI). Johnston took the opportunity to preview mind-control technology that will be featured, along with a series of other exhibits, in PI’s upcoming BrainSTEM (Science, Technology, Engineering, Math) Festival.

Johnston wore a helmet that reads the brain’s electrical impulses, measuring things like focus and meditative thinking, which were projected onto a TV screen.

“The Governor General is just such a good sport, to put on the mind control helmet and to focus and actually jump in and play, and make the dials move using only his brainwaves. How awesome is that?” said Greg Dick, PI’s director for educational outreach.

Johnston contacted PI after he read an article about the upcoming events, hoping to play a part in promoting BrainSTEM.

The Festival, which is directed toward youth, aims to showcase the innovations that are made possible by scientific discovery.

“The opportunities are really limitless and that’s what we want kids to see,” said Dick
He gave the example of a baseball cap that could alert long haul drivers when they were becoming fatigued.

It could also be used to evaluate the relationship between focus and progress in student learning, using the technology “to really develop those correlations so that we know how to most appropriately engage the different learners’ minds.”

The educational outreach, he said, has been “transformative in Canada.”
The Governor General was also taken through the building and to visit a class in the Perimeter Scholars Program, comprised of students from around the world.

“It’s pretty easy?” he said jokingly to one.

—
Tickets are free for the “Your Future is Now” BrainSTEM Festival, which is happening from Sept. 30 to Oct. 6. Self-guided building tours will be available.