Waterloo Region’s largest provider of emergency food assistance is about to get bigger and, hopefully, more welcoming.

“Walking through the front door of the emergency food hamper program is never an easy experience. There are lots of feelings of shame and guilt and all of the trauma that has brought someone here. So we want to update the look and feel of the program so it’s less of a dingy warehouse and a warmer, more inviting place,” says Matt Cooper, explaining his organization’s decision to renovate the space that houses House of Friendship’s Emergency Food Hamper Program.

“With the state of food security in the region and province and country, there’s a continued need for food banks, so we’ve made the decision to expand and reconfigure, so people can feel a bit safer and more dignified,” he continues. 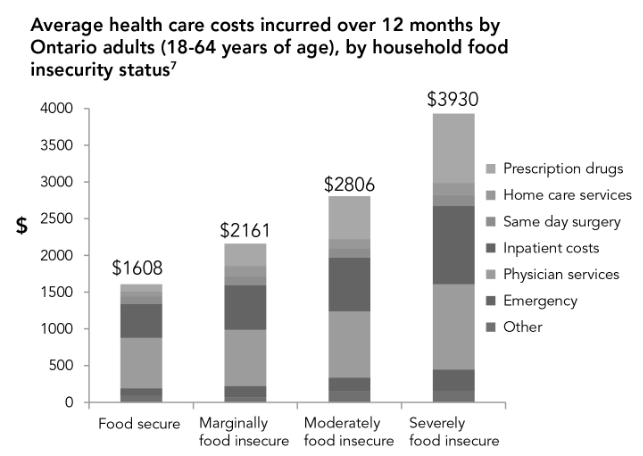 Cooper runs the program for the local social service charity, and was my boss for two years. We start chatting while stacking boxes of halal meat in a temporary freezer-trailer, and then together fold up a large tent, under which program patrons can find shade as they wait for their number to be called.

To maintain continuity of service, the program is currently operating out of a parking lot next door – thanks to the Knights of Columbus, says Cooper – until construction finishes. Each day requires set-up and tear-down, like a concert tour that never moves.

The Emergency Food Hamper Program started in 1985, as a temporary response to the recession. In that first year of service, staff shared 4,173 food hampers. Now firmly entrenched in the constellation of social services, in 2009, during the height of another recession, the program distributed over 33,000 hampers. When I worked there, patrons routinely told me that they had been referred to our program by their welfare or disability case workers at the Region, because their monthly assistance could not cover rent plus food.

Many have pointed out that food insecurity is a symptom of a deeper problem – income insecurity and unaffordable housing, among other things – and that food banks are ill equipped to address those root causes. Cooper agrees, and doesn’t.

“We help people with food everyday, but food isn’t necessarily exactly or only what they need. The bigger problem is not having enough money,” he says. “But taking food banks away will cause dramatic and immediate harm.”

In the same breath Cooper emphasizes that “income security programs [like welfare or disability] fundamentally fall short of meeting basic needs. The talk about a guaranteed annual income is positive, but realistically we cannot wait for the policy problem to get solved, we need to invest in infrastructure now.”

Cooper is not making this up, or exaggerating. Local public health researchers found that the average monthly rent for a bachelor apartment in the region is $693, and that it costs $284 a month for a single person to eat healthily. A single person receiving welfare has a total monthly income of $740.

Wrapping up our conversation, Cooper emphasizes that food banks are part of a much larger movement, and that people can get involved in a variety of ways.

“Donate a can of food, or volunteer and hand out that can, or jump into the policy debate and advocate for change. Politicians have a hard job balancing competing interests, but if we get in their ear and make hunger visible, that’s important,” he says.

“Food security is part of a broader web of interrelated concerns and questions, of sustainability and social justice. If we all have enough money to buy food, but it’s imported from countries with no laws protecting agricultural workers, or we only import pristine and symmetrical food…well there are a whole host of problems to solve from farm to table, and hunger in Kitchener-Waterloo is one manifestation.” House of Friendship is still fundraising to complete their food hamper renovation project.