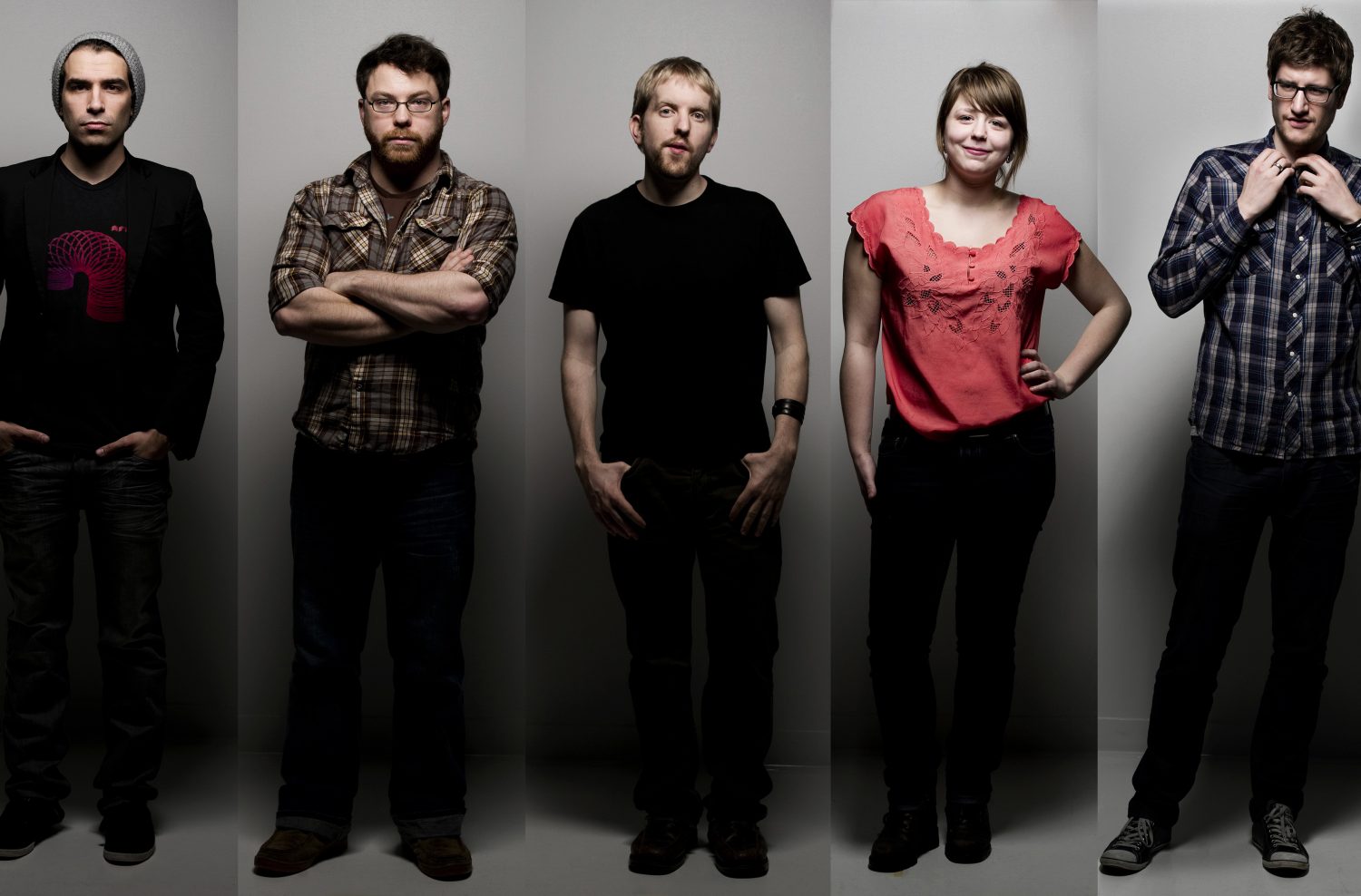 Fevers are on fire

Two and a half years ago, Jim Hopkins approached musician Colin MacDou- gall about wanting to collaborate on a more electronic type of music.

Now, with less than a month until the de- but of their band Fevers’ full-length album, No Room for Light, the buzz is bigger than they expected.

“We’re really looking forward to giving people outside our bubble the chance to hear our songs, basically,” Hopkins, the bassist of Fevers, said.

Originally from Ottawa, Fevers was start- ed after Hopkins and MacDougall recorded various demos with an electronic feel. With MacDougall’s experience coming from more indie-rock bands, there was a tie to his past as well as the new “edgier” movement of the electronic genre.

“We could get together and just record and record and record and make demos. And then we decided to seek other people to collabo- rate and maybe form a band,” Hopkins said. MacDougall eventually left his previous band and brought over his drummer, Mike Stauffer, who is originally from Cambridge. Martin Charbonneau, who plays keys and guitar, also joined in the following months.

The final piece of Fevers was Sarah Brad- ley, who helps the vocals of the up-and-com- ing band.

“As soon as we heard her voice we said, ‘wow, we have to get her on board,’” Hopkins said. “Eventually she came down, maybe the day after we called her and the five of us kind of felt good as a band.”

From there, the EP was released with no hope of people listening. But the feedback was more than what they hoped for around the Ottawa area, and they ended up playing at multiple festivals, including Blues Fest, Juno Fest and Pride Fest.

According to Hopkins, after the success of the EP, Fevers felt as though it was time to re- lease their debut full-length album. Hopkins and MacDougall went out to a cottage in Quebec with “no preconceived ideas” and began to write and record in hopes of putting together a new album.

“[We thought] if it sounds electronic, it does, if it doesn’t, it doesn’t.”

The new album was recorded and pro- duced in both Toronto and Ottawa. Hop- kins and Fevers have already been working on moving the new songs out into the music world ahead of the album’s release on Aug. 24.

“We played a few shows recently, just in- troducing the new songs to people,” he said. “This is kind of our biggest ‘outside of Ot- tawa’ big expedition tour. We’re really excited about it.”

The Ontario tour ranges from shows in North Bay, Ottawa, Hamilton and Maxwell’s in Waterloo. Hopkins believes this is the first chance Fevers has to break out to a new set of listeners. Their tour will focus on shows that get their music out there and there won’t be much variation from venue to venue.

“It is our first tour and we don’t want to mess around with the formula too much,” he said. “But in places like North Bay, where I think we have to play for like three hours or something crazy, we might end up doing all three or four different shows. So that would be interesting.”

But for now, it’s a matter of having their music reach into different geographical areas than just the Ottawa region.
“We’re excited to bring our songs to other crowds and the other bands we will be play- ing with. And hopefully they’ll bring their fans out and they’ll enjoy our music, too.”

The band will start their Ontario tour with a two-day, 24-hour performance in Ottawa at the launch party. Fevers will play a minimal electronic set, a DJ set, a fully acoustic set and then a live, full show.