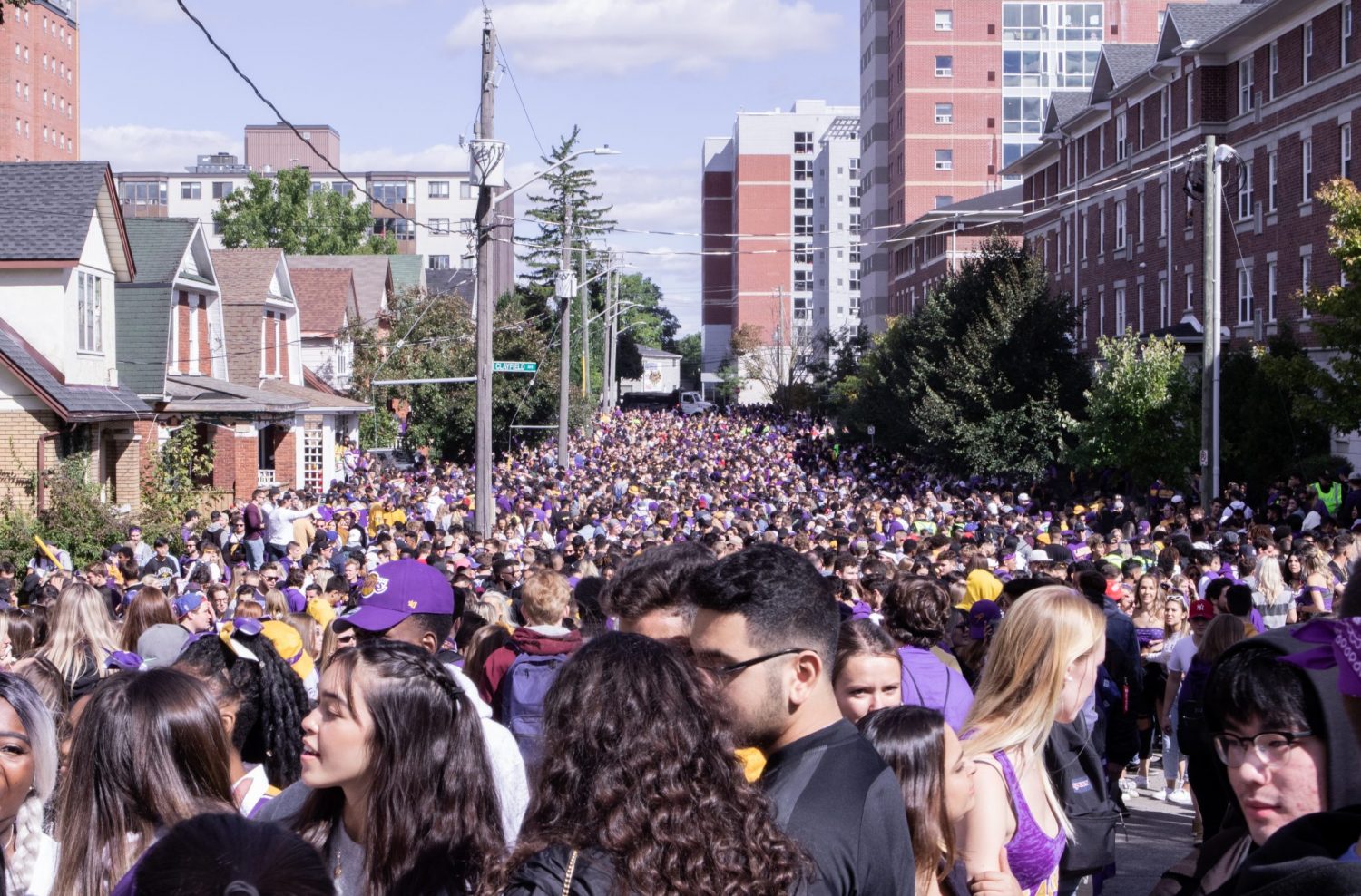 Editor’s Note: Because You Can Doesn’t Mean You Should

A few months ago, I was grocery shopping at the Zehrs on University Ave. When I was walking out of the store pushing a cart full of food, two men, about 18 or 19, were walking towards me to go into the store. As we passed each other, the one stepped in front of me, his face inches away from mine. “HEY!” he yelled, right in my face, so close I could feel his hot breath on my cheek.

I nearly jumped out my skin, but managed to ask, “Why would you do that?”

His back was to me, as he was walking into the store, but just before the automatic doors closed behind him, he turned around and faced me. I was still frozen in place, staring at him in awe.

“Because I can,” he shouted.

I walked back to my car and sat in the driver’s seat, alone. Physically, yes, I was fine. I know this man didn’t have intentions to actually harm me. His intent was to scare me, to make me feel uneasy while doing a very normal task that I should feel safe doing.

Last weekend was Laurier’s Homecoming weekend — a weekend that celebrates school spirit. In my four years as a Golden Hawk, I also participated in this event. I wore purple. I went to the football game. I drank too much. I had fun.

But year after year, the day that follows Homecoming is always the same. The news articles about several arrests roll through, the remnants of the day prior litter the streets.

This year, the main news story involved a group of men who hung a sign from their home. The sign read, “She called you daddy 4 [sic] 18 years. Now it’s our turn.”

The sign was reported by 12-year-old Isabella Spencer, who drove past the house with her dad on the day of Homecoming. Police came by and asked them to take it down. CTV interviewed both Spencer, who was appalled, and the men who hung the sign.

One of the men, who identified himself to CTV as Jeff, told CTV that: he is “baffled” by how much “attention is being paid to a bed sheet with some words on it” instead of issues such as “stricter laws for convicted rapists or the fact that women who falsely accuse men of rape get away with it.”

The sign was meant to be a joke. It wasn’t meant to be a threat. Much like the man who yelled in my face in the Zehrs parking lot.

My response to Jeff’s statement isn’t a complex one. Your bed sheet sign enforced the commodification of women’s bodies. It reinforced the idea that women belong to their fathers, only to be passed on to another man when they’re old enough. Your bed sheet sign was reported by a 12-year-old, who was driving with her father, who will be the talk of her school for being on the news. Now we have Spencer’s classmates talking about the sign, making their own interpretations of it.

Your joke reinforced rape culture, even if that wasn’t your intent. If you cared about enforcing stricter laws against rape, you wouldn’t have made the sign. You also wouldn’t label women who have experienced sexual abuse as liars who falsely accuse rapists. It’s statements like that that create barriers for those who have experienced sexual abuse to come forward and report their assault. And you did all this on a weekend where rates of sexual assault skyrocket.

And you did all this because you knew there would be no consequences, and if there are, they won’t be severe.

You did all this because you could.