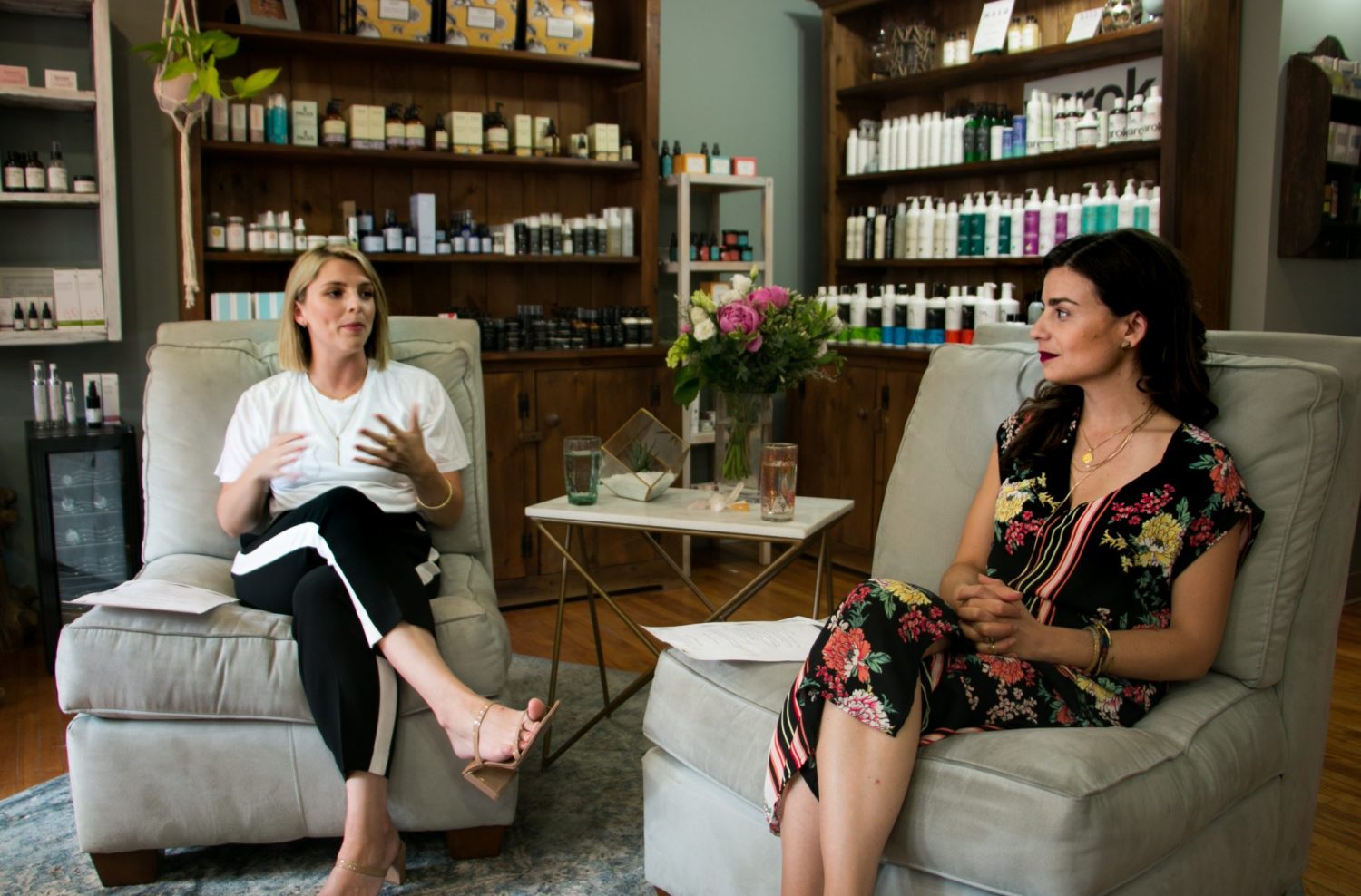 A “boss babe,” in this day and age, is never done building their brand, no matter what obstacles they may face, according to beauty-and-lifestyle blogger and social influencer, Estée Lalonde, and The Truth Beauty Company’s (TBC) founder, Jennifer (Jen) Freitas.

Both Lalonde and Freitas took part in TBC’s first “Be a Boss Babe” session on June 20, a series that aims to connect women entrepreneurs in Waterloo Region and learn from each other in what it takes to build your company and brand.

The sessions was intimate, with approximately 40 people in attendance.

“[The sessions] really speak to the strength of women, what kind of “boss babes” are out there, what they’re doing right now,” Neha Choudhary, TBC’s Director of Sales & Development said. “Estée [Lalonde] has been a long-time customer of ours and is close to Jen [Freitas]. It kind of just made sense to want these sessions with her, and to bring and connect other “boss babes” that we’ve either worked with or associated with into our space and really talking about the journey that they’ve been on and really providing tools and inspirations for those in our community.”

Freitas, who has been conscious of the chemicals and additives in her personal care and food products for the past 10+ years, used her research and knowledge in founding TBC in 2013 in Waterloo, while juggling her life as a mother with two children.

Lalonde, who was born and raised in Waterloo, Ontario, moved to London, England, where her career in blogging and YouTube took off.

“I never really expected it to become a business,” Lalonde said, during her talk with Freitas. “It started taking up much of my time. I was working, at some point, two or three part-time jobs, and I was also a student. Eventually I was like ‘something has to go’.”

That’s when Lalonde decided to slowly begin focusing on her YouTube career by quitting her other jobs and school.

“I started realizing ways you can make money at the job,” Lalonde said. “I just became a little more savvy with it. You just have so many experiences, some negative and some positive, and you just learn from them and build on it.”

Both Lalonde and Freitas emphasized how creating your own business in this day and age is different from the past.

“Now I feel my job is so multi-faceted,” Lalonde said. “I have so many jobs within one job.”

Thanks to her blogging and YouTube career, Lalonde has been able to venture into other professional opportunities, such as creating her own podcast The Heart of It (which, according to Lalonde, is in the process of rebranding), writing her own lifestyle book Bloom, and partnering up with other companies for brand deals, with her most notable partnership being with beauty brand, Lancôme Paris.

“When you’re running your own company you can’t be like ‘okay cool let’s just settle there.’ I don’t feel like it’s in somebody’s nature who is an entrepreneur and wants to be successful. I feel like you’re never done. I feel like I can be doing more, that’s just in my spirit.”

Freitas also emphasized the constant hustle that is required to continue building your brand.

“I feel like I’m rushing all the time,” Freitas said. “I have two kids to factor in. I like things done a certain way. But at the end of the day, I like the rush and being able to work on the things I love.”