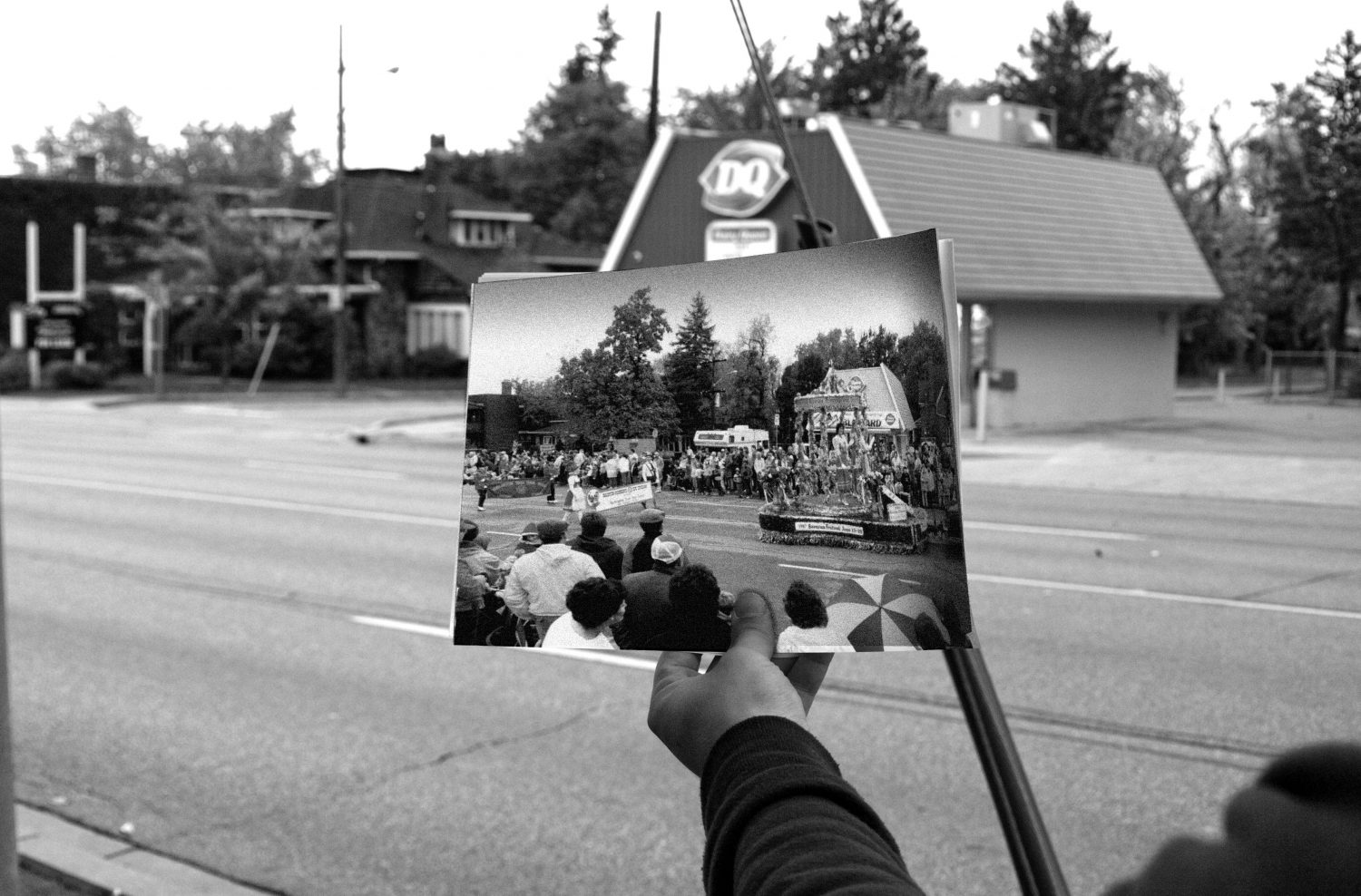 Dear Photograph (dearphotograph.com) is one of those Tumblrs that took the Internet by storm. The concept is simple enough — find an old photograph of importance and hold it up to where it was taken. But the captions underneath them serve as letters to a time gone by, adding an emotional resonance that is missing from say, LOLcats.

Taylor Jones is the local creator behind the website and book, which was released on May 8 of this year. We spoke to Jones at Word on the Street Kitchener while he was waiting to meet one of his many fans: Jian Ghomeshi.

HG Watson: Where did the idea come from?

After that I started a Tumblr blog. I went to go upload the photos and it asked for a caption… I thought how do people talk to photos? I said, “well, people write letters.” That’s where Dear Photograph came from.

I had a decent following for my personal brand I guess you could say. People actually reacted to it — before I put out a ton of websites that were just flops. But people just kept sharing it and sharing it.

Two weeks later I got picked up by Mashable — I was working at RIM at the time and it was right after lunch and I got an e-mail that asked to do a story on my website.

HGW: You had to quit your job at RIM, right?

TJ: I would go home and do radio interviews at lunch. I started at RIM in April 2011 and I had to quit Sept. 1. I was only there for the summer! It was way too much work with all the press and logistics for the book, and I couldn’t do it all.

HGW: What’s next for you?

TJ: I’m starting to [look] at more opportunities. I’m working on something I’ll have out in the next little while that I’m excited to share with everybody. It won’t be the same as Dear Photograph but it will be cool.

HGW: Before Dear Photograph were you a photographer?

TJ: I’ve always been in love with photography. I wouldn’t call myself a photographer; it’s just more of a hobby. One of my websites before was Appleography — I curated photos from people’s iPhones that were really nice photos. Its weird now that I’ve created something that has all my interests combined. I like photography, blogging and creativity so it’s been cool to do something that I actually love.

When I first started it was weird to see people from Kitchener then from Hamilton, London and it just started exploding. I remember getting my first international submission — it was just really cool.

HGW: Are there any photos that have stayed with you?

TJ: One was posted last week of a mother who lost her child and two days before she took a photo of him kissing a tree and she did a Dear Photograph. It was super sad.

HGW: Are there any local ones?

TJ: The owner of Disneybound, she sent in a photo of her at Disney Land when she was really young in front of the castle.

HGW: What makes Waterloo Region a good place to be in a creative industry?

TJ: When I was younger I wanted to move out of the city. Now I’ve been so involved with everything that’s going on. It’s a great community and it’s cool because its not too big but its not too small and you get to know everybody… everybody just helps each other out. That’s one of the reasons Dear Photograph has done what its done; because I’ve had that community behind me.