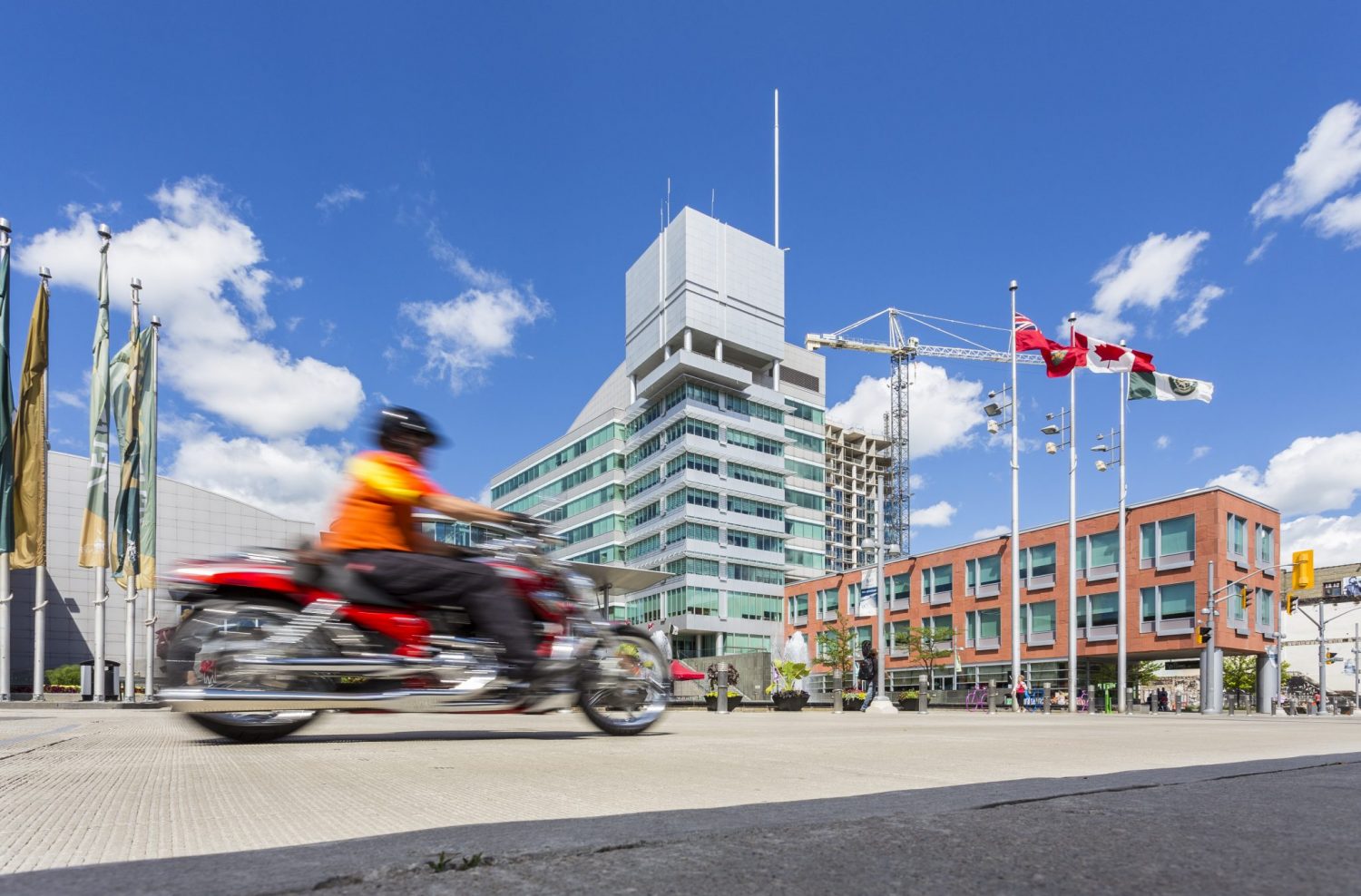 Cruising’ Without A Bruisin’ On Your Hog

On June the 25, a motorcycle collided with a Nissan Sentra on Weber Street and University Avenue in Waterloo in the early morning.

“The vehicle was traveling … when a car pulled out of a private driveway, like a parking lot, and the motorcycle was unable to stop in time as the vehicle pulled in front of it and the collision occurred. The [motorcycle] driver was transported to hospital but later died of his injuries,” Jeffrey Cooper, of Waterloo Regional Police Services, said.

On July 8, at King and University in Waterloo near Wilfrid Laurier University, a second accident was reported to police involving both a motorcycle and another vehicle.

“There was a collision between a motorcycle and a vehicle. A passenger on the motorcycle was thrown off the bike and was transported to a Hamilton hospital with serious injuries,” Cooper said.

The driver of the motorcycle fled on foot and now the accident is being considered a hit and run.

“I don’t believe he has been apprehended at this point, but I believe investigators are looking into some leads,” Cooper said.

Motorcycles are increasingly prevalent on the roads and highways during the summer months within Kitchener-Waterloo. Don Redekop, executive director of Learning Curves, a motorcycle school in Waterloo, explained the importance for motorcycle safety for both riders and other vehicles on the road.

Having the proper equipment is one of the most important factors when riding and operating a motorcycle. Because motorcycles do not have the protective barrier of metal doors, they are significantly more at risk for injuries if involved in an accident.

“You want the motorcyclist to have the proper equipment [like a] proper helmet. A lot of the time, officers are doing traffic stops and are seeing improper helmets … people are buying [helmets] with the stamp right on them that say, ‘novelty helmets’,” Cooper said.

Cooper explained that these novelty helmets, while they could look cool, offer no protection.

“Buy yourself a good quality helmet, high visibility clothing, be aware of your positioning within the lanes, and focus your attention on everything around you,” he said.

Redekop also explained that what you wear can also affect your safety. He suggested wearing leather or carbon fiber opposed to denim, gloves and boots.

Motor vehicles, such as cars and transport trucks, should also take caution and understand basic motorcycle safety rules. Cooper explained that motorcycles drive to either the left or right of the lane for their own safety, so it is important for other drivers to increasingly check their side mirrors.

“Especially late at night with one headlight, motorcyclists are trained to not drive in the centre of the lane, but in the left tire track or the right tire track because there is a lot of debris in the middle [of the road] which can cause motorcyclists to lose control,” Cooper said.

Redekop explained that ways in which motorcyclists can prevent accidents and assist with their own skills is to receive proper training from a motorcycle training facility. Training is for riders not only understand how to operate the vehicle but to understand what the motorcycle is capable of.

“Wherever you receive your training, we’re all preaching from the same rule book: be legal, cover yourself up, obtain skills, and keep an eye open. Be aware and alert — those are the four big rules.”