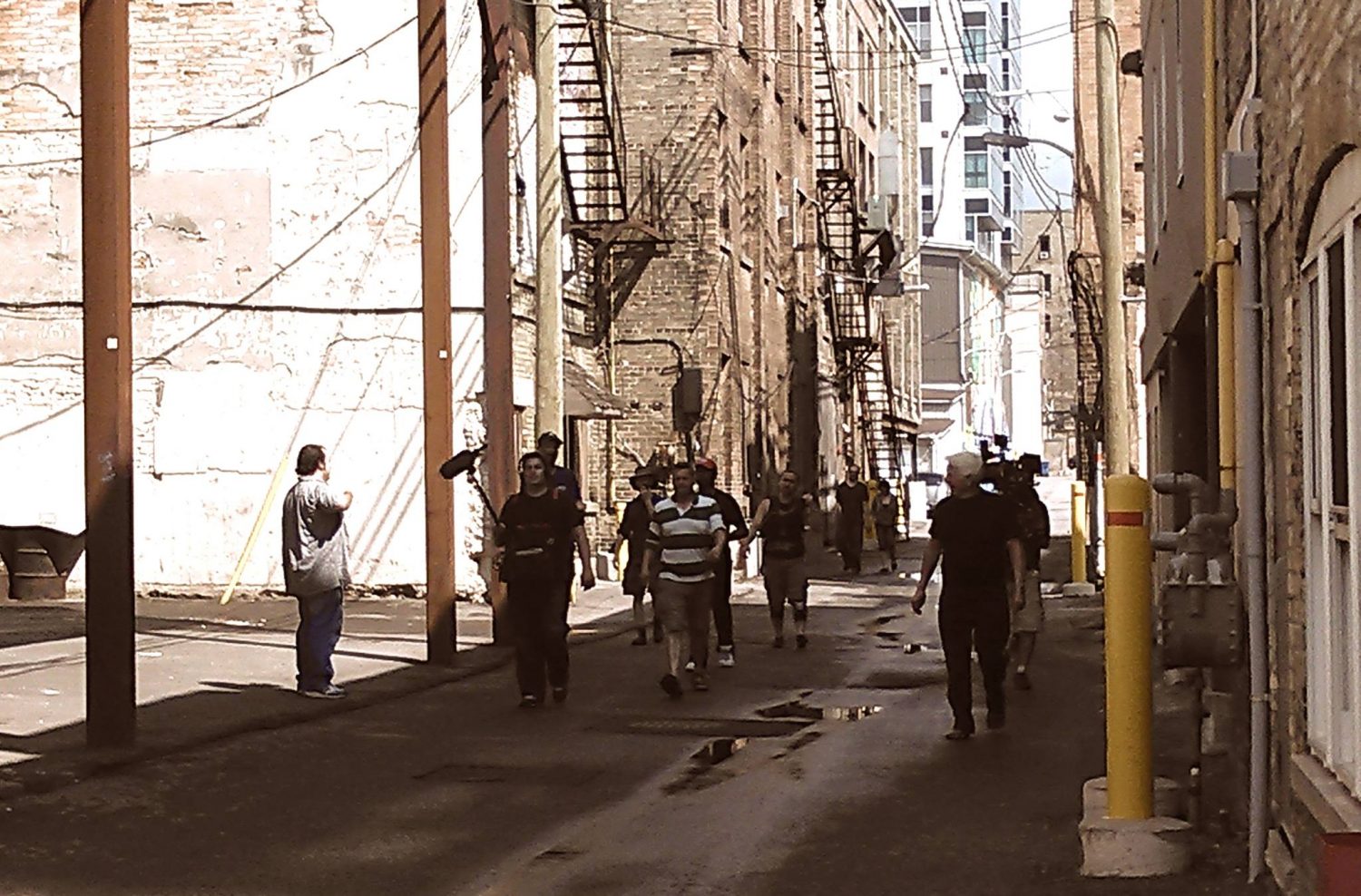 Creating an industry of their own

‘Work begets work’ and creativity fall side by side – that’s the mantra of Duncan Finnigan, leader of the filmmaking collective 12 Angry Filmmakers.

The group (which actually contains over 3 times that many video creatives) has set out to create 12 original short films in only 12 months.

“12 Angry Filmmakers is about collaborators working in a like-minded environment; respect from those who respect the medium. Our mission is to make films we want to make, and do a lot of [them],” explained Finnigan.

They’re already off to a great start with films covering everything from the life of a deodorant sniff tester, to an introspective look at the experiences of a genderqueer transwoman.

The group’s self-imposed timeline that the namesake is based on may seem daunting at first, but it’s a challenge Finnigan brushes off casually.

“[It keeps] up momentum, which has led to many other offshoots with filmmakers which helps immensely. I can’t speak about hindrance as I have not found enough time for hindrance.”

A filmmaking challenge of this scale would be tough anywhere, and despite nearby Toronto being a hub for filmmaking worldwide, Finnigan has embraced the opportunities Kitchener-Waterloo provides.

“We’re in the perfect storm when it comes to location, K-W knows business and how to support the entrepreneurs, and we’re the creative talent that can help with the math,” he said. “Plus I live here, which reduces my carbon footprint. In reality, film art can be made anywhere, [it] just so happens there’s a lot of talented people who live in K-W who also work in the big city.”

So far, the city has reacted with nothing but positivity.

“People want to get involved and want to know what’s happening. We’ve connected with other artists and are working on cross narrative story lines. [This] has placed my filmmaking in the hybrid realm, working in non-fiction and fiction, and crossing genres,” said Finnigan.

Filmmaking in a city that’s not as experienced with cameras and guerilla film crews has led to a few interesting confrontations locally though.

“During filming yesterday I was beating up two people in an alleyway, [when] unfortunately a bystander thought it was real. We had to stop and calm the situation, but we found out that people care about their neighbour, which is a great sign”

Community involvement is key to the group and they’ll be involving the city directly with their project during this year’s Night/Shift event. Killing Art links Night/Shift attendees and exhibitors into a new project in an engaging way.

“We’re shooting five short films around the core, crossing narratives of real artists with our story world’s,” said Finnigan. “…the public can participate, and also be a part of six, stunt, editing and filming workshops in and around the Walper Hotel.”

The completion of the 12 films does not mean the end of the project though; Finnigan explains that the group has big plans for 2015.

“We need $1.1m to make 10 low budget movies that can all be done in 2015. [We have] 10 talented teams with production plans and stories, all ready to work hard and get KW on the film map,” says White. “We’re creating our own industry, the question is, who wants to play?”