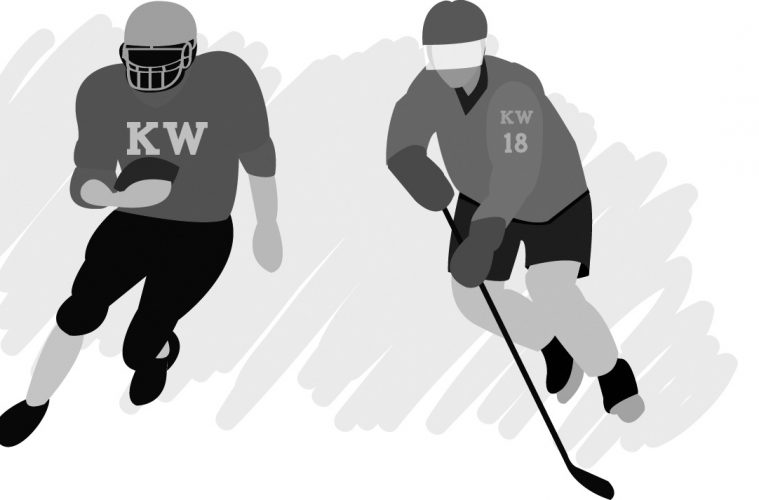 COMMUNITY CONVERSATION:Is having an NHL or CFL team to call our own just a pipe dream? Mark Shiffer hopes it will soon be a reality

A few weeks ago I went to a football game in Guelph and watched the Hamilton Tiger Cats play the Winnipeg Blue Bombers. Hamilton is in the process of building a brand new stadium, so for the 2013 season all Tiger Cats home games are being played at Alumni Stadium at the University of Guelph. So far, attendance has been good, with fan support coming from the surrounding communities. I enjoyed the smaller crowd and being closer to the action on the field. It got me thinking about the possibility of Waterloo Region getting a professional franchise to call home one day. Is it a realistic expectation?

A few years ago, the Conference Board of Canada gazed at the future prospects of pro sports in Canada. In particular, they set out to predict what sports in this country might look like in 2035 in a number of markets. Their findings were based on four criteria: population size, income levels, having a strong corporate presence, and if there was a level playing field regarding taxes and the Canadian dollar exchange rate.

There are really only two major professional sports leagues that may be considered for Waterloo Region: the National Hockey League and the Canadian Football League. The report looked at both options.

As far as hockey is concerned, the Conference Board of Canada doesn’t think we’ll make the cut getting a team. Income levels and corporate presence were rated as good for the Region of Waterloo, but their research suggests that an NHL market needs a population of close to 800,000 people. By 2035, Kitchener, Waterloo, Cambridge, and surrounding areas will be getting close to that threshold with a population of just over 700,000. However, they believe that cities with larger populations, such as Quebec City and Hamilton, are likely to be the only other Canadian cities to have a chance at an NHL franchise over the next few decades.

On the other hand, the Conference Board of Canada believes that Waterloo Region already has the required conditions to be a success in the Canadian Football League. The current population of over 500,000 is considered enough for a CFL franchise. Home to two university teams, there is some football tradition here. Kitchener, Waterloo, and Cambridge rank well in disposable income levels and rate higher than some existing CFL cities such as Hamilton and Montreal.

The downside is that there are no existing facilities for a permanent franchise to play in. A 25,000 seat stadium would have to be built to meet the CFL requirement. Another disadvantage for Waterloo Region is location; it is relatively close to football teams in both Hamilton and Toronto. The Buffalo Bills in the National Football League are also nearby. The proximity of these cities could result in potential market saturation for southern Ontario. In the final analysis, getting a CFL franchise is plausible but still considered unlikely.

It’s doubtful this area will have a professional franchise for a long time. Still, it’s enjoyable to hope and dream about having one to call our own someday. After all, dreams and hopes are what sports are all about.