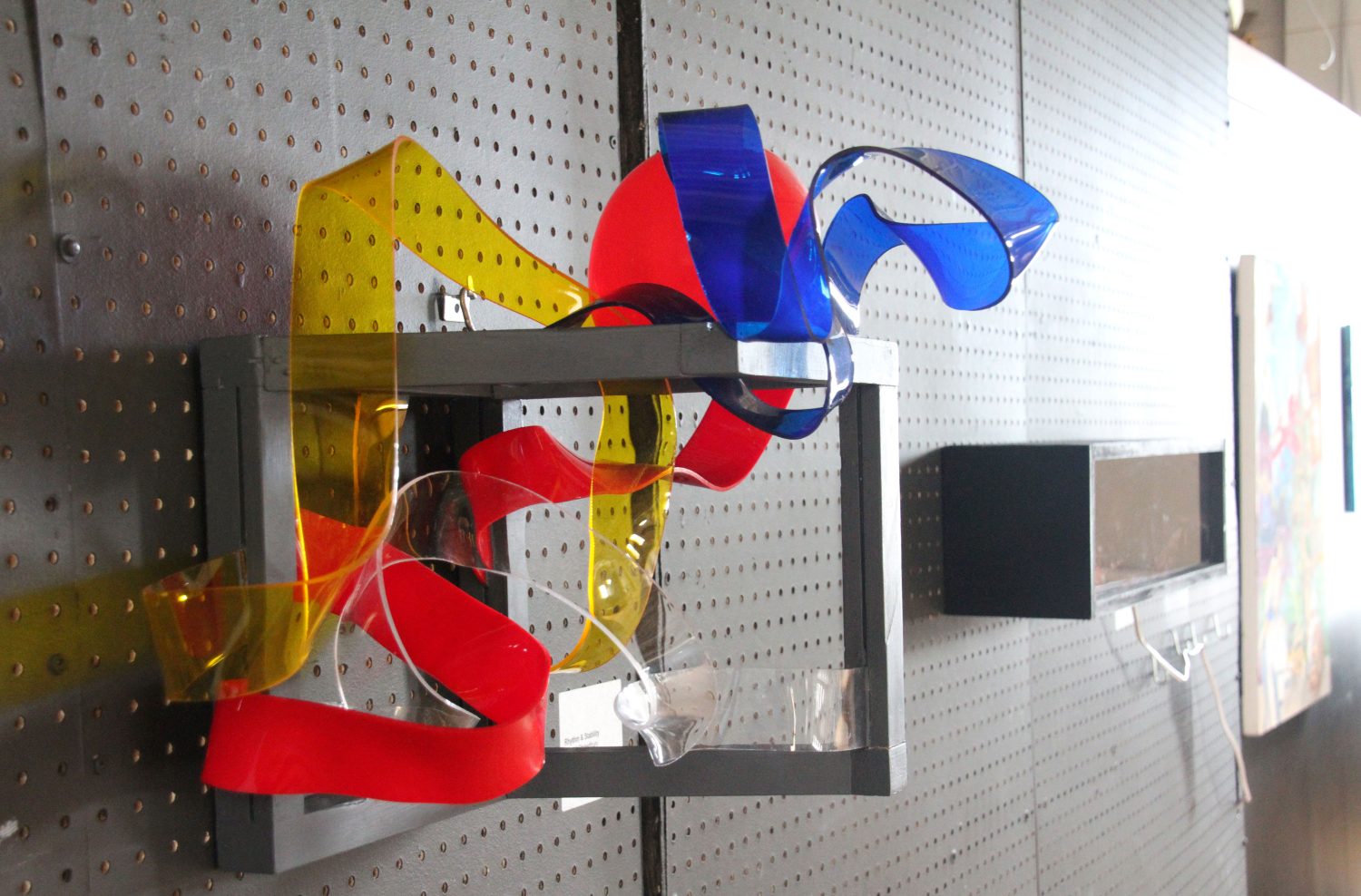 Bright Lights, Big City is the collective effort of Loovre, a student co-op dedicated to fine art. The multimedia show doesn’t flinch from showing any aspect of urbanity.

Rythym and Stability by Nashid Chowdhury comes as close to experiencing the ebb and flow of city life as one can get through sculpture. A steel frame wrapped with ribbons of red, yellow and white seems to represent cars and people as they move through the concrete jungle.

A series of photos by Roman Dmitri takes the mundane and turns them into works of art. Chemical Valley 1 could be any multitude of nameless factories (the name evokes the nickname for Sarnia, known for its chemical production facilities). In his photo, the play of light and dark creates something intriguing and beautiful.

If the Impressionists had also been urban planners, their work might have looked a little like Gasbarri’s paintings.

The canvases are small and the colour palette is quite cool, giving the feeling of fall. Yet the work still draws you in closer; you want to see all the details Gasbarri has included in his work.