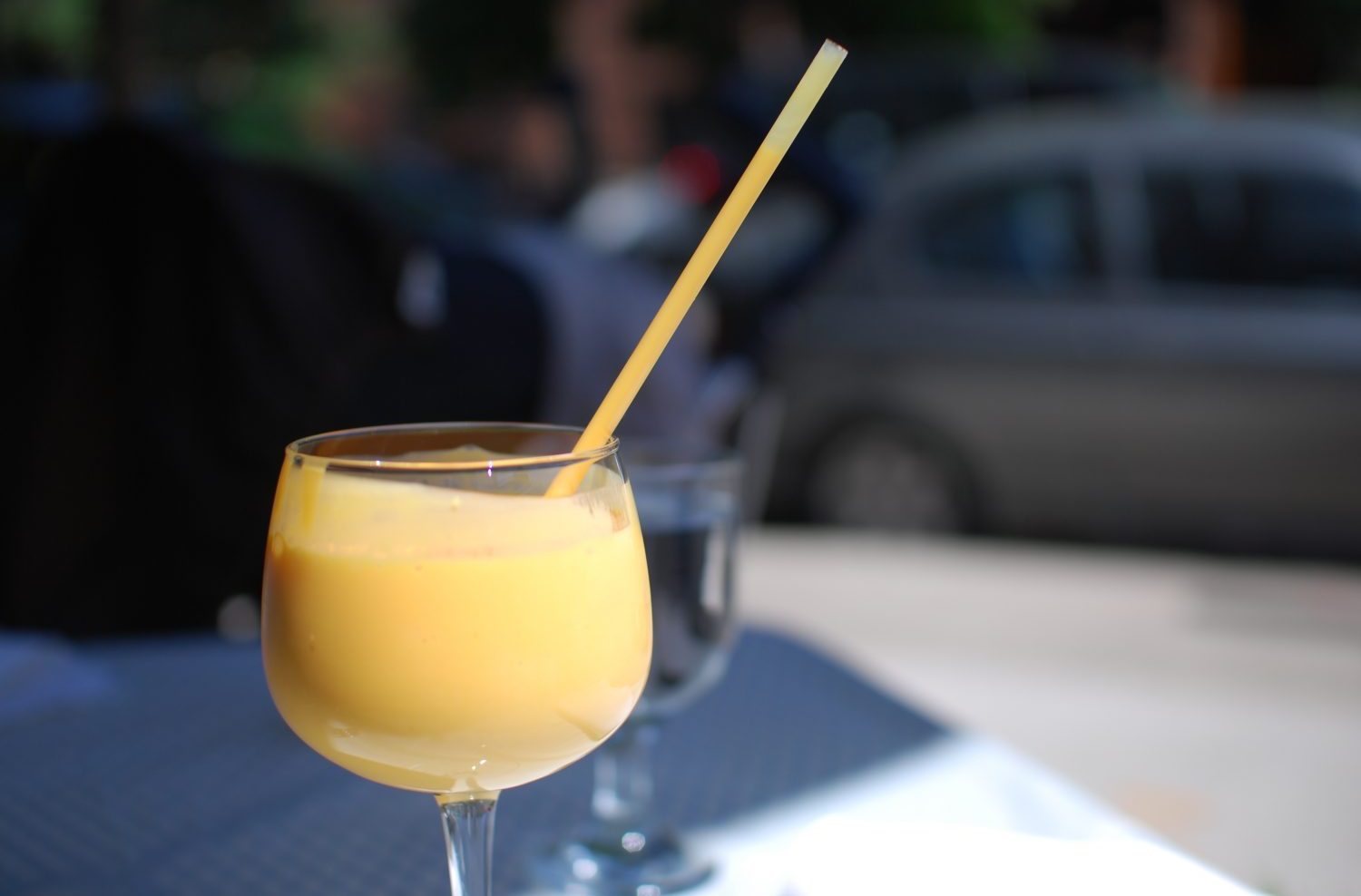 I have to make a confession upfront: I love Indian food. Especially in winter, while some people curl up with a bowl of hot soup, I find comfort in a fragrant curry and a bowl of rice. So when I stepped into Chopan-Kabob, I was unfazed by the bare bones décor or the fact that there were no other patrons in attendance. I was eager to step out of the cold and dig into some good Afghan-Indian food.

I chose a seat by the window and was quickly provided with water and menus. I made some attempts to influence my husband’s order so that I could get my number one and number two choices, but he was steadfast and I had to admit defeat. I landed on a personal size bolani ($5), a pumpkin curry meal ($11) and a masala tea ($2). He decided to go for the vegetable pakoras ($5), butter chicken ($13) and mango lassi ($3).

Just one of our two starters – the personal bolani or pakoras – would have been fine for both of us, as the portions were quite large. Bolani is a thin flat bread stuffed with spiced mashed potatoes. Perfectly crispy on the outside and soft and warm on the inside, it was a hit for both of us. The pakoras – vegetables fried in chick pea batter – were browned to be just the right amount of crispy, but I found the batter to vegetable ratio to be skewed towards batter, making them quite dense and rich for an appetizer.

My pumpkin curry and my husband’s butter chicken each arrived with a plate of rice, a side salad and a couple of naans. The rice was cooked perfectly, while the naan were a little dry though tasty. I tend to favor rice over naan anyways so this didn’t bother me. The pumpkin curry was flavored with a masala sauce and drizzled in yogurt, and while the masala sauce was excellent it did overpower the pumpkin, leaving only a trace of its flavour in the “pumpkin curry.”

The butter chicken earned rave reviews from my husband, who said the sauce was not too sweet, like at many other local Indian restaurants. While he was distracted by his butter chicken, I took the opportunity to steal some of his mango lassi and immediately wished I had ordered one for myself as well. The mango lassi is by far the best in town.

I left Chopan-Kabob full and satisfied, already dreaming of coming back soon.