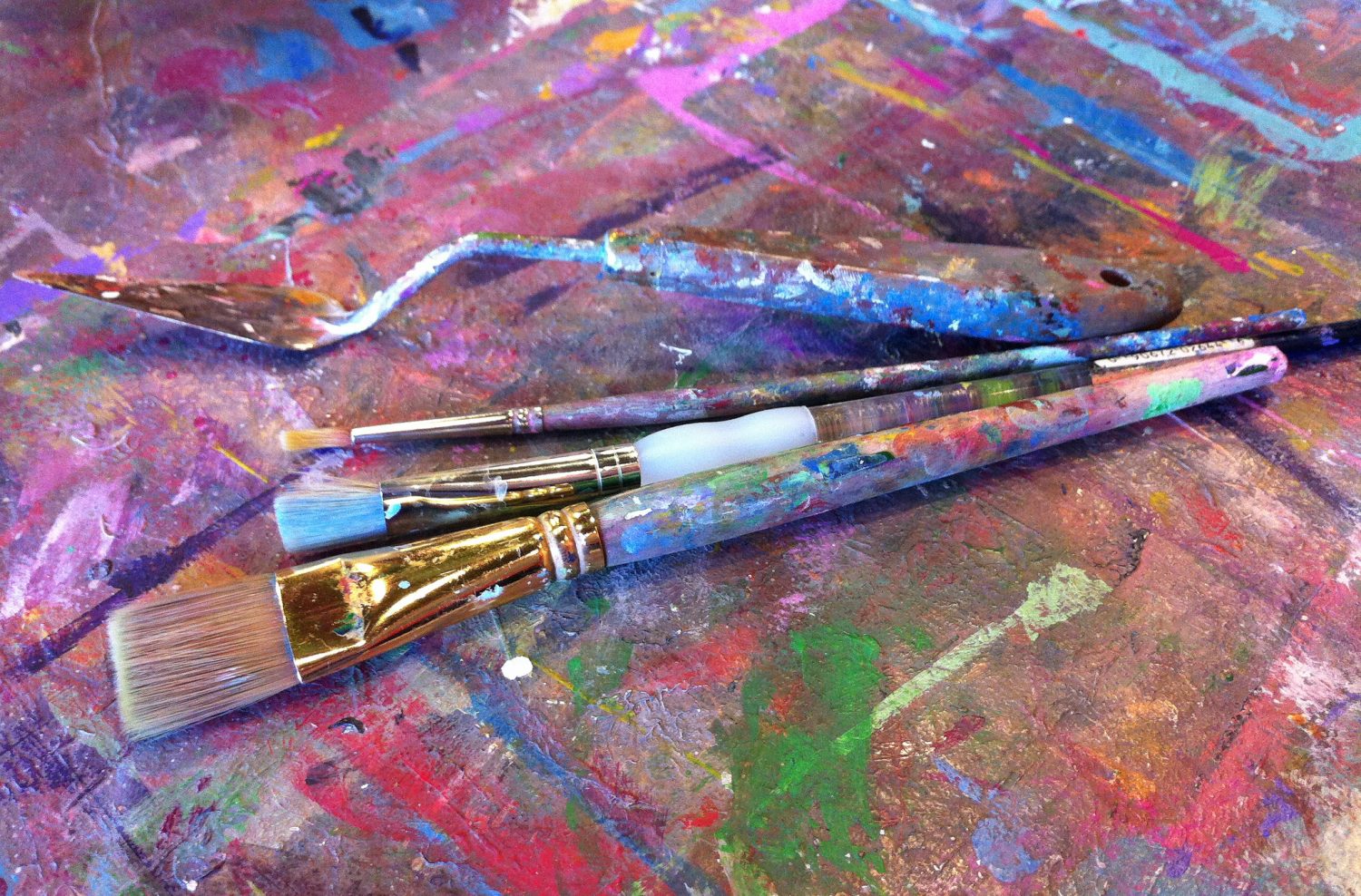 The arts and culture community in the Waterloo Region is fractured. The community consists of thousands of artists and many cultural institutions across three municipalities and four townships, which have all been experiencing their fair share of growing pains. As a result of the fracture, a growing pressure has resulted in a sometimes toxic flow of discourse leaking out through council meetings and social media.

But fractures can heal, and the present situation, however bleak, could develop into a coming-of-age story for the arts community. The community as a whole has the potential to come together in the coming months, presented with an opportunity to “reboot” the scene.

Once holding an influential voice that advocated and spoke on behalf of the local arts, in 2011 the Waterloo Region Arts Council suspended its operations. The Council took a step aside to allow room for a new initiative that was trumpeted as a way to make the Waterloo Region one of the world’s most compelling places to live and do business.

Creative Enterprises Initiative entered the picture in 2010, after seven years of work involving numerous studies and committees sprouting from the Waterloo Region Prosperity Council. CEI was supposed to be an innovative answer to a question that still has those in the community scratching their heads.

Prosperity Council task forces discovered that the region arts and culture sector was lagging behind other comparative cities, and was underfunded by $3 million. CEI had a solution to close the funding gap, lobbying councils to contribute $1 million towards five key cultural institutions, explaining that they would come up with the other $2 million from private sector contributions and grants from higher level governments. CEI would use that funding to support small to medium arts and culture organizations.

Kitchener Councilor Paul Singh noted that the city would never have been able to afford the cash to close the gap on its own.

Six years later, in a flurry of controversy, the organization will at the end of the year close its doors for good, its operations to be absorbed into a still-undecided initiative—some have hinted at the recently developed Waterloo Region Economic Development Corporation—at the end of 2016.

Last December CEI stood before municipal and regional councils to ask for more than $317,000 to adjust to its new mandate and phase out operations at the end of this year. Councils from Kitchener, Waterloo and the Region awarded over $260,000, which according to CEI will be used to focus on connecting the community to what’s happening in the region and facilitating projects, along with other operational costs

Arts Director Isabella Stefanescu of Inter Arts Matrix told TCE that while CEI did attempt to replicate many of the former Arts Council’s activities, they were “feeble” because they did not have an understanding of the local arts scene, or the conditions in which artists in the area worked.

“So some resentment started to build at that point. The reason was because these people were working with a budget that was many times bigger than the arts council and they were not even doing a third of what the arts council used to do, the other resentment was where does all this money go?” Stefanescu continued.

Ken Seiling, Chair for Regional Council, told TCE that he believed CEI stuck to their mandate, explaining that the organization was never meant to be a funding pot for individual artists, and that it was an unrealistic expectation of some artists to expect the government to sustain them.

“Quite frankly I think some people in the arts community need to get their act together before they see any new major kind of support coming forward. I don’t think the nastiness that has happened over the last two months helps the arts community, and I think they need to, at least some of them need to sit back and assess what has happened and their approach to doing things.”

CEI declined to comment for this story, stating that comment would only be available for an article that centered on their future plans to focus on “placemaking” and storytelling. CEI’s original chief executive officer Heather Sinclair was fired in 2014, and repeated attempts were made to Ms. Sinclair for comment on this story, but were not successful. After Sinclair was fired, the organization initiated an overhaul of its mandate, due to poor investment interest from the private sector.

Martin De Groot was the executive director of the former Waterloo Region Arts Council, and became involved in the early stages of CEI in 2003. De Groot explained that he believed the original problem started when the Council “suspended operations, giving the impression that their responsibilities were going to be absorbed into CEI, when in fact the Waterloo Region Arts Council suspended its operations because the region’s council was not going to fund multiple organizations.”

“Everybody was excited about [CEI], and it was an exciting breakthrough, the entire business community had started this, they were all in sync with the three cities, plus the region and the townships, and it was going to be the start of something really dynamic and exciting, so we just thought we’re going to get out of the way, we’re going to let this go, we’ll cease operations for awhile…and let this thing unfold,” De Groot explained.

Gordon Hatt, executive director of the Contemporary Art Forum of Kitchener and Area, echoed this sentiment. He originally advocated for funding on CEI’s behalf in front of Kitchener council in 2013 at the request of the former CEO Sinclair. CAFKA received funding from CEI in 2011 to hire students and in 2013 to fund marketing initiatives for CAFKA at the Walper Hotel, but in the spring of 2014 Hatt’s stance towards CEI changed as funding options disappeared, and at a crucial time when CAFKA was struggling to make ends meet.

“From 2014 on, I don’t know what they were doing, but they weren’t communicating to us, that’s for sure,” he said.

“They started off with a very confused and broad mandate, trying to be all things to all people and that was the beginning…it’s a spectacular disaster when you think about it, I mean all the money that went into it, all the time and energy leading up to it, and then in five years now since it actually started operating, this has been a failure…it’s kind of sad really,” said De Groot.

CEI has been the recipient of more than $2.1 million dollars, including municipal funds, government grants and private sector investment since its inception in 2010.

“Smaller arts and culture organizations, and individual artists, they did receive various supports from CEI in dribs and drabs, so in-kind support, such as workshops, mentorships, certainly the digital media component of the and arts and culture scene, they in particular benefited…it’s all very positive what they did, however the expectations were not met,” Kitchener councillor Sarah Marsh said.

According to past comments made by the present Acting CEO Roger Farwell to local newspapers, money has gone to mentoring programs, local festivals, acquiring work space for artists and to the website Grandsocial.ca, among other things.

Chartrand says that a non-responsiveness from the people that have lead the CEI initiative has lead to a division within the community. She also added that she sees an issue with who was on CEI’s board of directors.

“They would have actually understood the needs of the community, had they had professional artists on their board.”

The region, which includes Cambridge, Kitchener, Waterloo and the townships, faces unique challenges that other communities do not. There are four council—municipal and regional—involved in making arts and culture funding decisions.

“Part of the challenge in funding arts as a whole in the community is that there is no unified voice, as multifaceted as the arts community is… you would find an equal number of opinions on what needs to be done for arts,” said Regional Councillor Sean Strickland.

“Part of the problem is where do you focus resources, and how do you effectively spend public funds to support the arts community as broadly defined? That’s always been a big struggle,” he said.

While the arts community largely feels that CEI was not a success, many praised the good intentions of the efforts of Deborah Currie and Roger Farwell, the Director of Operations and the Acting CEO of CEI respectively.

“CEI was a contributing factor to the divisiveness of the community that didn’t exist before… a part of the divisiveness, is a lot of people really like these people, and they’ve been important to us,” said Chartrand.

With the impending void CEI’s closure will create, the potential of the arts community at large and the cultural scene of a growing population continues to hang in the balance.

It’s a scenario that Chartrand and De Groot hope to transform for the better with a new initiative called Reboot, in which artists across a wide range of practices are putting their heads together to recreate a sort of arts council. In the future they plan to adopt the name Arts Together.

“We are presenting a vangard, an organization that’s interested in moving the community forward. CEI was not concerned with unification,” said Chartrand about the new effort.

David Marskell, chief executive officer at Themuseum in Kitchener, was involved in the early task forces that were the parents of CEI. He said that Reboot will be a game-changer because of a ground-up approach, rather than CEI’s top-down operation.

“This is people at the grassroots saying we’re going to work together and grow, and I think that’s actually a really important lesson learned, that the top-down [approach] may not be the best thing,” he said.

Reboot is in the final stages of two years of creative development, having several well-attended meetings under its belt and over 200 local artists on board to participate, according to Chartrand.

Her ultimate wish is for people not to get stuck in the past, but to move on and work together for the betterment of the arts in the Region.