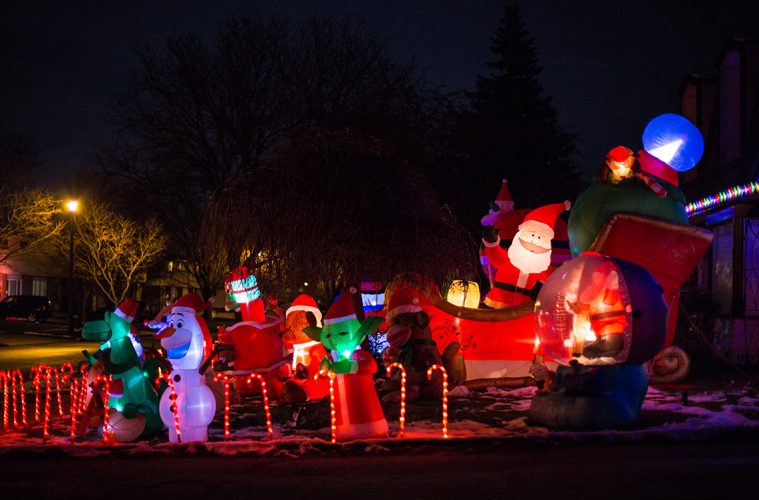 Caring for others, better and worse

We give and we care for all kinds of reasons, and it seems we care a bit more each December. This is also, coincidentally, when the non-profit industrial complex tends to ramp up its fundraising efforts, providing us with myriad opportunities to “give back” to those in need: cans for the hungry, socks for the homeless, and a goat for every war-affected widow. This is great, but we can give back in better and worse ways.

I’m going to use food as my example throughout this self-righteous reflection, because I worked for two years at a food bank, and because I’ve never not had enough to eat.

My grandfather was a preacher for much of his adult life, which meant he and my grandma and their five kids were relatively poor. His unpredictable salary was some percentage of every fourth week’s offering.

One Saturday night, as my grandma was bathing her children, a congregant arrived at their home, bearing gifts. More specifically, five old laying hens, which she assured my grandmother were still “good eating.” However, the hens were still alive. Because she had to be up early for church—pastor’s wife and all that—she put them in breathable burlap bags, on their basement floor, until Monday—because of Sabbath, and all that. In telling me the story my grandma described feeling frustrated, which is basically the worst thing I’ve heard her say, however indirectly, about anyone, ever. These birds, edible as they might have been, were not a gift, not in the true sense of that word.

In other words, this congregant cared, but badly. This is a tricky thing to say, because it matters quite a lot that the woman cared at all—some might say it matters most, but no, we know the road to hell is paved with good intentions.

The food bank I worked at depended (and still does) on community donations. Some of those donors gave badly, and maliciously, like when they wanted to drop off a truck full of “crispy fried onions” past the best-before date. More often people were just a bit ignorant, and defensibly so: they had never been poor, and anyway it’s kind of impossible to truly put yourself in another person’s shoes.

Take, for example, Kraft Dinner. I was initially surprised by KD’s relative unpopularity with our patrons. I presumed it was ideal for people living on a low income, until my boss shared a bit of research from the University of Calgary. Researchers there found that “food-secure Canadians tend to associate Kraft Dinner with comfort, while food-insecure Canadians tend to associate Kraft Dinner with discomfort.” KD tastes better or worse depending on your socio-economic position.

The researchers identified a few different reasons for these divergent experiences. Food secure people choose when to eat KD, and when they do, they prepare it with milk and butter and whatever else is in the fridge. From this perspective, KD is a wonderful, inexpensive, warm and comforting meal-in-a-box. Food insecure people–especially those relying on assistance–are rarely choosing to eat KD, and must often prepare it without milk or butter, and for consecutive meals.

Caring well, then, means not assuming that what works for you will work for someone in a completely different situation—before you organize a food drive, or go shopping for the homeless shelter, give them a call and ask what they need.

That is my sage advice for those who wish to care by sharing practical, material things. This is probably the most popular way to care, but it is not the only way. We can and should also care to understand the deeper, structural reasons why, for example, people are food insecure.

So understood, caring well also means supporting organizations whose work addresses the reasons why: why people are hungry, or homeless, or whatever.

Keeping with the food example, we know that one in 20 families in Kitchener-Waterloo are food-insecure, meaning they cannot consistently afford real, culturally appropriate food. This is the case not because food is too expensive, but rather because “people living on low incomes cannot afford to make healthy food choices after paying for rent and factoring in other costs of living.”

This line comes from the Region of Waterloo’s 2015 “Cost of the Nutritious Food Basket” report. The report takes the average lowest retail prices of 67 different food items at seven local grocery stores, assumes that families entertain no guests and never eat out, and spits out how much it costs to eat healthy food in the Region.

The report also considers the cost of housing in the Region, using data from the Canada Mortgage and Housing Corporation. A single adult receiving Ontario Works, also known as welfare, requires an additional $237 a month to eat well and afford market rent—and nothing else.

A family of four with one adult earning minimum wage, full time, spends about 40 per cent of their income on rent, and 30 per cent on food. This leaves $923 per month for all other living expenses for the family.

From this perspective it’s clear that even the best food bank donations do not address the reasons why people need food assistance in the first place.

Fortunately, there are good evidence-based policy options to reduce food insecurity, including raising social assistance rates or introducing a guaranteed basic income, improving and increasing the stock of affordable housing, and universalizing pharmacare.

Supporting the organizations that advance these causes is another way to care well, especially for future generations. We should demand the same concern from those we elect.

If you’ve made it this far, I trust we have similar concerns. We want to care well, about the right things, and in such a way that in the future our neighbours need not depend on our caring, and can instead buy their own chickens—dead or alive, as they see fit, and probably not on a Saturday night.