BRFC On Beer: Beer In Belmont

Arabella Park Beer Bar opened in Belmont Village (the stretch of Belmont Ave. between Union St. and Glasgow St.) at the beginning of December. The space feels fresh, with lots of white and a blue glass panel wall that also serves as a whiteboard for 18 rotating taps. In the summer, the three big windowed garage doors on the front will open onto Belmont Ave.

It’s all very hip, and modern, and according to some people, it’s what Belmont Village needs: something to draw the nightlife. The area is perhaps best known currently for its eateries, like the Belmont Bistro, Janet Lynn’s Bistro and my favourite breakfast spot in town, The Checkerboard. But Arabella Park is different.

Opening at 4:00 p.m. most days, with a food menu only offering what they’re calling “beer snacks” (definitely try the “franch” fries) the vibe is distinctly not that of a restaurant — it is a bar. Tables are small, or long and bar-height, meant to be shared, and servers will not come to your table except to drop off food that you’ve ordered at the bar. The focus here is very clearly beer. 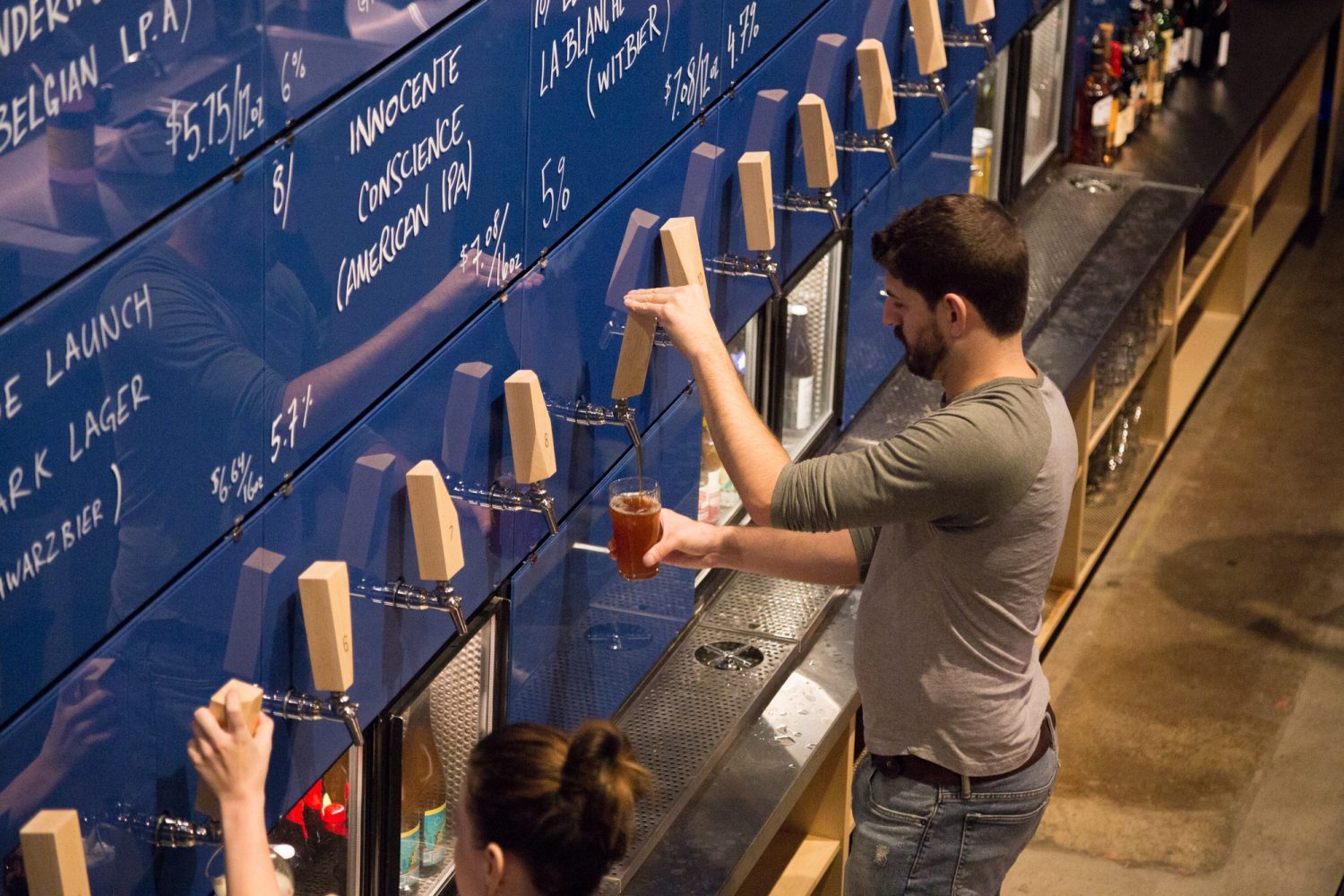 Stephen Cleary is Arabella Park’s cellarman. Cleary decides what beer is on hand, how it is handled and how it is served. When he toured me around the space, he described it as a dream job, and his passion for beer and his excitement about the space was clear and infectious. He made a special point to show me the keg fridge and I can understand why.

This is a rarity. I’ve gotten used to ordering big and heavy beers and having to let them warm up to truly be able to taste them. When I ordered Block 3’s Russian imperial stout, called The Loneliness, the glass was barely cold to the touch and I could taste all of the complex elements right away. It was much appreciated. 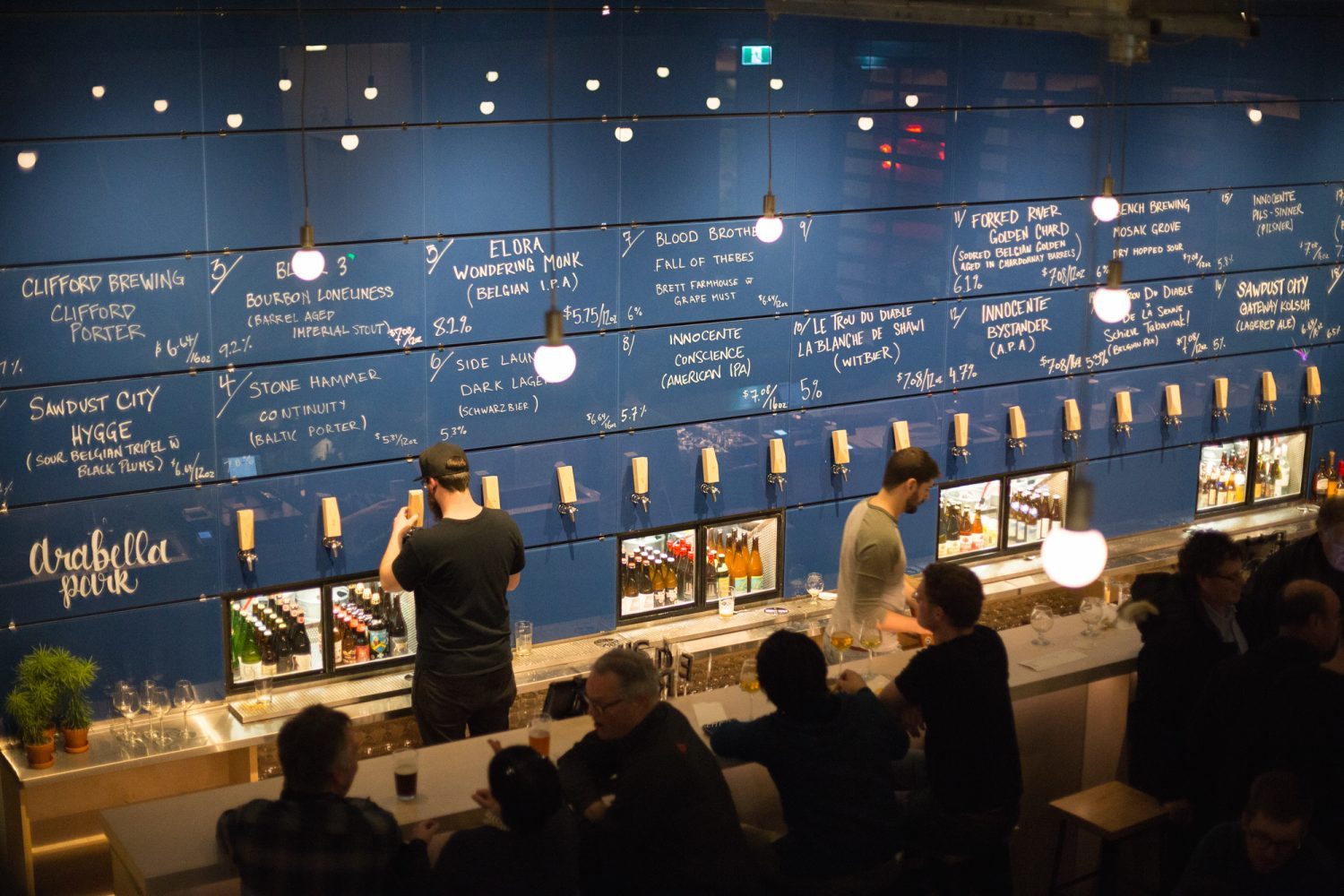 Arabella Park won’t be for everyone. I’ve heard comments about the fact that it is bar service only, about the limited menu, and about the price of the bottles that round out the beer selection. I was a little disappointed that the tap list when I was there a week after they opened was a little less exciting than the week before.

Some of these things are understandable, and some may change, but I also don’t think they’re trying to be for everyone. They’re trying to offer something different, and I think they’re succeeding. I know I’ll at least be stopping by when I see them tweet about a beer I want to try and want to see treated right.