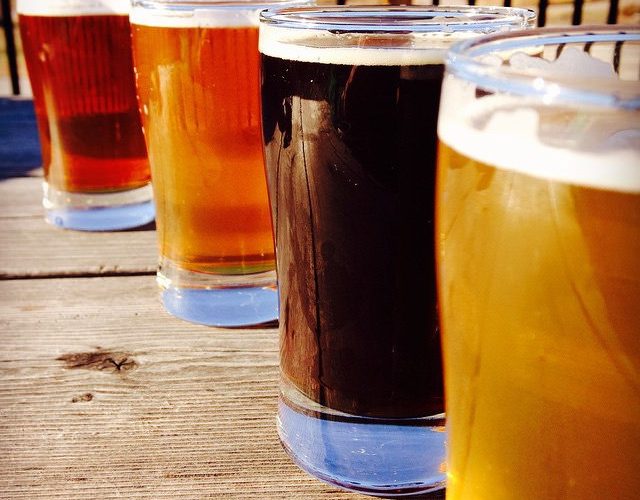 After last month’s discussion of saison beers, a friend suggested I discuss another type of beer you’re likely to see a lot of on shelves this summer: session beers. Session beers are not a style on their own, but rather a variation on different styles.

A typical American adjunct lager that many people pound back on hot summer days, like Molson Canadian, usually has five per cent or lower alcohol by volume. By contrast, typical American-style IPAs (and most other flavourful beers) start around six per cent ABV. As the amount of grain in a brew increases to add flavour, so too do the sugars that ultimately ferment to make a beer that, while tasty, with an higher ABV is decidedly less crushable on a hot day.

Session beers are a solution to that problem, as they usually come in around three to four per cent ABV. Yes, that could theoretically include the American adjunct lager I mentioned before, but the term is most often applied to lower-alcohol variations on more flavourful styles. Essentially, these are variations that you can sit down and drink a few of at one time while still being able to carry a conversation with your friends at the end of the day. One or two per cent lower ABV can make a pretty significant difference over a couple of beers.

The most common session beers are probably IPAs. This is likely due to the overall popularity of IPAs, but also due to the fact that bold hop characteristics can be utilized to add a lot of flavour while not adding to the sugars being fermented. Flavour is added without increasing the alcohol content.

My favourite readily available session IPA is not quite an IPA: the Red Racer ISA. The standard Red Racer IPA is fantastic, but at 6.5 per cent it can be a little strong after you’ve had a few. The ISA is a lot lighter and cleaner, but still packs a lot of flavour at only four per cent. Muskoka’s Detour is a popular session IPA that’s available year round, and Wellington’s Kickin’ Back session IPA is back out at their brewery store.

Of course, the session doesn’t stop there. You can find plenty of different beers from different breweries available in lower alcohol with flavourful variations. Block 3 released a 4.6 per cent session Frankenstout last year, and surprised me with the amount of flavour they packed into it.

So the good news is, just because you want to knock back a number of beers over the course of a day on a patio, you don’t necessarily have to drink bad tasting beer to do it.