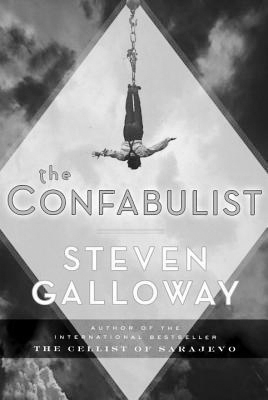 There have been many books written about magician and showman Harry Houdini, but not as much has been written about the man who killed him. In Steven Galloway’s The Confabulist, the author pairs the known narrative of Houdini with the fictionalized life of his murderer, Martin Strauss.

The Confabulist is a vastly different book from Galloway’s hit of a few years back, The Cellist of Sarajevo, but shares much with his previous book, Ascension – a story of a family of high wire walkers.

Houdini is known as a magician, but he was also a social force in his time. He did much to discredit the various Spiritualist movements of the early twentieth century that believed the dead were reachable via spiritualist mediums.

Galloway does a fine job chronicling Houdini’s life, but The Confabulist shines when it merges Strauss’ life as well. He was a wholly unremarkable man whose life intersected with Houdini by chance, but with some intent as well. Therein lies the narrative trick of the tale and it’s a fine one.