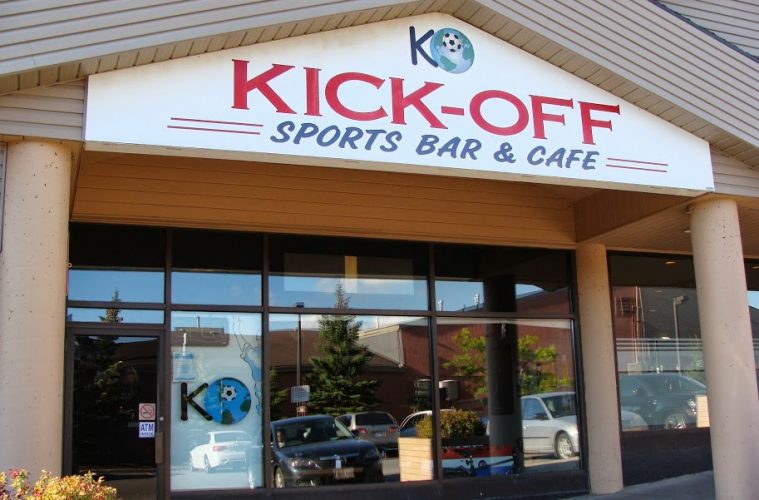 If you walk into Kickoff and a booming voice bellows at you from the bar, don’t be alarmed! That’s just Bill Thompson, voted by you as the best bartender in Waterloo Region, as voted by our readers. Although he is a self-professed people hater, it doesn’t take long to see why he was nominated and subsequently awarded Best Bartender.

Thompson has been with Kickoff for more than thirteen years, almost as long as the bar has been open. “My birth certificate was written in stone,” he quiped dryly, as he looks over the top of his glasses. When asked why he thinks he won, he claims that he doesn’t know. “I yell at people, I’m nasty and abusive and people still come back and give me money!”

He really does frequently yell at patrons, in all seriousness if you’re belligerently drunk, or in his gruff false pretense if he really likes you (which he’d never admit to, of course). He’s the tough love father figure, full of wisdom and interesting stories. Exactly what any student experiencing real homesickness is going to be drawn towards.

Kickoff is a tiny bar, but it’s filled to the brim with character. With 14 mostly craft beer taps, a fridge stocked to the brim with an atlas of world beers (and the ‘ordinaries’ – Budweiser, Canadian, Coors – relegated to the bottom corner), postcards on the wall from travellers who’ve thought to write home to their favourite drinking hole, engineering pub-crawl t-shirts signed and hung on the ceiling and, as the name implies, a collection of soccer memorabilia lining the walls.

It may look like just another bar, but Kickoff prides itself on having one of the largest selections of beer and scotch in the K-W area. “I have to kind of joke about it because I’ve actually had people come in with people who are regulars and they look at the board and then they go ‘Do you actually have any real beer?’” said Thompson. “And occasionally the devil possesses me and I’ll go ‘Well I just walked in and wrote 14 names down. All those taps are Coors Light. There’s a tanker parked out back.’”

On the flip side of this dry deadpan humour is a guy with an impressive knowledge of beer, wine and scotch. Self-taught and well versed in all these libations, his particular passion is scotch. “I’m more of a scotch guy. I could talk for hours about scotch.”

Thompson demonstrates his love of scotch, as well as wine and beer, with bi-weekly appreciation classes. “I don’t pair foods for you. I lay out different spices and seasonings with bread,” said Thompson. “I encourage people to experiment with the different flavours to understand why this works with that white wine but won’t work with the other white wine because it creates a contrasting flavour.”

With his unique mix of wisdom and passion, Thompson may have missed his calling as a full time teacher. However, it’s arguable that he mentors the students and professionals that come in to the bar every day. When he’s not bellowing at them, anyway.