BENT IS NOT YOUR TYPICAL LGBTQ2++ MAGAZINE 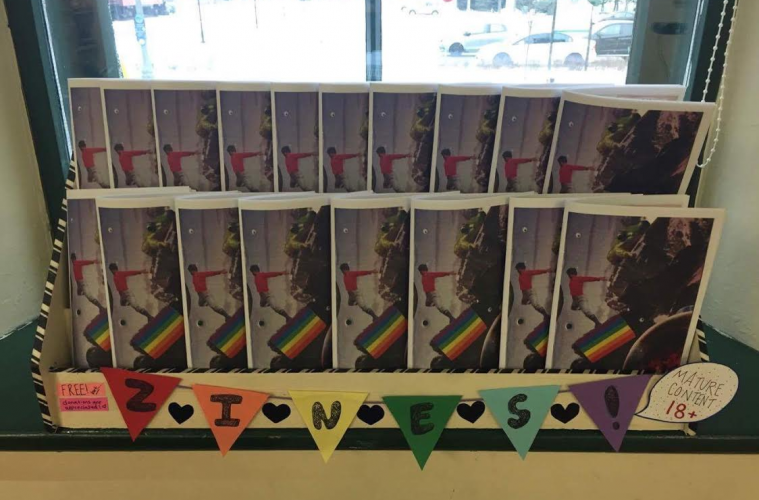 Like many young queer folks, Ellie Anglin found and saw herself through LGBTQ2++ artists like John Waters, kd lang and RuPaul. But it was in her first partner’s basement, when she held the silk screened hand bound pages of a ‘zine, that she found messages talking directly to her.

Over a decade later, Anglin is still involved in ‘zine culture, and has reignited it across Kitchener and Waterloo. Her work has involved making her own ‘zines and creating a ‘zine library at Open Sesame in downtown Kitchener. Anglin has a new project in collaboration with Button Factory Arts, supported by funding from the Kitchener and Waterloo Community Foundation for their belonging project, and is part of a collective of artists that have birthed BENT – a ‘zine for, by, and about queer people and their lives and politics.

This isn’t your typical gay magazine – BENT is a rejection of mainstream stories of LGBTQ2++ narratives and unleashes the voices of Waterloo region’s queer folks in real, meaningful and moving ways. It is about belonging but very much about being an outsider in Waterloo region – a telling of lives on the margins. It’s an invitation to readers to connect with the artists and writers within it and to the voices that are often unheard. Putting those voices out there was a necessity for Anglin in creating BENT. 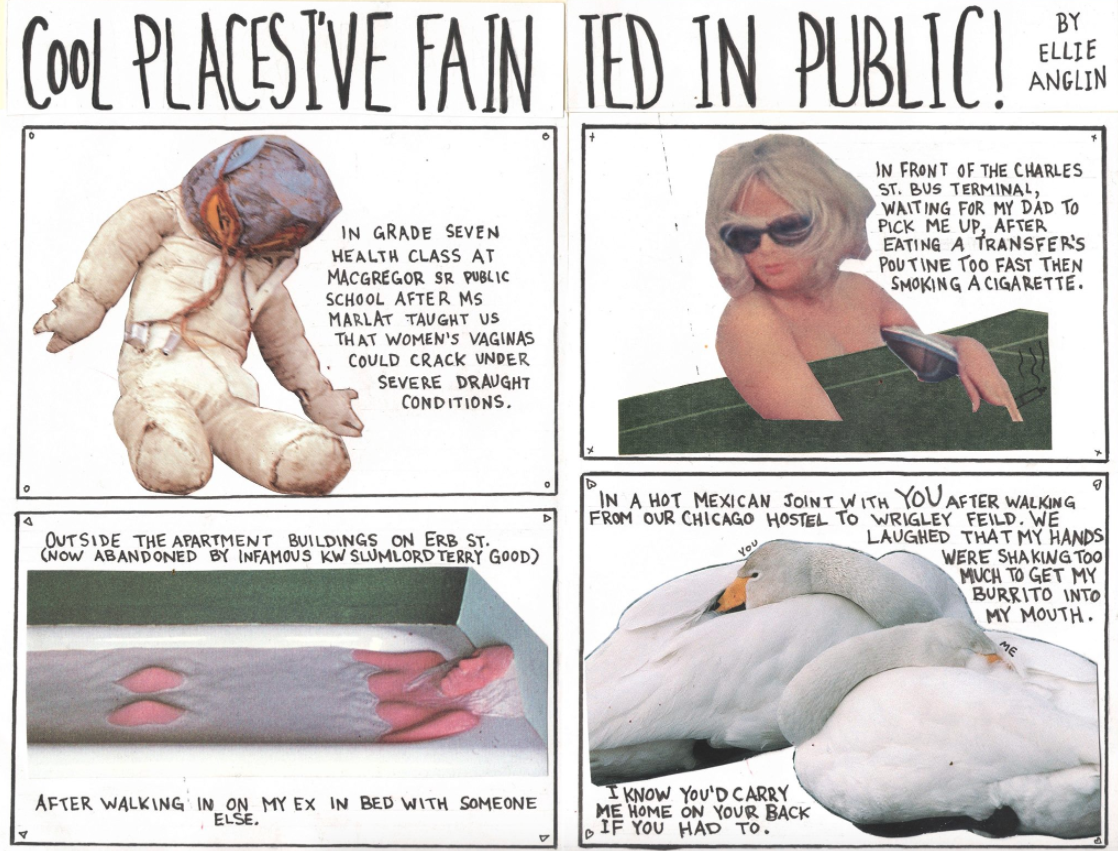 “Fainting episodes in episodic form,” a page by Ellie Anglin in BENT.

While magazines are glossy, full of ads, uniform, standardized, ‘zines are inherently queer in their difference, their playfulness with boundaries and form, colour and limitations. BENT is no different. The name refers to “an old-timey slur I found via a Google search for anyone who isn’t strictly heterosexual,” Anglin told me – a playful reclamation, a defiance of boundaries.

As much as ‘zines are about the words and artwork presented within them, they are also handicrafts in their own right. For BENT, Anglin, a seasoned ‘zine maker, worked in collaboration with a photocopier as her toolkit arranging, changing, splicing, layering. Allie Brenner and Desiree Lichty of Button Factory Arts were instrumental in this part of the process – and the outcome has the sleek colourful gloss of a magazine with the queer edges and contrasts that make ‘zines so personal.

While the colours are bright and the edges smooth, the images and words and rejection of a standard magazine form create an experience that feels like an interaction with the authors.

As BENT is released Anglin will continue to promote it through a Rainbow Reels Zine Fair and at local shows. Proceeds will support local queer arts programming. You can also see find more of her art on posters for local events and through her collage art. The BENT collective is looking for more folks to join – contact ellieanglin@gmail.com to get involved.