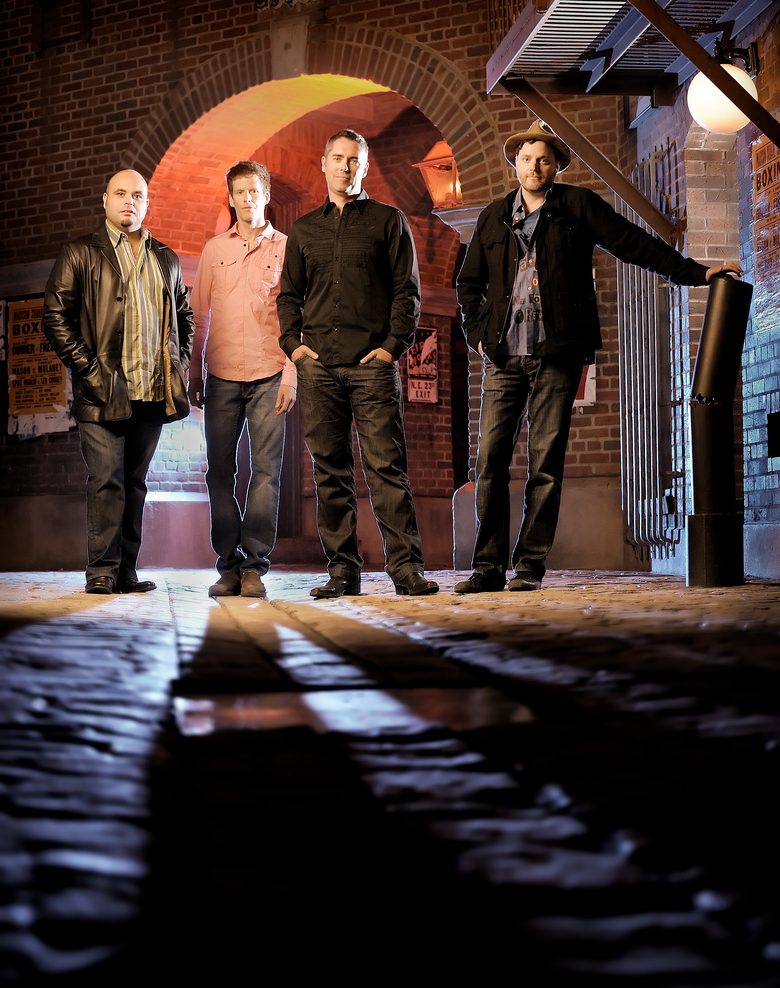 There is no one more excited for Barenaked Ladies’ upcoming gig with the K-W Symphony than the man who will be leading the Symphony itself.

“The first CD I ever got was Gordon,” says Evan Mitchell, the Symphony’s assistant conductor, referring to the band’s debut studio album. “My parents had just gotten a CD player, and it was a really big deal for my birthday. It was the first time I heard all those tunes like ‘Brian Wilson’ and ‘If I had a Million Dollars.’ I’ve been a fan ever since.”

On Dec. 16, The Barenaked Ladies will bring a collection of their greatest hits and holiday favourites to the Centre in the Square. Acting as their backing band will be the classically trained musicians who make up the K-W Symphony. Although this is a little bit out of the ordinary for The Barenaked Ladies, it’s not a stretch for the Symphony, which already takes on pop music in its Electric Thursday series. “It’s putting on a different hat but it’s a hat we have in our wardrobe,” says Mitchell.

The Barenaked Ladies – or BNL to the faithful – are no strangers to Centre in the Square. Mitchell recalls one of the band’s first concerts there. “[They said] ‘We tried something in our sound check that we want to do for you now. If you’re all really quiet we’ll do a number without amplification.’ Everyone was holding their breath. They did ‘Lovers in a Dangerous Time’ — two guys, one guitar, no amplification and 2,000 people as quiet as they could possibly be. It was a really remarkable experience.”

As one of the biggest Canadian bands to permeate the world’s consciousness, BNL certainly inspires a devoted following (check our their impact on pop culture below). Their website, barenakedladies.com, plays host to a busy message board dedicated to the band. Formed in 1988, BNL was made up of five friends from Scarbourgh; Jim Creegan, Kevin Hearn, Ed Robertson, Tyler Stewart and Steven Page. Page left the band in 2011 by mutual agreement. Now playing as a foursome, BNL still attracts large crowds. The show at Centre in the Square is already garnering plenty of attention. “It’s selling like crazy,” says Mitchell. “It’s the allure of having them play with an orchestra; it’s really something.”

Mitchell is tight lipped about what exactly the band and orchestra will be playing at the concert, but he is certainly looking forward to the unpredictably of playing with an inventive live band like The Barenaked Ladies. “With an orchestra, you have to be a bit more scripted because you have to have the parts planned,” he says. “But let’s just say I’m looking forward to the impromptu jams, wraps and surprises that come part in parcel with this particular show.”

The Barenaked Ladies and the K-W Symphony play Dec. 16 at Centre in the Square. For more information and ticket prices visit kwsymphony.ca

Pop masters
BNL has become well known for more than their catchy tunes over the years.

Kraft Dinner (1992)
In one of the band’s most popular songs, “If I had a Million Dollars,” they sing, “If I had a million dollars, we wouldn’t have to eat Kraft Dinner.” Fans have since taken it upon themselves to bring Kraft Dinner to shows to pelt both the band and their audiences. Ouch.

Big Bang Theory (2007)
The band was specifically asked by Chuck Lorre, the creator of TV sitcom The Big Bang Theory, to write and record the show’s catchy beginning. In it, Robertson sings about the actual Big Bang — very appropriate for a show about science nerds.

Ship and Dip (2009)
BNL developed such a hardcore following they were able to sell out not one, but four fan cruises. Fans got to hang with the band at sea and enjoy performances from other Canadian musicians like Sloan and Great Big Sea.

If I had a $1,000,000 flavours (2009)
There is an honour that is reserved for only the most revered in society: having a Ben & Jerry’s ice cream flavour named after you. BNL received the honour in May 2009. The ice cream certainly lived up to its name, containing vanilla and chocolate ice-cream, peanut butter cups, toffee, white chocolate, and chocolate-covered almonds.

Community (2011)
In TV sitcom Community’s 2011 Valentine’s Day episode, Jeff (Joel McHale) has a falling out with the study group after he besmirches the good name of Canada’s contribution to pop music. As Troy (Donald Glover) puts it, “The Barenaked Ladies are triple platinum. Are you?”