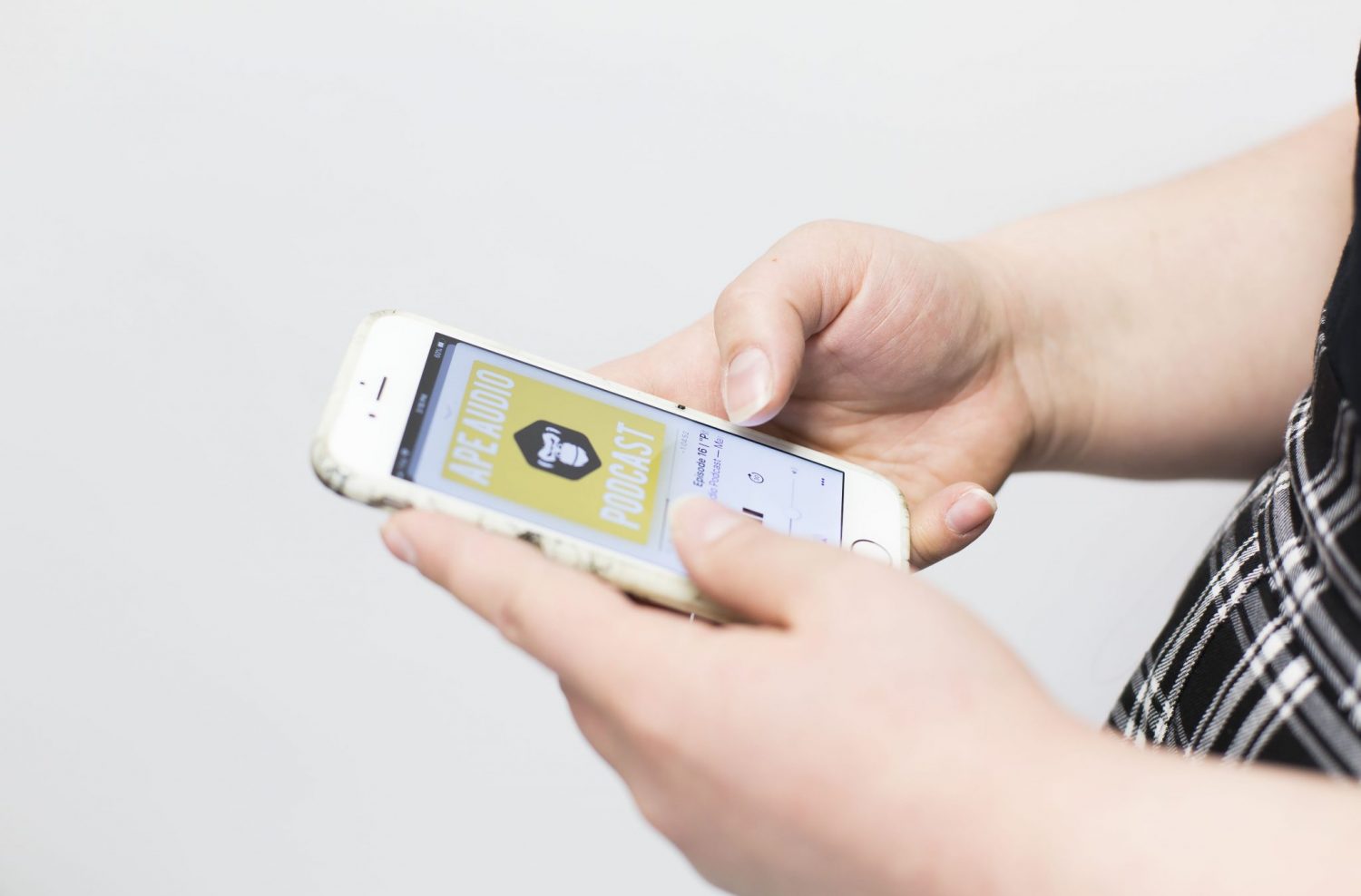 Christian Michiels, Ian Zeberk and Patrick Kordiasz are three grown-up teenagers forever bonded over the music of their youth: The Used, My Chemical Romance, System of a Down, and so on.

“We all chilled out in the music scene several years ago when it was booming and awesome,” Michiels said.

But now they’re the better known as the casually chilled out hosts of Ape Audio, a video and audio podcast straight out of the jam halls of the Kitchener-Waterloo music scene.

“You know, when you’re the one that moves out first and has “The Apartment”?” Zeberek said when asked about the group’s roots.

“That was me. I moved out when I was really young and had a little studio set up in the corner of my room. I spent a lot of time making music there, and it was just kind of the place everyone came to hang out.”

Michiels admitted to being there daily.

“I had my first full-time job,” Michiels nodded, “and I’d come every day after work.

But as adulthood hit, the trio went their separate ways. Zeberek and Michiels still saw each other sometimes, but Kordiasz moved out west and got involved with the music community out in B.C.

“I was part of this group that would get together and write and share new music every month,” Kordiasz said. “So when I came back here, I wanted to do the same thing.”

“They started by writing these one minute songs, and sitting around talking about them. One day they just looked at me, and said “hey man, you know anything about podcasts?” Michiels shared. “I listed to a lot of podcasts, and this wasn’t really being done, so I thought — hey, maybe we could do something bigger.”

The hope behind Ape Audio, is to bring bands and audiences together.

“Our first episode came out at the end of November, and we meet people in the community, or at shows who know us and like us, and want to be on our podcast.” Michiels shared.

“And we’re going out to the Choose Yr Own fest happening in April,” Zeberek added. “We’re going to try and use that opportunity to interview a bunch of different bands and fans.”

They stressed that they’re not just a punk podcast, but rather, open to everyone.

Check it out @apeaudio on Instagram and however you listen to podcasts.