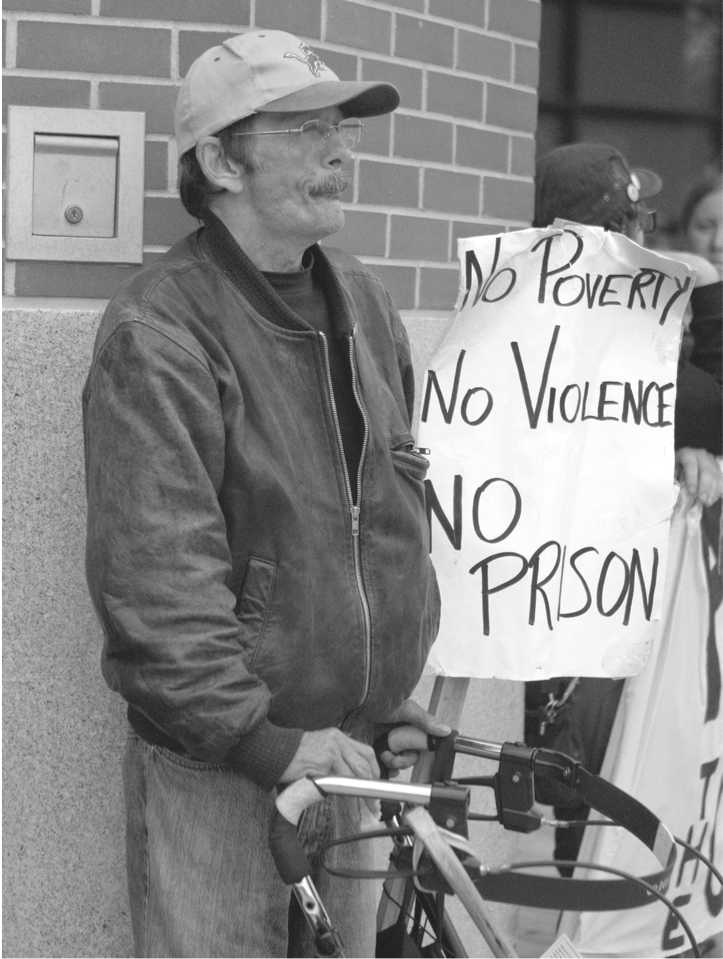 How can we change the stigma surrounding poverty?

Seb Bonet is no stranger to anti-poverty action on the West Coast.

Bonet has more than 15 years experience in anti-poverty action across British Columbia, with the majority o his focus falling on Vancouver Island and Victoria, as a staff member at Victoria Island Public Interest Research Group. Leading a multi-province discussion on poverty reduction at the first annual National Public Interest Research Group Conference on February 15, 2014, Bonet said, “We have three major problems that need to be addressed before poverty can be eliminated,” listing marginalization, stigmatization, and criminalization.

Marginalization of the poor comes from systemic and institutional obstacles such as the elimination o the national housing pro-
gram, the decreases in funding for food programs, the cost of public transportation, and changes in the availability and accessibility to Employment Insurance (EI). The accessibility of social programs can also be a factor, especially in rural areas.

Stigmatization o the poor comes in many forms. Good Neighbour Agreements, which are contracts used to keep areas clean and beautiful, are oten used as ways for communities to become exclusive to middle and upper classes. Media coverage paints all low socio-economic level citizens as deviant, problematic, or burdensome. There are even programs nation-wide that allow property owners to act as instruments o surveillance, such as Neighbourhood Watch and Citizen Police, calling in infractions as small as loitering or placing down bags in front of property.

Criminalization of the poor comes through a combination o police and business intervention. The commodification of public
spaces transforms places that could be used as gathering or temporary resting places into a product o the municipality that needs to be protected and beautified. Bill C-10, the omnibus crime bill, takes relatively modest crimes,such as loitering, and assigns harsh sentences for repeat ofences. With the removal of services from city centres, there are limited options for individuals of low socio-economic status to gather, let alone rest, without being charged with loitering.

Kota Kimura, an activist pursuing graduate studies at the University of Manitoba, added that Community Watch and Citizen Police
programs can sometimes be abused by police services. “We are essentially teaching our citizens gentrification,” Kimura passionately expresses. “We become more interested in snitching than helping.”

“Exactly,” Bonet agreed. “Look at the media too; when there are issues over shelters and social services, it is the property owners that get a say, not the people accessing the services or those who see how that will change the community positively.”

How does this relate to the Tri-Cities?

Even with patterns o criminalization and legal stigmatization, the Tri-Cities fare better than most. There is only one Good Neighbour agreement and it falls between the Region of Waterloo International Airport and the surrounding neighbourhoods.

Looking at the daily summary logs in mid-February, there have been no tickets o loitering in the region. The Neighbourhood Watch program is specifically built around robbery, theft, and break-and-enter.

Services continue to be accessible to those who need them. On the Grand River Transit (GRT) 7 bus route, there are 15 social services within walking distance from a bus stop just between Columbia and Benton. And while fares for monthly passes increased, the cash fare o a single ride has held steady at $3. When looking at single bus fares for four communities of closest size, the Tri-Cities is one of the lowest.

Our biggest problem as the Tri-Cities lies in the social stigmatization of citizens of low socio-economic status. For example, news that a new women’s shelter might be built in Cambridge created a backlash among nearby residents. It was clear from news reports that the would-be neighbors were linking a shelter for women and children leaving abusive families to drug use and violent ofenders.

The proximity to an elementary school (along with other services that would be helpful to those individuals at the shelter) also alarmed residents.

It is not the constant cuts to governmental funding o social services that keeps these three techniques o alienation in place in the Tri-Cities and across the country. It is the myths perpetuated by media and citizens alike that alienate those who need support.

While we can hope (and vote) that our government systems put more focus on social services, it is our duty as citizens to make
sure that we are not creating and supporting barriers to a poverty-free Waterloo Region, but are removing them.