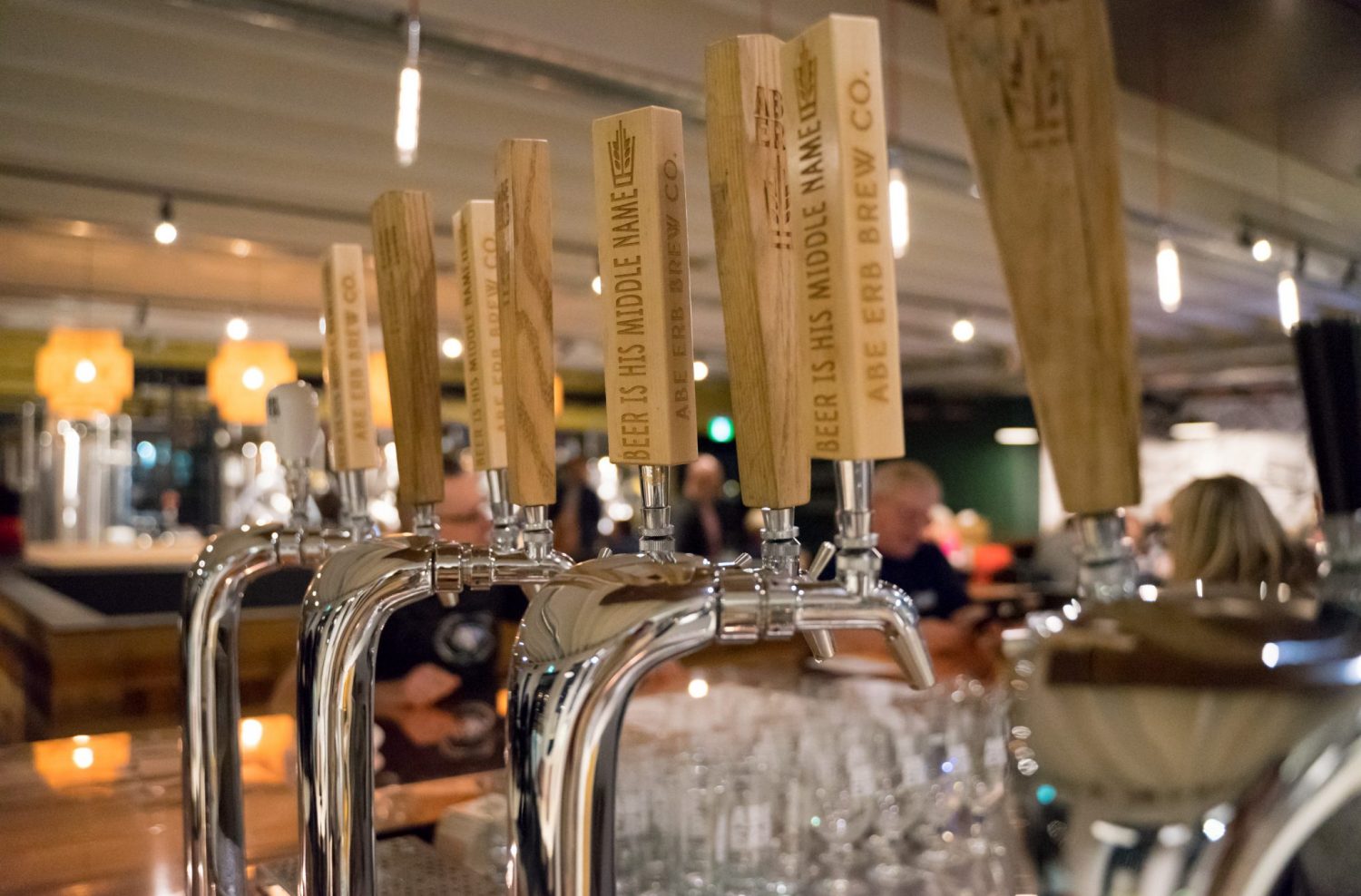 Abe Erb at the Mill opened its doors during the week of Jan. 15 at 143 Northumberland St. in Ayr. Located near the Nith River, by the railroad tracks, the Settlement Coffee Co. and Abe Erb Brewery hybrid space gave new life to the old feed mill, transforming it into an environment where the intertwine of coffee and beer exists under one roof.

“We started thinking about this location once the LRT construction in Kitchener and Waterloo was completed. We went back to the roots of our branding and asked ourselves what we did best. The answer was simple: serving our local community. Instead of expanding into Toronto and the GTA, we’re staying in our own backyard,” said Rob Theodosiou, owner of both Abe Erb Brewery and Settlement Coffee Co.

The process and planning for the Abe Erb Mill began in April of 2018, the lease was signed in June and construction began in September.

Ayr was a natural next step in their growth and expansion, as the city has seen major growth in the past few years, attracting young families and the 30-45 year old demographic to the area. What Ayr lacks, however, is amenities.

“Everyone living in Ayr is currently going to Paris, since there are so many restaurants there. They are funnelling people from every nearby community. We’re hoping to give people living in Paris a reason to come to Ayr,” said Theodosiou.

Drawing inspiration from the West Coast, the Abe Erb Mill space features a soft modern atmosphere with blonde wood flooring, a white roof and leather upholstered chairs and booths. The space will also feature a mural on the back wall and the brew equipment as the central focus. There is a giant stairwell going down to the basement, which will feature an event space that will open up later on this summer. Outside, there is a large covered patio as well as a private parking lot.

The Ayr location features unique perks that will not be available at either the Kitchener or Waterloo location, such as two beers that will be crafted on site — one brown ale and one lager, named after historical people or the background of the community. Another exclusive perk is the Mill Membership Community.

“This is Abe Erb’s first membership program designed to bring good beer, good food, and great friends together. We only have 100 spots available, and we sold out 60 memberships in the first weekend we released it,” explained Theodosiou.

The Mill Membership Community, valued at $225, provides members with exclusive discounts on food and drinks, a custom mug, first access to event tickets, the ability to renew after one year, and more.

While the Abe Erb Mill location will still serve 60 per cent of the Kitchener-Waterloo food menu, there are some unique items that will only be available at the Ayr location.

“We have a two door pizza oven available to us in this space, so we will be serving pizza, as well as more baked goods like muffins, breads and granolas,” explained Theodosiou. “On Sundays, we will be offering brunch from 9:30 a.m. to 2:00 p.m. a la carte as well as buffet style.”

Since the local community is made up primarily of families, from Monday to Wednesday, kids’ meals are free of charge.

Plans for the future include the opening of a new Settlement location on the ground level of Northfield Park, serving its 1500 staff members, the week of Feb. 11. The location will operate from Monday to Friday and users will be able to pre-order and pay on their mobile devices and pick up their order at the physical location.

Later this fall, Abe Erb will be opening in Guelph at the Guelph Junctionary. Abe Erb Junction will begin construction late April, in the hopes to open late August or early Fall.