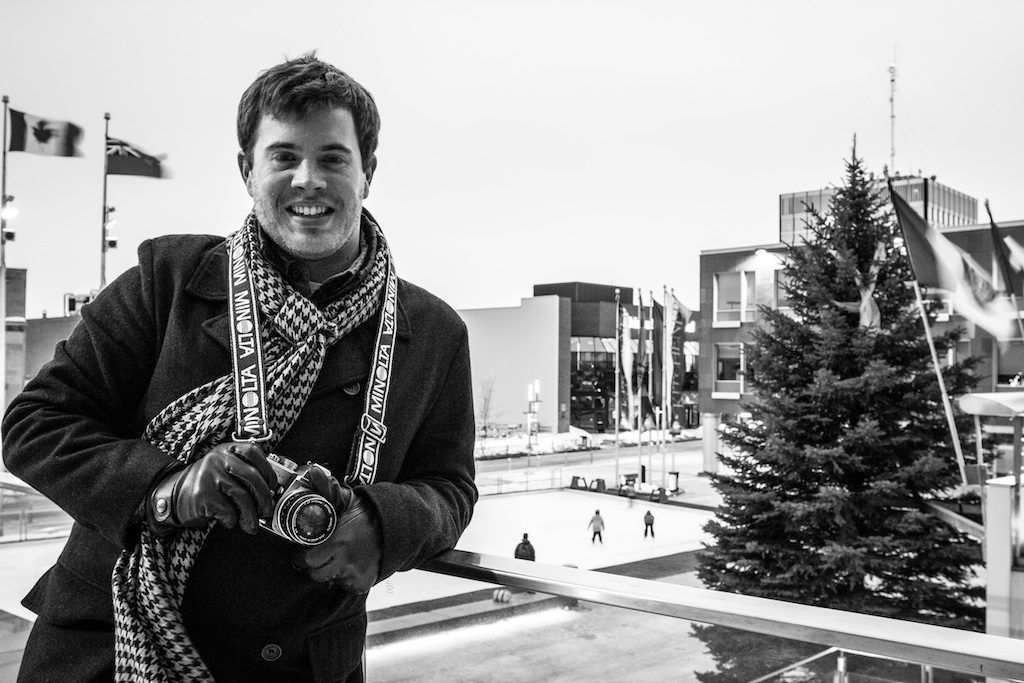 A Lens-Eyed View of Kitchener

From disposables and early digital cameras to his favourite Canon 60D and 17-40mm wide angle lens, Waterloo Region’s latest up and coming photographer has high hopes of creating a comprehensive set of photographs that scream, “This is Kitchener.”

Matthew Smith, a 21-year-old photographer and Kitchener native, has a new project for 2014 – the Kitchener 1000 project. The project aims to document the city one photo at a time.

Smith is one of a number of residents who are looking to change the way Kitchener is perceived through art. He hopes to use the project to shine a light on the beauty of the city starting with downtown.

“Downtown is really the hive of activity and community in the city; there are lots of people, lots of action, and there’s always something going on so I think that buzz really draws me in not just as someone who enjoys photographing it but, as someone who loves to spend time there as well,” said Smith.

The project will be as diverse as Kitchener itself with varieties in style, season, architecture, location, and neighbourhood

“I am going to do my best to bring a variety of images to the project and the seasons are a great way to do that.” said Smith. “The project will have a taste of many different neighbourhoods, but Belmont Village, Midtown, King East, and Bridgeport will definitely get lots of love.”

A project of this size is no small feat but it appears to have been less of a conscious plan and more something that just happened. “Many photographers do 365 projects which involves taking one photo every single day for one year and I think I took a bit of inspiration from that idea on one of those nights where you just can’t seem to slow your mind down, then it just came together,” explained Smith.

He chose 1000 photographs because he wanted a project that would be both challenging yet flexible and free of repetition.

Raised in Kitchener, Smith explained that it is his familiarity with the area that inspired him to stay close to home instead of focusing on the twin cities for his project.

“I would love to just say that we always had a fierce rivalry with Waterloo during my minor hockey days so now I’m getting back by not including them but really it’s because I was raised in Kitchener and I have a more local knowledge to help me get around and find interesting things to shoot,” he said. “I am going to make an effort to branch out into Waterloo more this year so I can experience more of what both cities have to offer and possibly start a Waterloo 1000 project for next year.”

We asked Matt to give us the scoop on a few of his favourite photos so far:

Purpose – These are some of the windows on the lovely old Rumple Felt building in the Warehouse District. I included the “purpose” in the top corner to help raise the question of why the windows on the top and bottom are different and what purpose was needed when they were changed from the original, middle style.

Snow City – I know we’re all sick of winter by now but this shot was taken from Victoria Park the day after a fresh new coat of the white stuff. It’s always nice to be see the snow stay one the trees so I took the opportunity to capture the mix of nature’s beauty with the many different buildings seen from the park.

The Berlin Tower – Another shot featuring one of my favourite buildings, Kitchener City Hall, in a super high contrast black and white. City Hall has really been the focal point of the city ever since it was built 20 years ago and it continues to serve not only as an incredible and versatile space but as something that really connects the community.