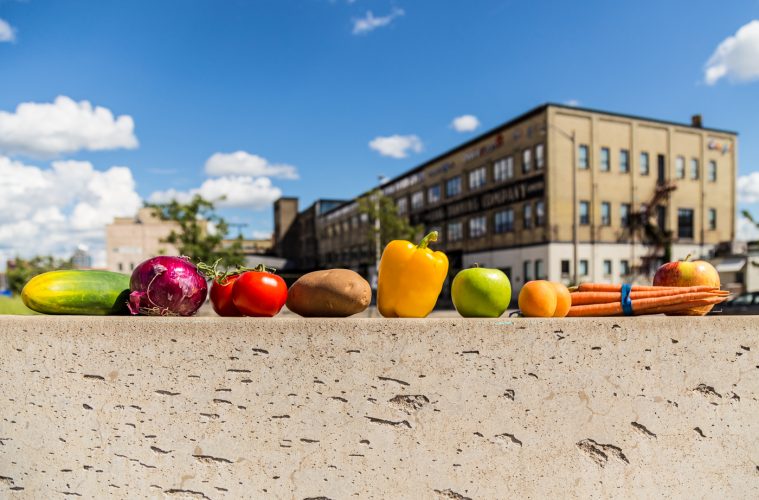 Canadians are buying a lot online, so why not groceries too? That’s what the founders of Grocera thought while developing their Waterloo-based online grocery store. The twist that sets them apart from American counterparts like AmazonFresh is that Grocera partners with nearby farmers and businesses to supply customers with locally-sourced food.

On the weekends, the Kitchener and St. Jacob’s farmer’s markets are packed with shoppers, but a growing number of people in the region are limited by time or transportation and therefore unable to access local food.

“There’s got to be a way for people to access local food, what better way than online shopping?” said Niket Soni, Grocera’s founder and a former food safety specialist with the Canadian Food Inspection agency. Working for the government is where he got the idea, which he began building on nine months ago.

After quitting his job to enter the startup world, Soni found Patrick Valoppi to head Grocera’s marketing and the pair moved into the Velocity Garage where they built partnerships with local suppliers before officially launching in June.

“Part of our mission is to really educate the consumer to realize it’s actually better for you to eat closer to home,” said Valoppi who grew up in a rural area where eating local was the norm.

Valoppi’s family history is rooted in farming and he is well aware of the struggles and uncontrollable variables farmers face.

“I think people take for granted how hard farmers work,” Valoppi said. He and Soni said part of their mission is to find a better way to connect local farmers’ products with consumers so there is more business and less waste.

Currently, the Grocera team, made up of Soni, Valoppi and five volunteers, are trying to tap into three customer bases: time-starved and tech savvy professionals, community members dedicated to supporting local businesses, and students.

“We don’t want to brand ourselves as a premium service, our whole motto is the fact that local food should be accessible to everyone,” Soni said on the misconception that Grocera is for an elite customer base.

Soni graduated from the University of Waterloo’s biomedical sciences program in 2012. He also earned a minor in biology and nutrition, which is where his interest in local, healthy food was born.

Basing Grocera in KW was a no-brainer to Soni as he calls the area a perfect test market. He ang Valoppi, a graduate of Laurier’s businesses administration program, hope to expand their services to Toronto next summer, but for now are growing steady here and happy to be based in the Velocity Garage.

Not only do the pair want to improve access to local food, they want to reignite customer service standards of the “1960s milkman days.” Though they are an online service, Soni said customers are going to get to know their delivery person and he and Valoppi are not shy about getting out into the community themselves.

“We’re doing something that’s going against the grain,” Soni said of Grocera’s focus on customer service. “I can grocery shop for an hour and not talk to a single person,” he said of traditional grocery stores. They want Grocera to be different.