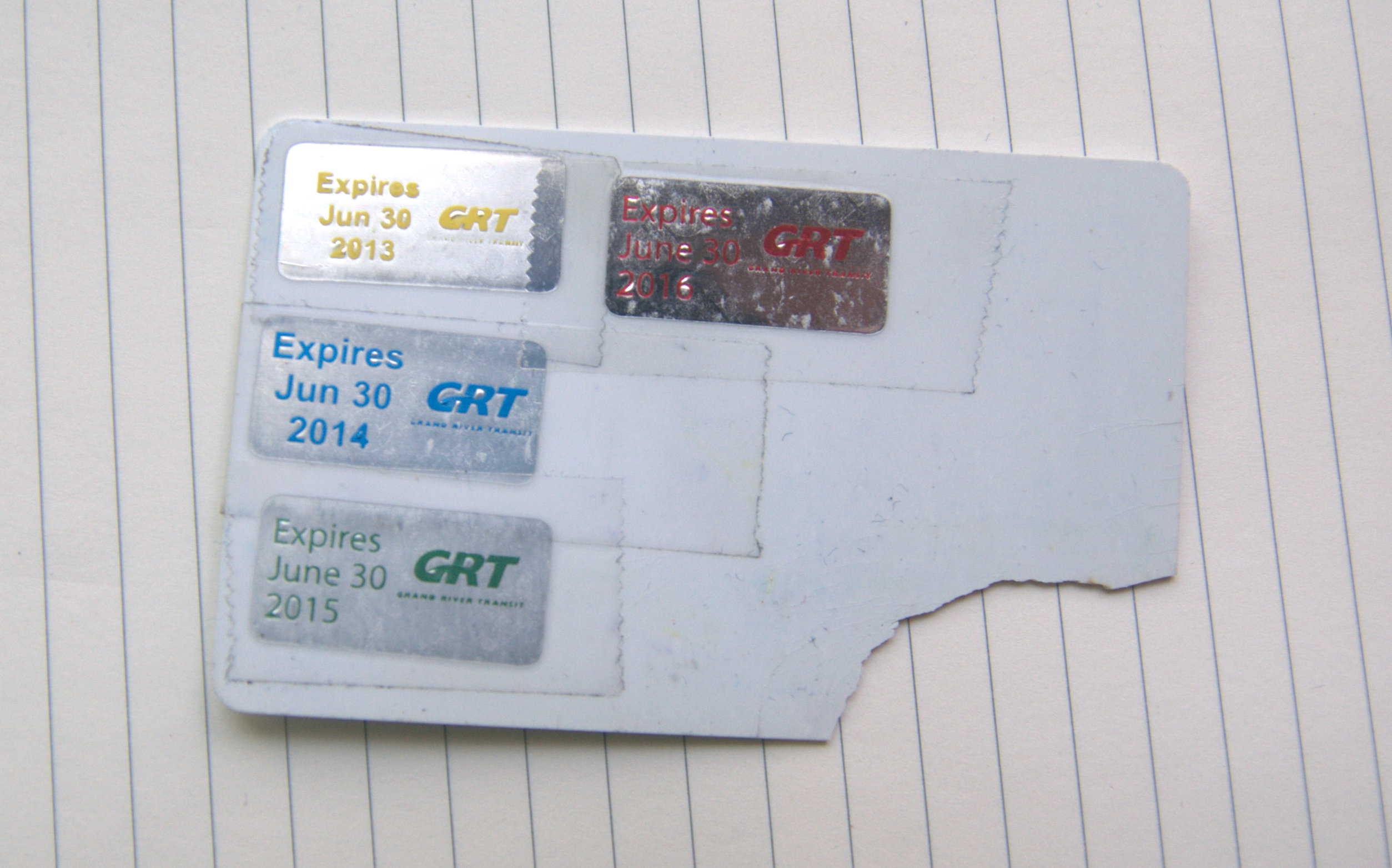 A Bus Pass or Shoes?

I met Modrzejewski in early May, at an Alliance Against Poverty rally at the Charles Street bus terminal in downtown Kitchener. He was there with five others demonstrating in favour of free transit passes for people receiving social assistance.

Modrzejewski has used a subsidized transit pass for the last four years, but says that he “can barely afford” the pass and hasn’t been able to buy a new pair of shoes in years.

Modrzejewski immigrated from Poland in 1989 to “live in a free country.” He studied computer science in Poland and found work in Toronto as a programmer and analyst. After a few years he became a citizen, and a few years after that his employer went bankrupt, as did the two successive companies he worked for.

“My North American dream had ended,” he says.

Modrzejewski went back to Poland and spent some time in Asia, but decided to return to Canada for good in 2012. Since then he has been unable to find work, relying instead on Ontario Works — in the parlance of our times, welfare. He’s now 52, and believes that he has aged out of the job market.

“Every year I have less and less of a chance to get work and have a normal life, so basically I’m just looking forward to my old age pension, which is higher. I only have 13 years to go,” he says, laughing.

In a recent paper for the Canadian Centre for Policy Alternatives, economist Kaylie Tiessen writes that “the poverty gap — the distance between total benefit income and the poverty line — for people who qualify for social assistance has worsened over time, especially so for single people receiving Ontario Works.”

“People receiving benefits from Ontario’s social assistance programs are living in a greater depth of poverty now than a generation ago,” says Tiessen.

In 1993 a single person received $663 a month in welfare income, which is roughly equivalent to $995 a month in 2016 dollars. The effects of Mike Harris’s government’s extensive cuts to social assistance are still being felt. Today, a single person on Ontario Works can receive up to $681 per month. Rate increases under successive Liberal governments have not kept pace with inflation.

To put this point slightly differently, Tiessen says that in Ontario, single adults receiving Ontario Works are $12,301 below the official poverty line, which is half of the median income in the province. A single person receiving disability support sits $6,783 under the poverty line.

Modrzejewski laughs when he shows me his OW cheque, which is split into a “Basic Needs” allowance ($305) and a “Shelter” ($376) allowance.

“There’s basically no way to get a place for less than $400,” he says, explaining that he pays $420 a month for a small room in a basement. Public Health researchers say that the average monthly rent for a bachelor apartment in the region is $693. According to the housing list that a local non-profit organization publishes every week, in mid-May the average price for a room in a rooming house was $461.25.

After paying rent, and $42 for his subsidized bus pass, Modrzejewski has about $200 left for the month – for food, non-prescription medications, clothes and everything else – or $6.66 per day.

“If not for the food banks and local churches, what could I do on $6 a day? That’s not enough even to get drunk or smoke cigarettes. Every single thing I’m wearing is free, from local churches,” he says, sweeping his arms from head to toe.

Modrzejewski eats lunch every weekday at St. John’s Kitchen, a soup kitchen run by The Working Centre, and supper every evening at Ray of Hope. He skips breakfast.

In her paper, and then on the phone to me, Tiessen makes two recommendations which return to a basic point: people living on low income would be better off if they had more money. Recommendation one is therefore to raise social assistance rates. Anticipating a common objection, Tiessen points out that welfare for a single person is now 36 per cent of what a person makes working full time at  minimum wage. Social assistance rates could be raised quite considerably without dis-incentivizing work.

Recommendation two is to increase poor peoples’ incomes “through the tax and transfer system, which could include better child benefits, more sizeable sales tax credits and other government benefits and credits.”

Modrzejewski suggests basic income – where all citizens get a monthly cheque and we do away with the complicated architecture of social assistance – as a possible solution.

“With NAFTA, the politicians decided to ship jobs to China, so maybe they could replace them with basic income,” he says.

Tiessen is less keen about basic income, pointing out that the pilot project recently announced by the provincial government will likely take at least five or six years to implement, plus analysis and evaluation and planning for further implementation, all while “we have a serious problem right now.”

“The same sort of inadequacy by a different name is not good enough,” she says.

In 2008 Ontario’s government released a provincial poverty reduction strategy. After failing to meet the plan’s basic goals, in 2014 Kathleen Wynne’s government reaffirmed its commitment to end child poverty, reduce poverty and increase income security, though without any timeline.

Tiessen says raising social assistance rates are a simple and immediate way to honour those commitments. In the meantime, an extra $42 a month would help Modrzejewski buy some new shoes.

[Ed. note: this article was updated on June 6. It originally and incorrectly stated that Modrzejewski pays $420 for a basement apartment.]