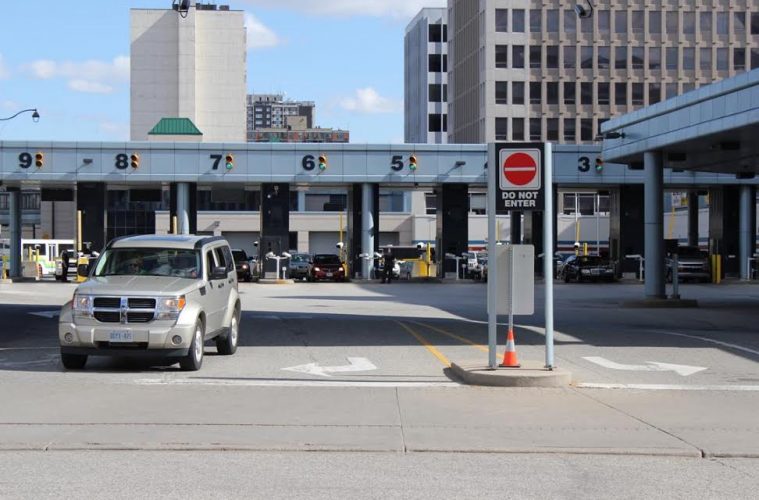 A breach of confidence

Ellen Richardson was ready for her “dream vacation.” This was until she was denied entrance into the United States due to an event from her past — an event that should have never been disclosed to border officials.

Richardson had signed up for a cruise exclusively for persons living with physical disabilities. However, once Richardson reached the border, an officer looked up her personal information online.

“What’s this?” he allegedly asked. “You attempted suicide two years ago.”

Stunned and embarrassed, Richardson offered the personal number of her psychiatrist but that wasn’t enough. She was denied entrance unless she had signed permission from a pre-approved physician and physiologist in Toronto.

Richardson was unable to attend her dream vacation and lost her $6,000 deposit — all because of one suicide attempt.

“Could you imagine if that was you?” said Ann Cavoukian, the Ontario Privacy Commissioner. “The last thing you’d expect is a US border official having sensitive mental health information.”

Richardson’s now public story launched a national investigation into how and why such sensitive information was leaked to American officials.

It was found that some regional police services have been uploading personal records onto the Canadian Police Information Centre (CPIC), an online database overseen by the Royal Canadian Mounted Police (RCMP). According to Cavoukian, the database is accessible by US officials.

“We didn’t know that there was a reciprocal sharing agreement with the United States FBI, Homeland Security and Border Crossing Officials,” Cavoukian added.

However, while some police services have been uploading all information, others have been using discretion, logic and reasoning when selecting which reports are uploaded and which ones stay confidential.

When it comes to suicide disclosure the Waterloo Regional Police Services (WRPS) has been “doing this right,” said Stephen Beckett, the deputy chief of systems and innovation for WRPS.

“We establish a criteria of determining when an individual would be placed on CPIC.”

Cavoukian issued an announcement explaining that while no police services should be sharing private information regarding suicide attempts, there are four exceptions.

The suicide attempt must involve the threat of serious violence or harm to others, an intentional provocation of a legal response by the police, a previous history of violence of harm to others or the suicide occurred within police custody.

“If one of these conditions do not apply then don’t send it,” Cavoukian emphasized.

“There is some room for us to improve,” said Beckett, on WRPS’s response to the new criteria. “The recommendations [Cavoukian] provided in her report are ones that are workable and we will certainly adopt.”

Recently, Cavoukian has been working with Matt Torigian, chief of police of WRPS. She has been learning their practices and devising a mental health disclosure test to use in cases to determine when information should and should not be uploaded onto CPIC.

“[Torigian] was wonderful,” Cavoukian said. “I think he alerted us to some of the police officer safety issues that could arise.”

Elaborating, Cavoukian said that WRPS has emphasized a focus towards the needs of police officers when dealing with a suicide case.

“We’re always looking to learn from experts in the field,” she said. “We paid attention and we incorporated this into our four part test.”

Beckett was also asked about the ethics of CPIC — whether a suicide attempt should remain a private matter between a person’s family.

“I do believe that it is ethical for sharing information,” he said. “The debate surrounds the line as to where it gets shared or how it is
used. For border services, to use information for anything other than public safety is where the questions come into play,” he continued.

“It’s very hard to say ‘no you cannot share information’ because it can be valuable and necessary in many circumstances.”

Moving forward, Cavoukian and WRPS are hoping to get more discussion flowing about mental health and public safety.

WRPS have actually partnered with mental health professional when suicide calls come in.

As for Cavoukian, she just hopes that suicide survivors are able to move past their incident without being haunted by past decisions.

“Ensure that they are not continually being stigmatized by this one mistake,” she said. “We have to help them get on with their lives.”