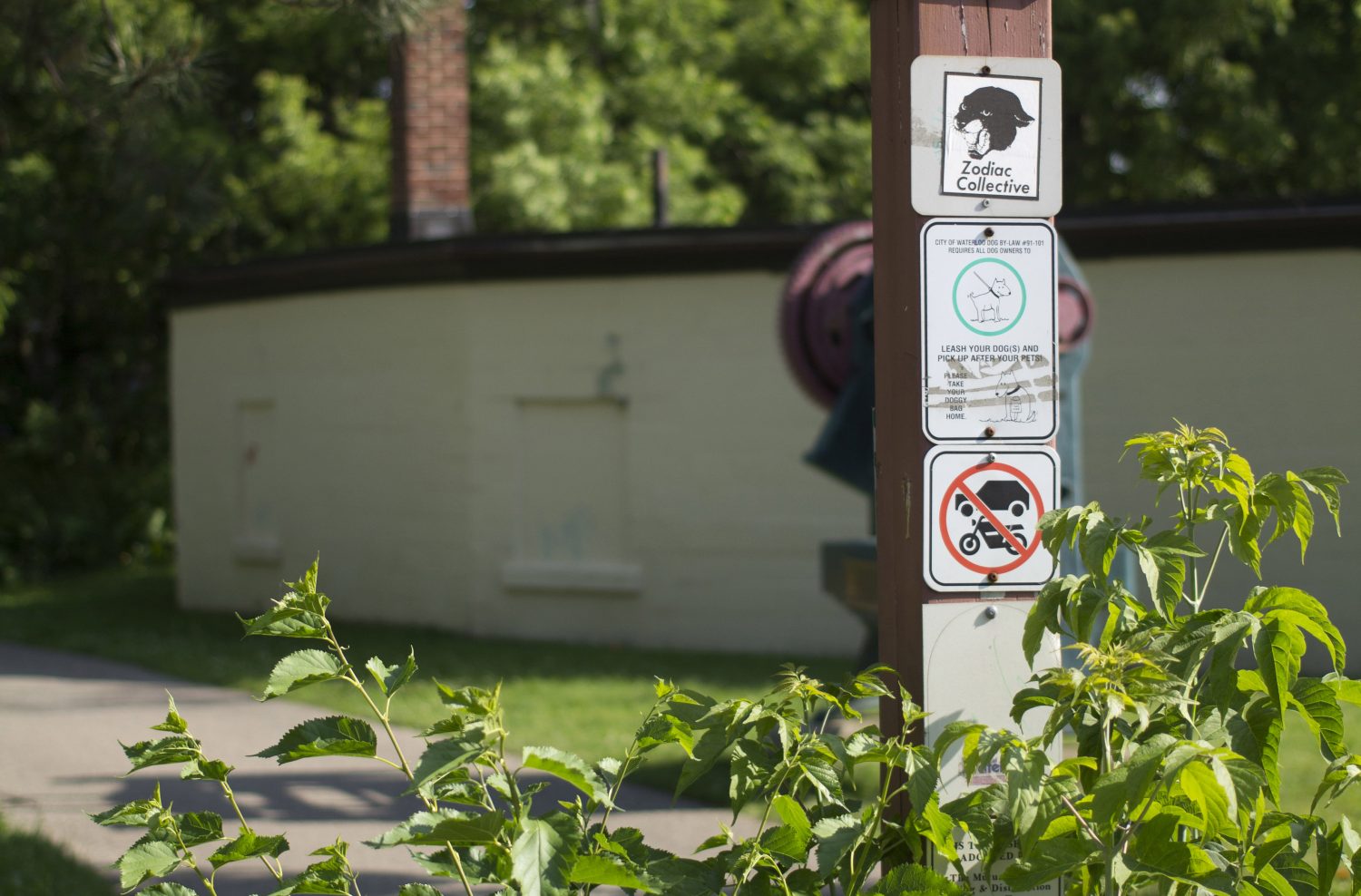 The section of the Iron Horse trail at the centre of this battle is less than 100 ft. long.
• Heather Davidson PHOTOGRAPHY MANAGER

After a heated city council vote, Waterloo is moving ahead with plans to redevelop a portion of the Iron Horse Trail.

On June 10, city councilors voted four to two in favour of moving the trail from where it currently cuts across Park St. and Caroline St. so that the area could be rezoned and redeveloped for a large, multi-use development project spearheaded by Mady Development Corporation.

“It was a difficult [decision],” said Ward 7 councillor Melissa Durrell, who voted in favour of rezoning the land and moving the Iron Horse trail. “But I believe it was the right one for the city of Waterloo.”

The proposed development sits in her ward, one of the areas identified by the City as ideal for urban intensification. The proposed double condo towers could potentially house 600 new residents in uptown Waterloo. The Iron Horse Trail will continue to be owned by the city, and Mady Development Corporation will build it with full input from the municipality and the public.

The June meeting was so well attended that some constituents had to sit in one of City Hall’s spillover rooms to watch the proceedings. Many delegates spoke during the meeting, which lasted two and a half hours. A majority of the speakers were against moving the trail, though representatives from Vincenzo’s and the Charcoal Group, which owns the Bauer Kitchen adjacent to the proposed development, spoke in favour because of the potential benefit to their businesses.

Mike Boos, an advocate with the Tri-Cities Transport Action Group (TriTAG), spoke out against moving the trail at the meeting. He spoke to the CCE a few weeks after the meeting. “The trail is sort of the primary active transportation corridor for the entire region,” he said. “So we were really bothered that this particular plan would sort of relocate away from its historical alignment but do so in a way that actually degrades the experience.”

Boos is concerned that the new path, which will run between the new development and the Sunlife Financial parking garage, will be mostly located in the shade and will have a sharp turn as people exit the path at the corner of the building.

Other concerns were raised at the June 10 council meeting. Roger Suffling, a member of the Bicycle Advocacy Committee of Easy Riders Cycle Club, actually brought a prop to illustrate his point: two meter sticks taped together with bike handles attached to show that the proposed two-meter width of the new bike trail isn’t sufficient for passing cyclists. The development plan as presented includes a four-meter wide separated path for cyclists and pedestrians.

“Standard for multi-use trail is three meters,” said Trevor Hawkins, a development planner with the City of Waterloo. He pointed out that because the pedestrian and cycle lanes are separated, this is not the case here. However, guidelines established by many municipalities indicate that the minimum width of a shared two-way bike lane is three meters, and 3.5 meters is preferred. At the council meeting, representatives from MHBC Planning and Urban Design & Landscape Architecture, who currently represent Mady Development Corporation, did indicate they will revisit the design of the bike path to ensure it meets width standards.

While city council breaks for the summer, city staff will be drawing up plans to start a public consultation process for the new trail. “There will be some opportunities for some level of consultation but how much and how it will work I am not sure about yet,” said Hawkins. Durrell is hopeful that it will be a fruitful process. “We’re looking for a collaborative approach on what the new trail will look like,” she said.

TriTAG is not entirely done exploring their options to oppose moving the trail. “We’re still investigating what is possible through the Ontario Municipal Board,” said Boos. “We’re not saying we’re taking particular action.” Boos also mentioned that the trail could potentially be rerouted along John St. to Caroline St. “That would actually add connectivity to the King St. and Allen St. rapid transit station that is actually going to span the entire block.”

Boos remains optimistic about the future of active transportation in Waterloo. “There’s a number of different projects that the City is involved with and this particular one was I think quite unfortunate,” he said. “But the City isn’t just focused on one thing at a time and there are lots of opportunities to improve cycling in other ways.”